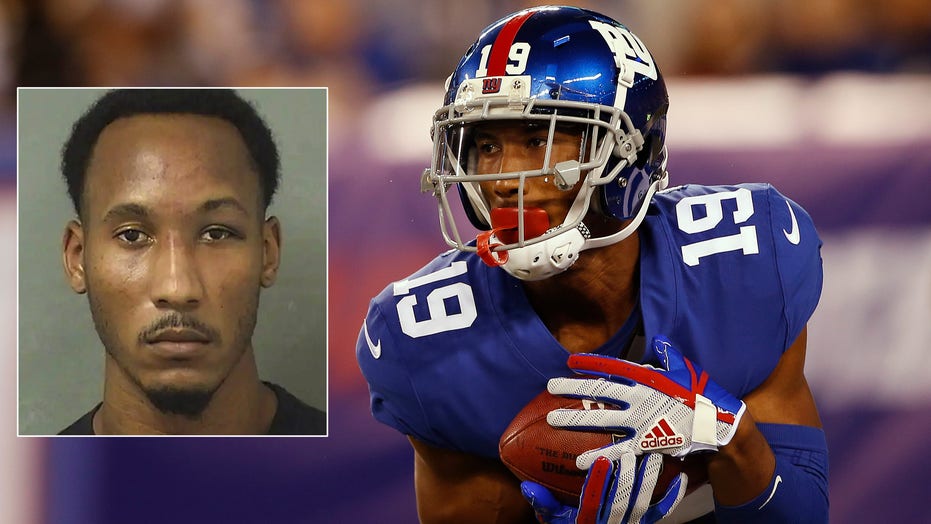 The man former New York Giants’ wide receiver Travis Rudolph is accused of killing last month has been identified by family as 21-year-old Sebastien Jean-Jacques from Palm Beach County, Florida, according to a report.

Izabelle Jean-Jacques identified her son in an interview with the South Florida Sun-Sentinel on Monday as the victim in the April 7 shooting where Rudolph, 25, allegedly opened fire outside his Lake Park home killing one and injuring another.

“The type of person [Jean-Jacques] was, he would go and help a friend,” she told the outlet.  “And this is really what made him go to that location that night. A friend needed help and Sebastien never liked conflict. He always wanted to make peace.”

She continued: “He got killed doing what he does: making peace.”

According to an arrest report, the incident began when Rudolph got into an altercation with his girlfriend.

Witness told police at the time that a group of four people, one of them being Jean-Jacques, pulled up to Rudolph’s home to “talk with” him a few hours later but that’s when witnesses allege a fight broke out. They said the former Florida State standout was then seen going back into his home, from where he returned with a rifle and started firing.

Friends of Jean-Jacques told the Sun-Sentinel that he was “not a violent kid.”

“He was one of the wisest, smartest people I know,” Tyler Freeman said. “He’s not a kid who’s out there on the streets; not a violent kid. He’s a good kid.”

He signed with the Giants as an undrafted free agent in 2017. He played in seven games, making eight receptions for 101 yards and no touchdowns. He was waived the following season but signed with the Miami Dolphins before being sidelined with a torn ACL.