Melbourne Victory coach Kevin Muscat admits the club has no idea when Keisuke Honda will be back in A-League action after suffering a "freak" hamstring injury.

After Victory suggested on Thursday that Honda’s recovery might take four weeks, Muscat conceded on Friday the Japanese international’s return date is a mystery.

The 32-year-old has been a late withdrawal the past two weeks, after a strain in the soft tissue surrounding his right hamstring. 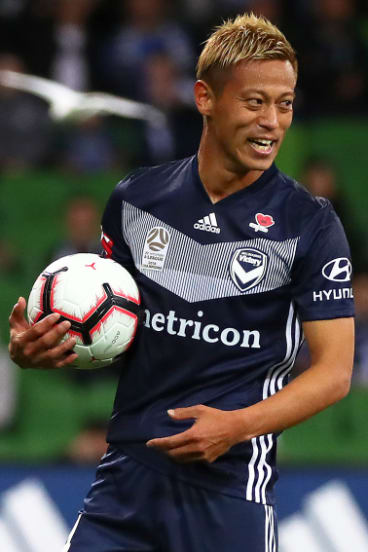 Keisuke Honda has an unusual ailment.Credit:AAP

The Age understands the injury which kept Honda out of Victory's past two fixtures was a myofascial injury connected to lower back soreness.

This injury then led to a traditional tear of the high section of Honda's hamstring, a section nearer to the tendon which is generally regarded a more severe injury than a tear in the middle or lower section of the muscle.

Honda trained fully earlier this week in a bid to face Western Sydney on Saturday but pulled up sore and scans revealed a hamstring tear.

"The specialist that we’ve been speaking to, the rarity of this injury and where it is, the last time he’s seen this was 30-odd years ago," Muscat said on Friday.

"The radiologist hadn’t seen one in his career. It is a little bit of a freak in terms of where it is.

"Keisuke’s into his rehab and we’re working diligently to get him back as soon as healthily possible.

"Having said that, we don’t know when that’s going to be … there’s not as much data on this type of injury as there is with all the other hamstring injuries because of the rarity."

Muscat insisted the club had erred on the side of "extreme caution" by withdrawing Honda from last week’s 1-1 draw with Wellington Phoenix. 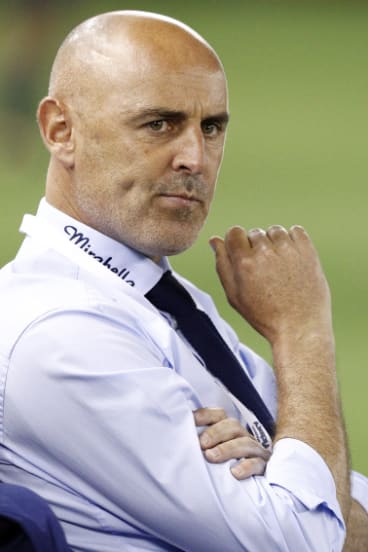 His loss is a major blow for the second-placed Victory, who have drawn their past two matches after winning six in a row.

The former AC Milan star co-leads the Victory with five goals this season, is equal second in the league with assists (three) and leads the club in chances created (21).

Victory enter a vital stretch of seven games in the next month, including heavyweight bouts against Wellington and Sydney FC later this month.

They are also likely without defender Nick Ansell for some time after he too sustained a hamstring issue but imports Raul Baena and Georg Niedermeir are nearing returns.

Muscat indicated that neither would start against the Wanderers, but hopes they can soon be reintegrated into the club’s championship defence.

Western Sydney will be desperate to respond at ANZ Stadium after their famed Red and Black Bloc walked out midway through Tuesday’s 2-0 loss to Melbourne City.

But the numbers aren’t in the Wanderers’ favour.

They have won just once in their past 15 meetings with Victory and have lost their past three games at ANZ Stadium, their worst run at the venue.