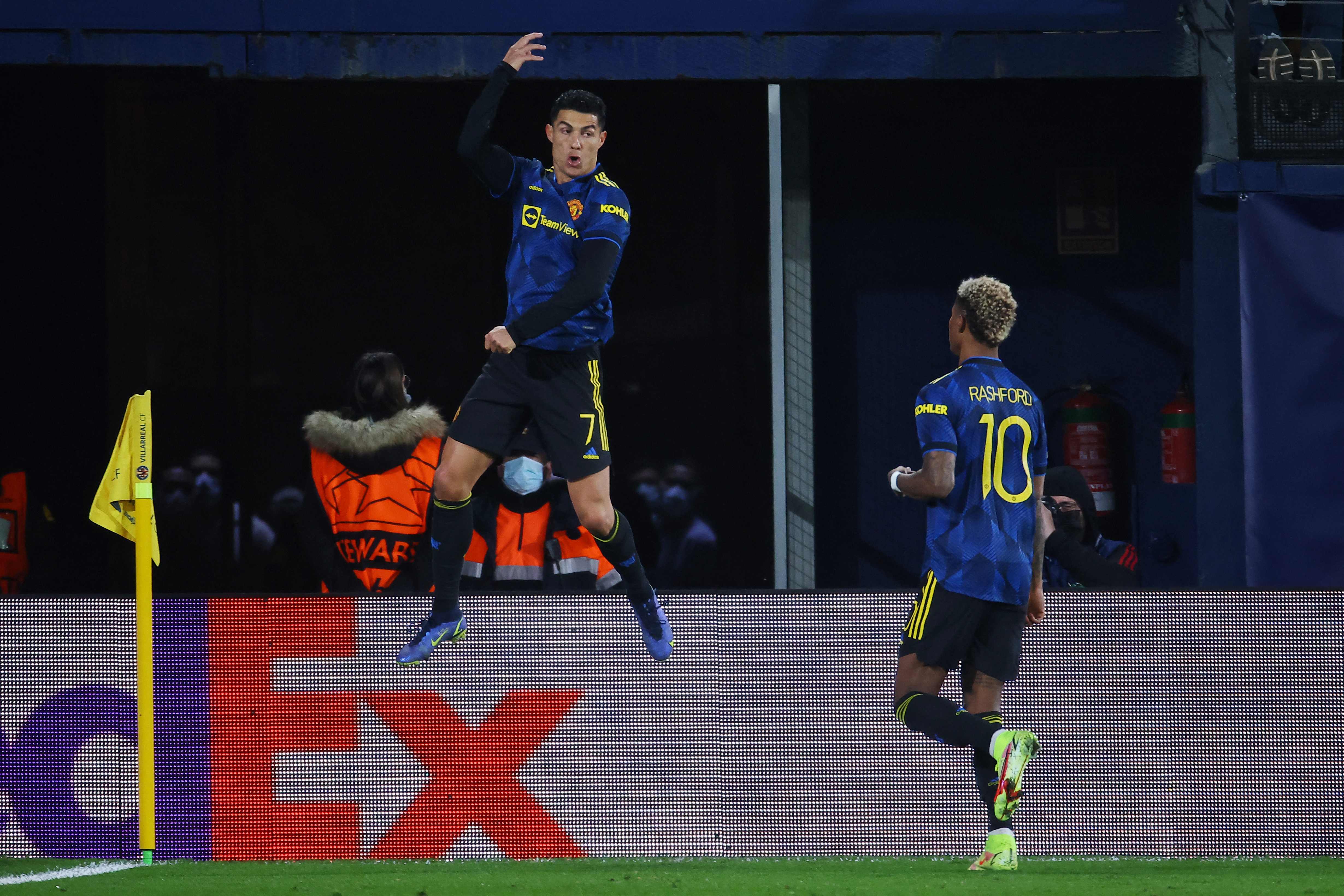 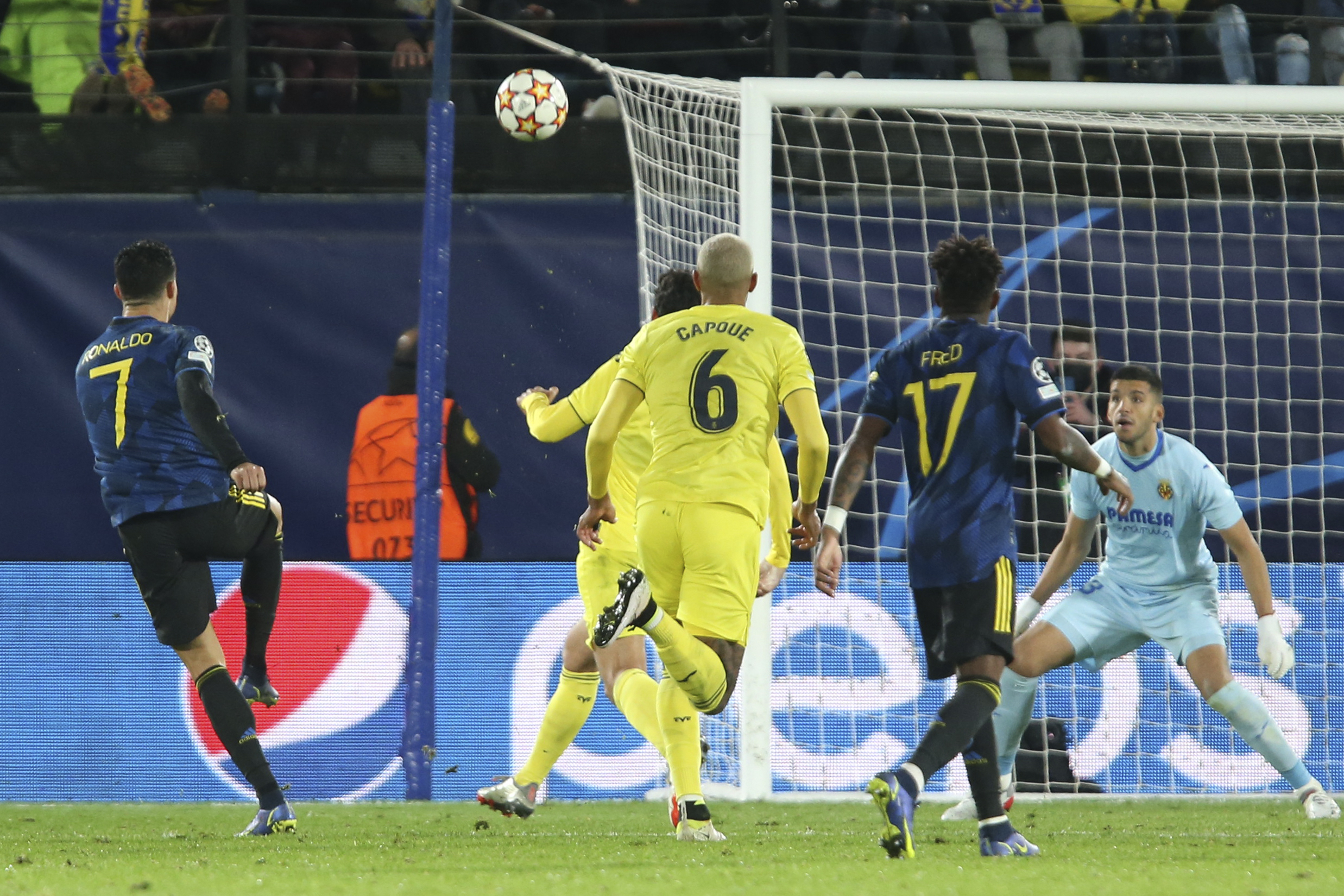 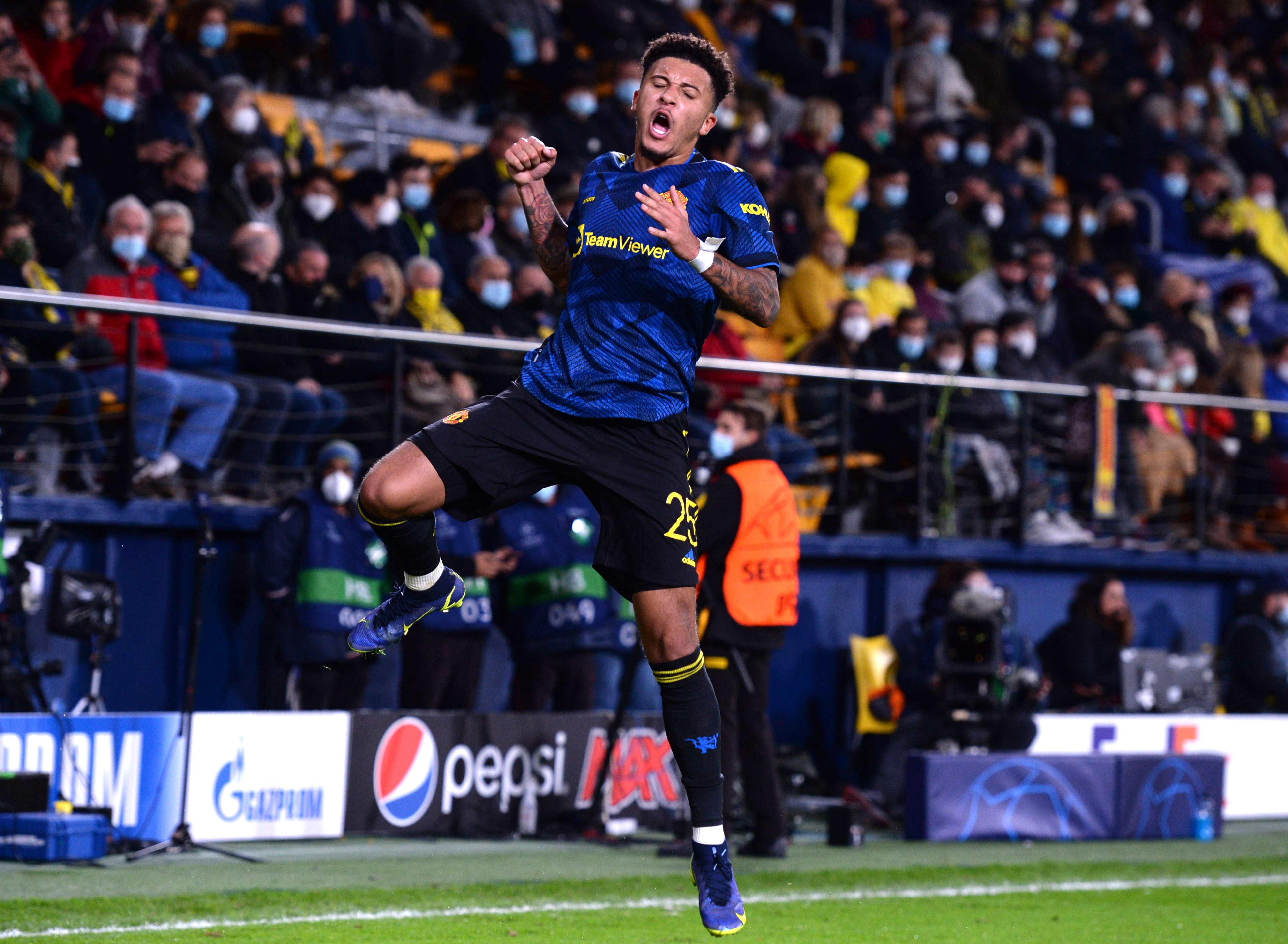 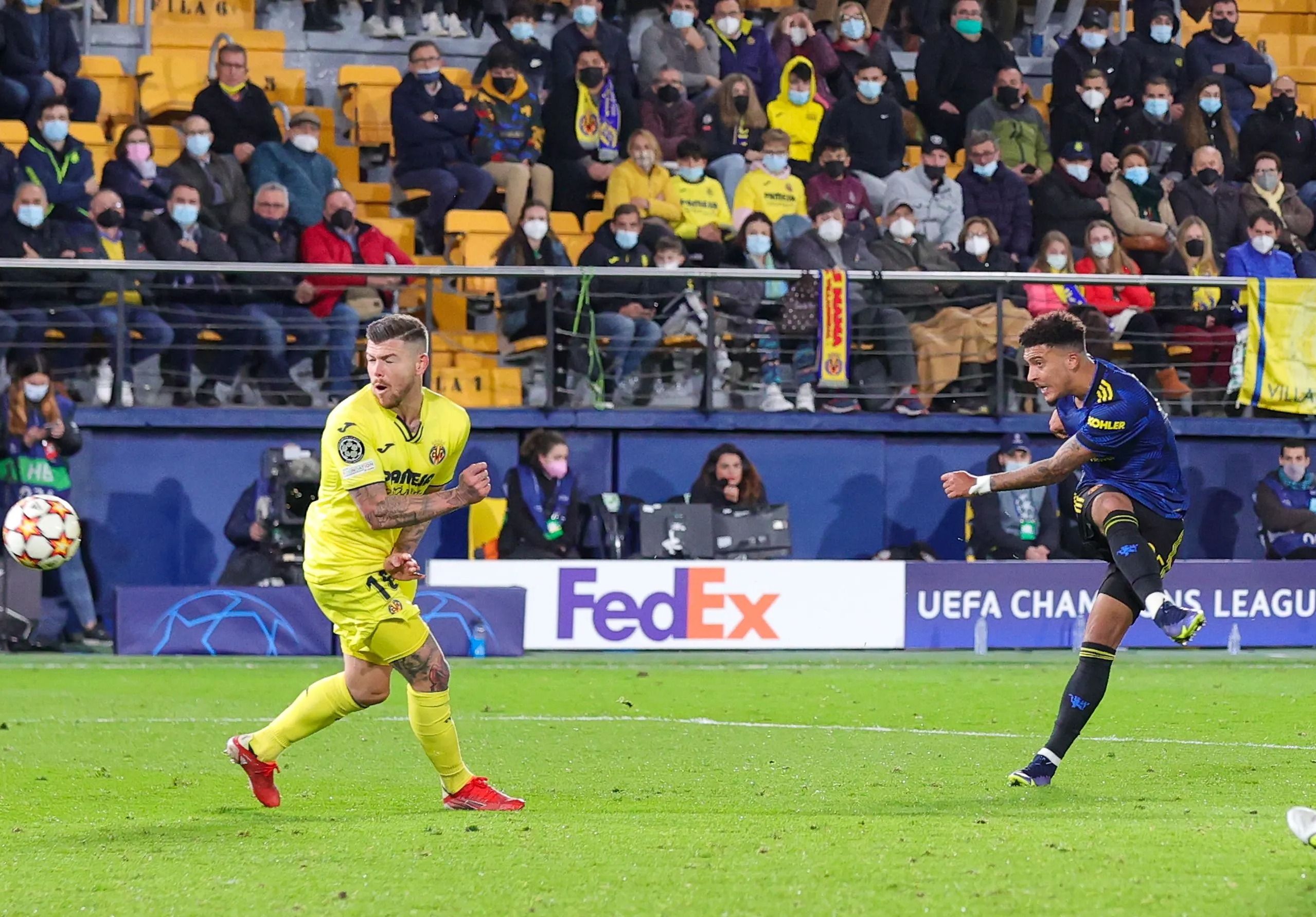 Doesn’t track back enough, shouldn’t have to accommodate him.

What rot, the guy is a phenomenon and when it comes to the Champions League, a legend.

Five times he has won the competition starting with that 2008 victory with Manchester United on a rainy night in Moscow.

Four more followed with Real Madrid and at 36 he does not want to stop there.

Nobody history has scored more goals in the competition than him.

Now Ronaldo has single-handedly dragged United into the next game with a game to spare scoring six of their ten goals from five games in Group F. 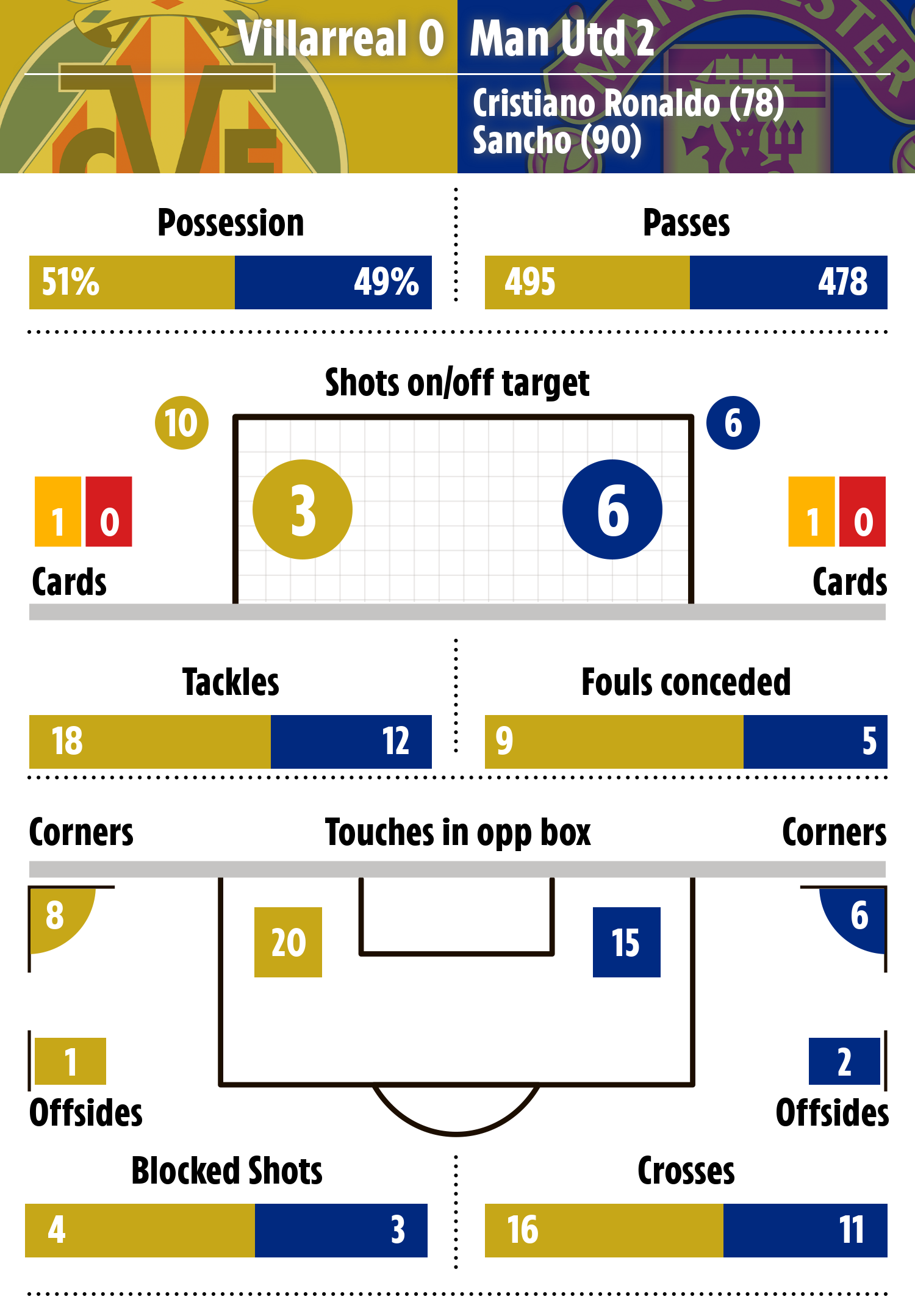 Twice now he has late goals against Villarreal, there was also that 95th minute winner against Atalanta and another with the whistle about to blow away in Bergamo to steal a point.

It is the nose for a chance, the scent of goals that United got him for. It is why Manchester City wanted him.

Last night it was there again with the 78th minute winner.

Villarreal goalkeeper Geronimo Rulli played the ball out to Etienne Capoue but Fred was on to him.

Ronaldo could see he was in trouble and moved to receive the ball that Fred forced forward and then looped a shot over the advancing keeper.

Jadon Sancho then made it two in the 89th minute with a thunderous shot in off the bar for his first goal for the club.

What a way for Michael Carrick to celebrate his first game as caretaker boss.

Carrick made a big call before kick-off axing Bruno Fernandes as one of his four changes from Saturday’s side hammered 4-1 at Watford.

Fernandes could have no complaints as he was left out for Donny van de Beek who at least did a few good things at Vicarage Road in United’s purple patch from half time to the hour.

For a while here it looked like we were going to get more of the same stuff that lead to Solskjaer losing his job.

Once again they were more than happy to have David de Gea in top form.

They mustered one effort on target from three in the first period, that a weak Ronaldo header that dropped into the hands of a grateful goalkeeper.

Villarreal for their part had three on target from nine and De Gea needed to be alert.

Imagine if he had been having a bad time like everyone else of late.

He was called upon as early as the fifth minute to deny Gomez Bardonado.

He pulled another one out the top draw to deny Manu Trigueros in the 27th minute.

It was a chance all too easy in it’s creation. 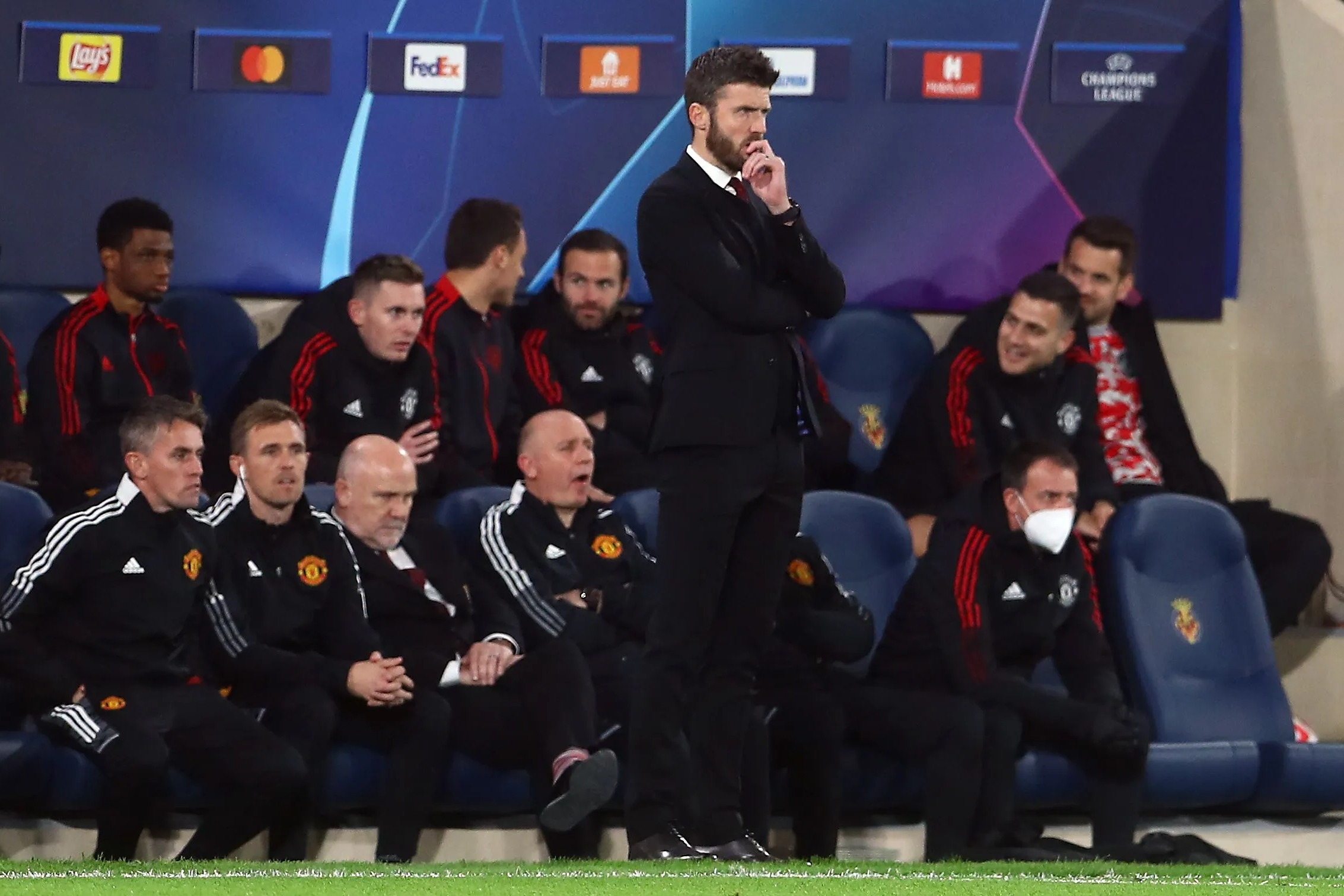 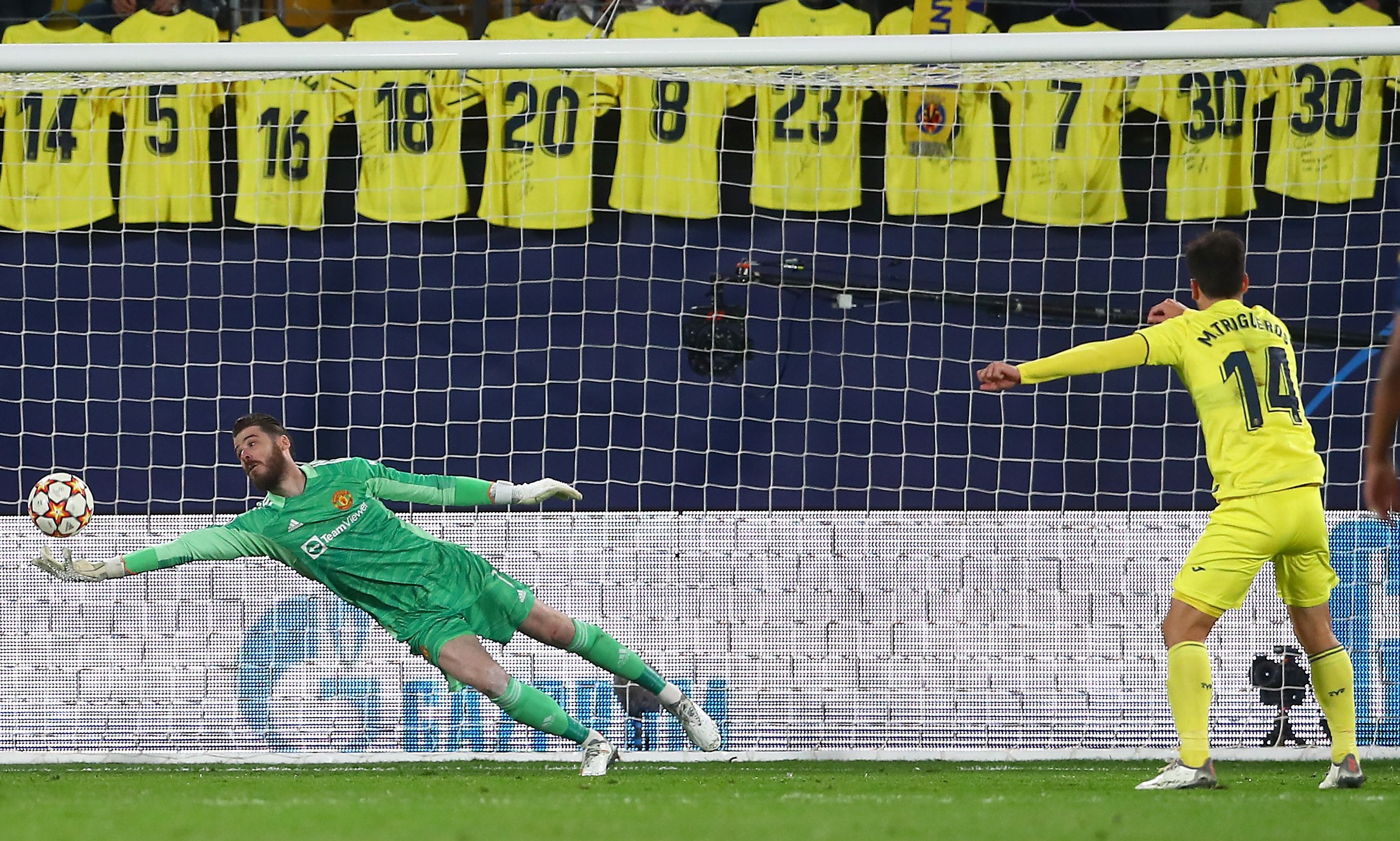 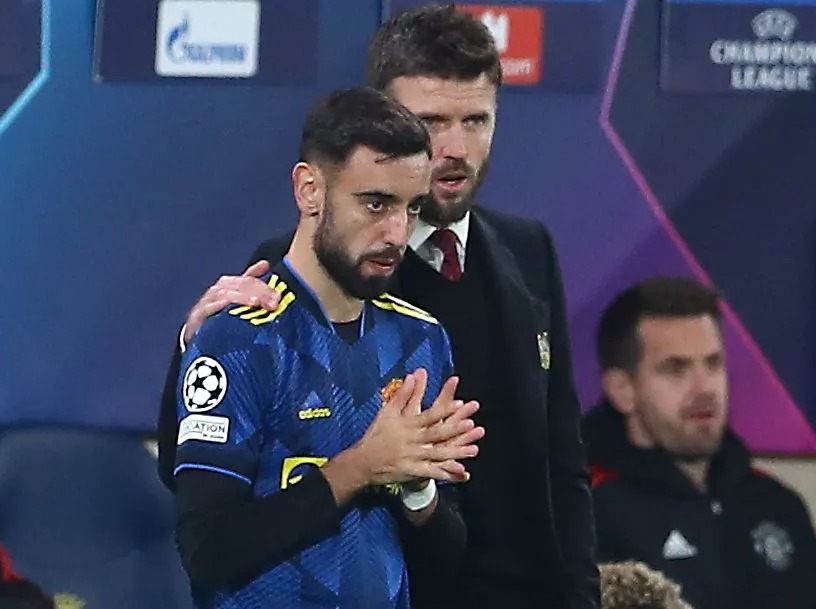 A long punt upfield from goalkeeper Rulli sailed over the head of Alex Telles and Yeremi Pino was in.

He cleverly pulled it back for Pino whose shot was expertly saved by De Gea at full length.

They were nothing what he produced just short of the hour when Munoz’s shot into the deck looked to be heading into the far corner before he flung out a palm and clipped it wide.

The Villarreal players had their heads in their hands at what they had seen to deny them.

At the other end there was nothing.

A Scott McTominay header into the side netting right at the start, that Ronaldo header and a free kick from the same player that smacked into the wall at thigh height.

What must he be thinking, especially when he has Anthony Martial ambling alongside him.

There was a moment when the ball looked to be rolling out of play but there chase to be had.

Those sort of chases David Beckham used to go on to keep the ball alive even if United were 3-0 up in the last minute.

Martial decided a bit too late to give it a go, just got to the ball but not with enough control to keep it in play.

Have you ever seen a footballer look less interested in football?

Little wonder he was off after 66 minutes for Marcus Rashford along with Van de Beek who went for Fernandes.

It was Fernandes who then opened Villarreal up.

Jadon Sancho cut in from the right and exchanged passes with him, the return perfectly weighted for him to take inside another man and shoot only for Rulli this time to produce the goalkeeping heroics.

United had been patient and were now suddenly going up the gears.

With Ronaldo anything can happen and in this competition it usually does.

This time when the players approached the fans at the final whistle the applause either way was mutual.

Khabib will be on Fight Island for Conor McGregor's bout vs Poirier.. to help cousin Umar prepare for UFC debut