UCLA gymnast Katelyn Ohashi did not disappoint in her final collegiate floor routine on Saturday at the 2019 NCAA women's gymnastics championships in Fort Worth, Texas.

ESPN reporter Holly Rowe may have said it best during the broadcast of Ohashi's performance: "She is just all joy, all woman power." Ohashi, whose fame skyrocketed after a viral, must-see performance in January, put her fun-loving style on display, and scored a 9.950 for the Bruins.

Here's a look at the outstanding finale to her college career at UCLA.

Ohashi burst onto the scene with an absurdly perfect — literally 10 of out 10 — floor routine at UCLA earlier this year. But it wasn't just that she executed such a difficult route with tremendous style. She also seemed to have so much fun in the process.

Apparently, she cares about others taking joy from her routine, too. After seeing the documentary"Leaving Neverland," an in-depth look at Michael Jackson's history of sexual abuse, Ohashi removed one of the musician's songs "to stand beside those who know what it is like to be sexually abused," she explained in a personal blog post.

Ohashi, 22, will graduate from UCLA in June with a major in gender studies. 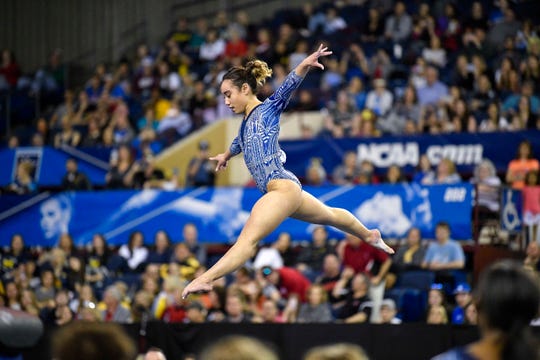 The main culprits behind my Yankees and Mets failure

US racing tips: Templegate's best bets for the meeting at Tampa Bay on Sunday live on Sky Sports Racing