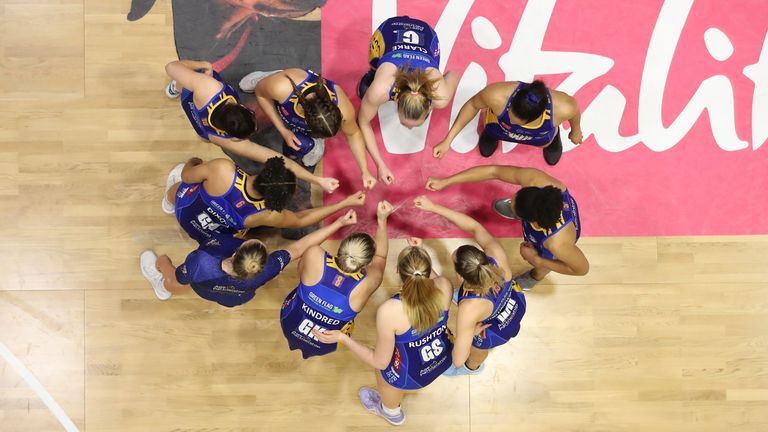 The Vitality Netball Superleague Rescheduling Competition Committee have announced that Leeds Rhinos Netball’s two remaining fixtures of the regular season will be declared as cancelled, and that Rhinos will be awarded the points for both games.

Dan Ryan’s team were due to play against London Pulse and Celtic Dragons in Round 20, and the fixtures would have completed their regular season campaign. However, they are currently isolating due to a positive COVID-19 result within their camp.

The statement from the committee said that the decision was made because of a predetermined rule in place, which states that where matches are cancelled because of a positive COVID-19 case, the result of the previous fixture in the season will be applied.

Leeds Rhinos Netball beat Celtic Dragons 65-35 in the opening round of the season and London Pulse 40-38 in Round 8. As a result, the decision was made to award Leeds Rhinos the points in both of the cancelled games.

Dan Ryan’s outfit will therefore finish the regular season with 36 points in total, putting them in fourth place in the final standings. After results from Round 19 fixtures, that will see Leeds Rhinos progress to the semi-final match on Saturday, June 26.

Sky Sports is your home of netball. The Vitality Netball Superleague continues on Sunday, with four matches back-to-back streamed on the Sky Sports YouTube channel from 12pm.