PHIL FODEN has long been tipped as a future star of Manchester City and England.

But new footage shows just how much the wonderkid already had his head screwed on as a 10-YEAR-OLD. 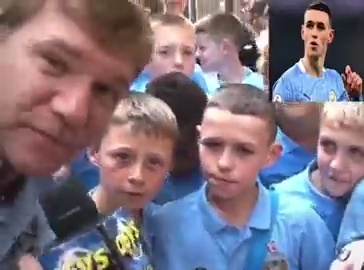 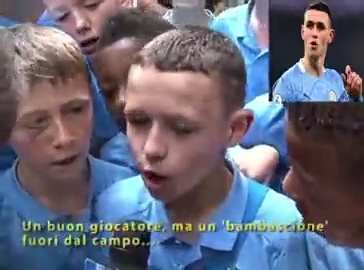 The Italy talent was famed as much for his madcap antics off the field as his iconic goals on it.

And the young Foden couldn’t resist a cheeky dig when asked by an Italian interviewer what he thought of the striker.

He said: “He's a good player but he's got a bad attitude off the pitch.”

The video appears to come from a pitstop on a tour of Italy for Foden and his City academy team-mates.

Fast forward a decade and the 21-year-old Foden is now one of boss Pep Guardiola’s first names on the team sheet.

Balotelli on the other hand left the Etihad for AC Milan back in January 2013.

He scored 30 goals in his two-and-a-half years in Manchester before being let go after scrapping with manager Roberto Mancini.

He regularly hit the headlines with his shenanigans off the field, with former team-mate Micah Richards revealing Balotelli ‘set off fireworks’ in his kitchen.

Rumours suggested he once threw a dart at a youth-team player and dressed up as Father Christmas, handing out money to the people of Manchester.

And he famously showed off his 'Why Always Me?' t-shirt after netting in the 6-1 derby victory over arch-rivals Man United.

Thomas Galligan: Moving the All-Ireland semi-final against Dublin out of Croke Park would help Cavan