LIGUE 1 descended into chaos yet again as Dimitri Payet was struck on the head by a full bottle of water thrown from the stands as Lyon vs Marseille was abandoned.

Payet, 34, headed over to take a corner for Marseille just four minutes into Sunday night's clash. 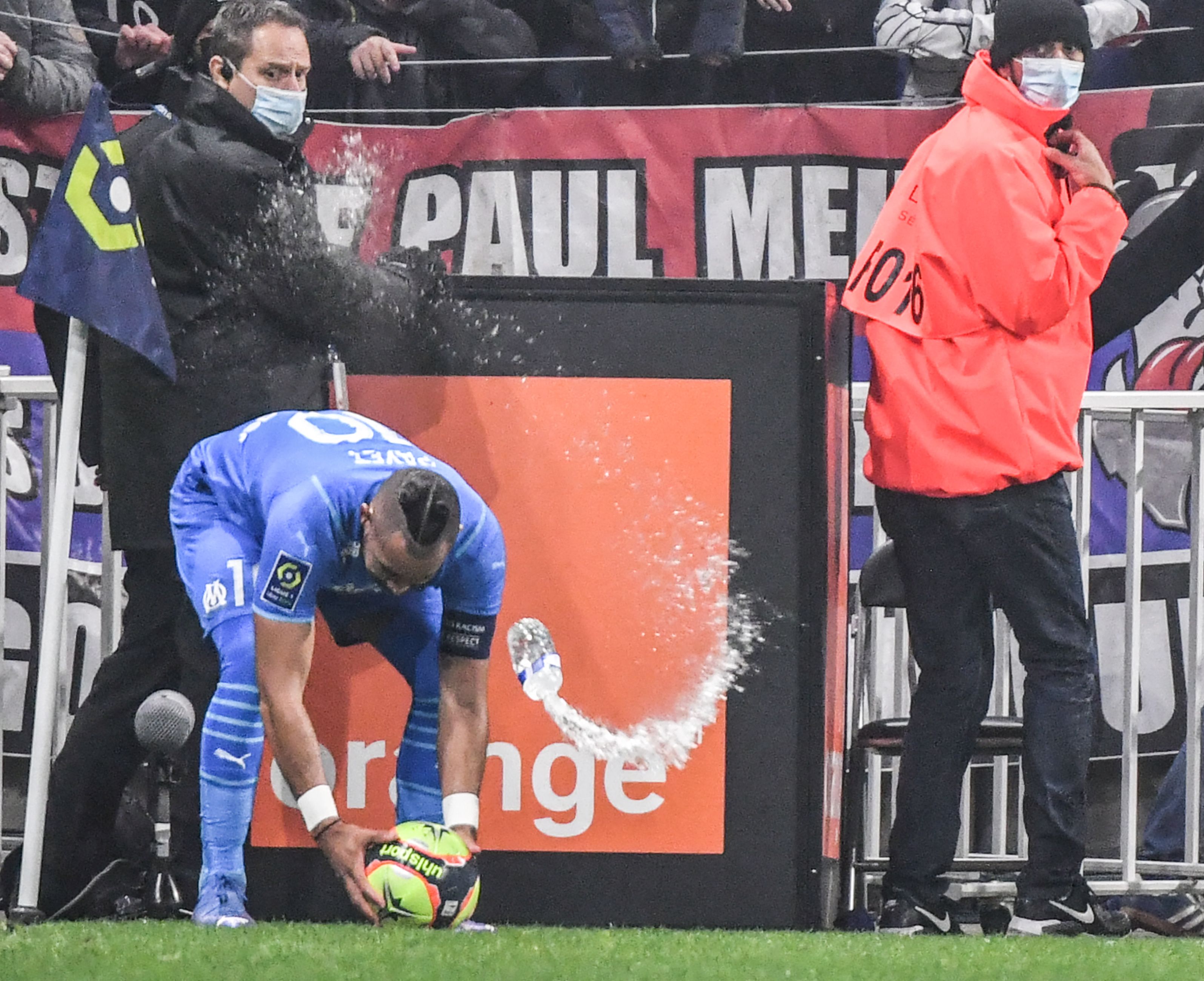 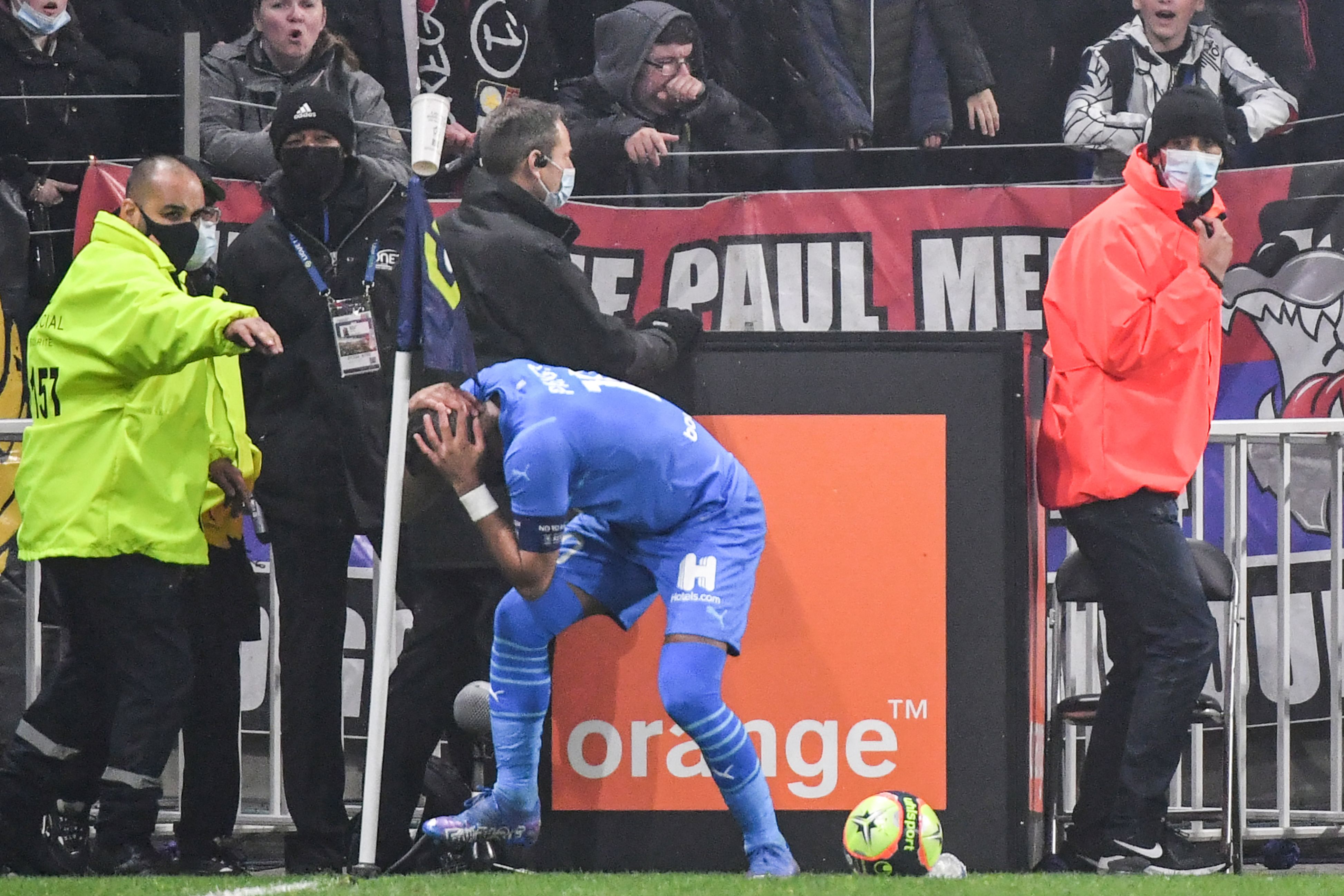 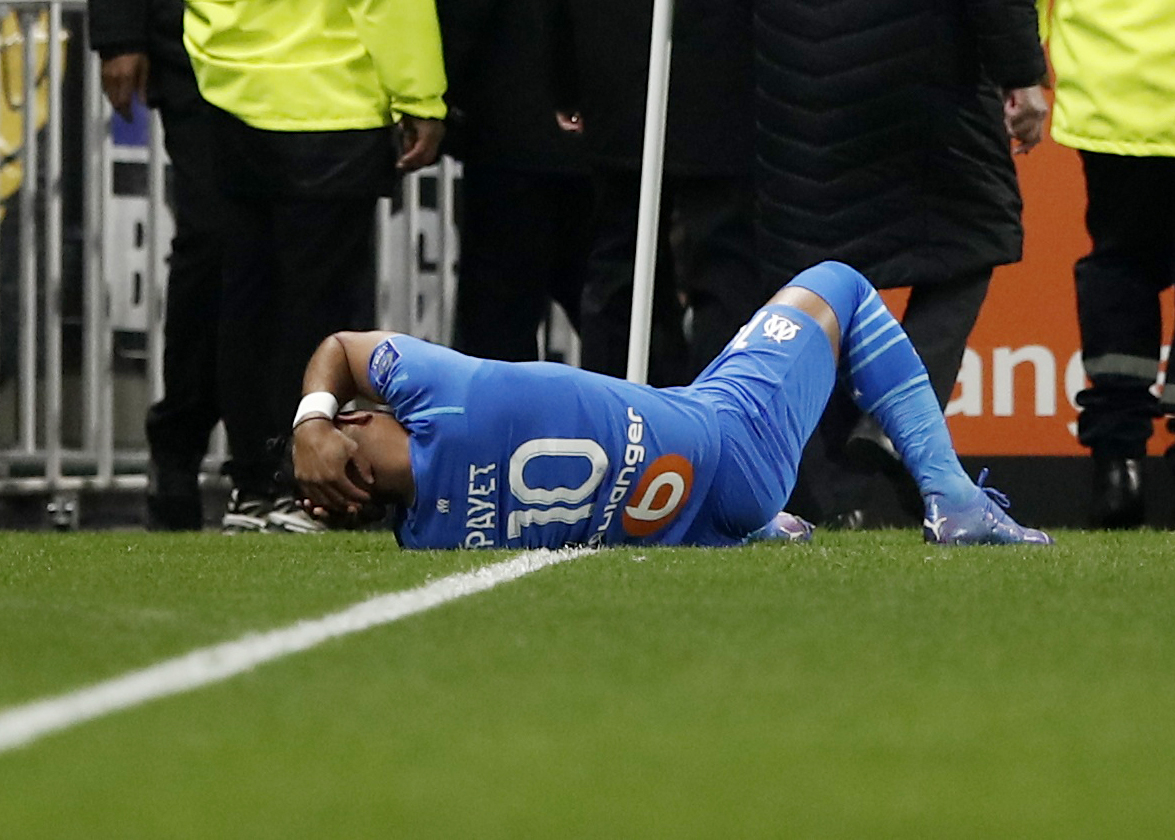 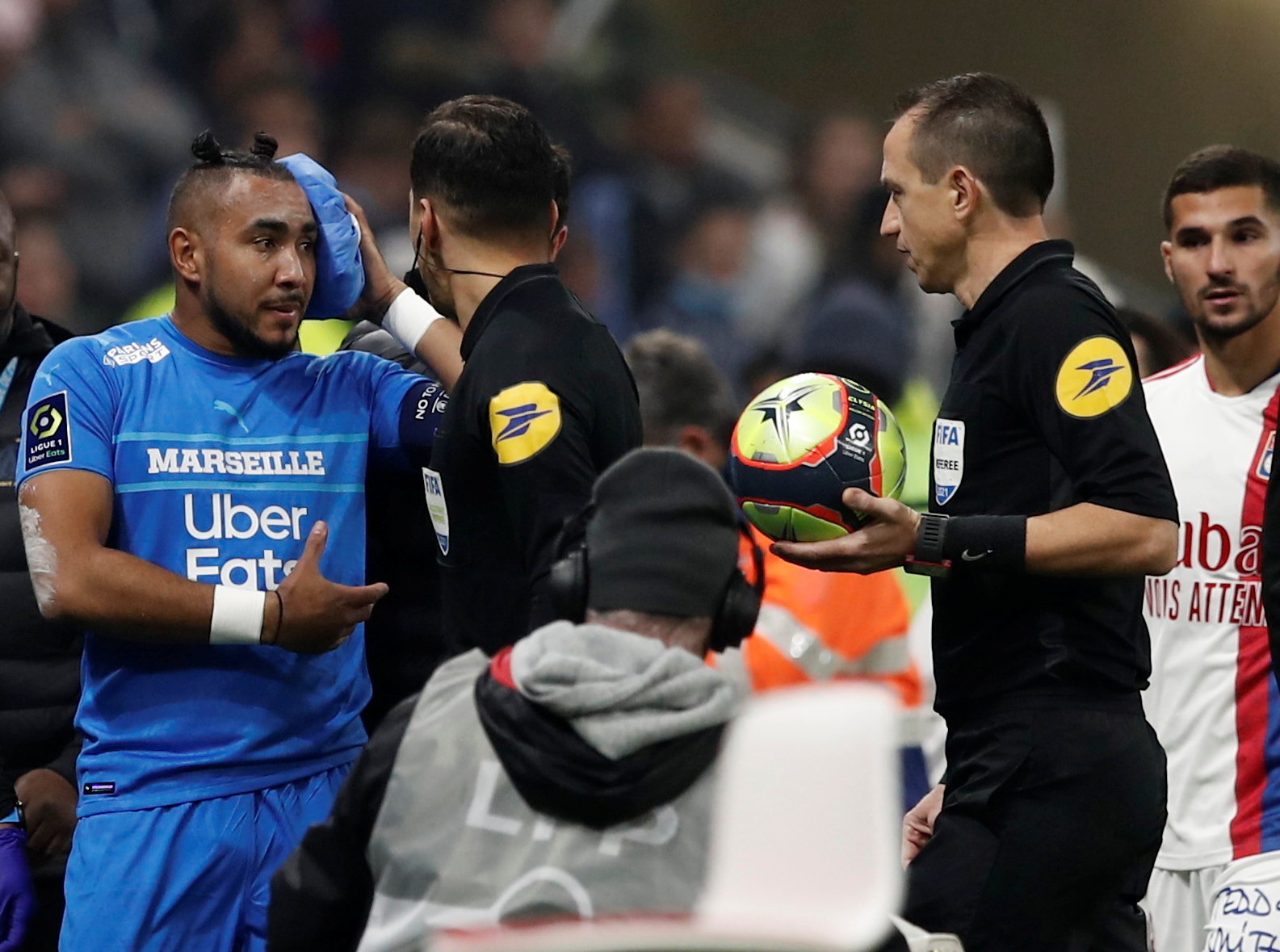 But as he prepared to take the kick, a thug in the home end hurled the plastic bottle which whacked the former West Ham man across the cheek.

A stunned Payet took a couple of steps before collapsing to the ground, clutching his face.

Marseille players rushed over to defend their team-mate while Lyon's stars pleaded with their own fans to stop.

The referee Ruddy Buquet halted play and eventually took both teams back down the tunnel as Marseille boss Jorge Sampaoli furiously remonstrated with the officials.

Payet stayed down for around four minutes, with medical staff tending to the 38-cap France international.

Thankfully, the playmaker did not need the stretcher brought over for him.

He was able to walk off the pitch gingerly, pressing a bag of ice against his face in an attempt to reduce any swelling.

The match, which kicked off at 7.45pm UK time, was suspended for an hour and a half before Lyon tweeted pictures of their players warming up again.

But two hours after the incident, they took to social media again to confirm the game would not be restarting.

The shocking scenes have become far too commonplace in French football since fans returned to stadiums – with Marseille at the thick of much of the trouble.

Before the international break, Lionel Messi had a counter attack halted by a fan invading the pitch while the clash against PSG was suspended when Neymar needed riot police protection after being targeted by missiles.

Elsewhere, Marseille's Champions League tie against Galatasaray was marred by rival fans launching flares at each other.

Les Phoceens' 0-0 draw with Angers was also not without trouble as hooligans overwhelmed security and stormed on to the pitch to confront the home fans.

And in August, Nice fans lobbed another bottle at Payet before a mass brawl broke out between supporters, players and staff.

Marseille physio Pablo Fernandez was banned for nine months after thumping a pitch invader to the ground amid the havoc. 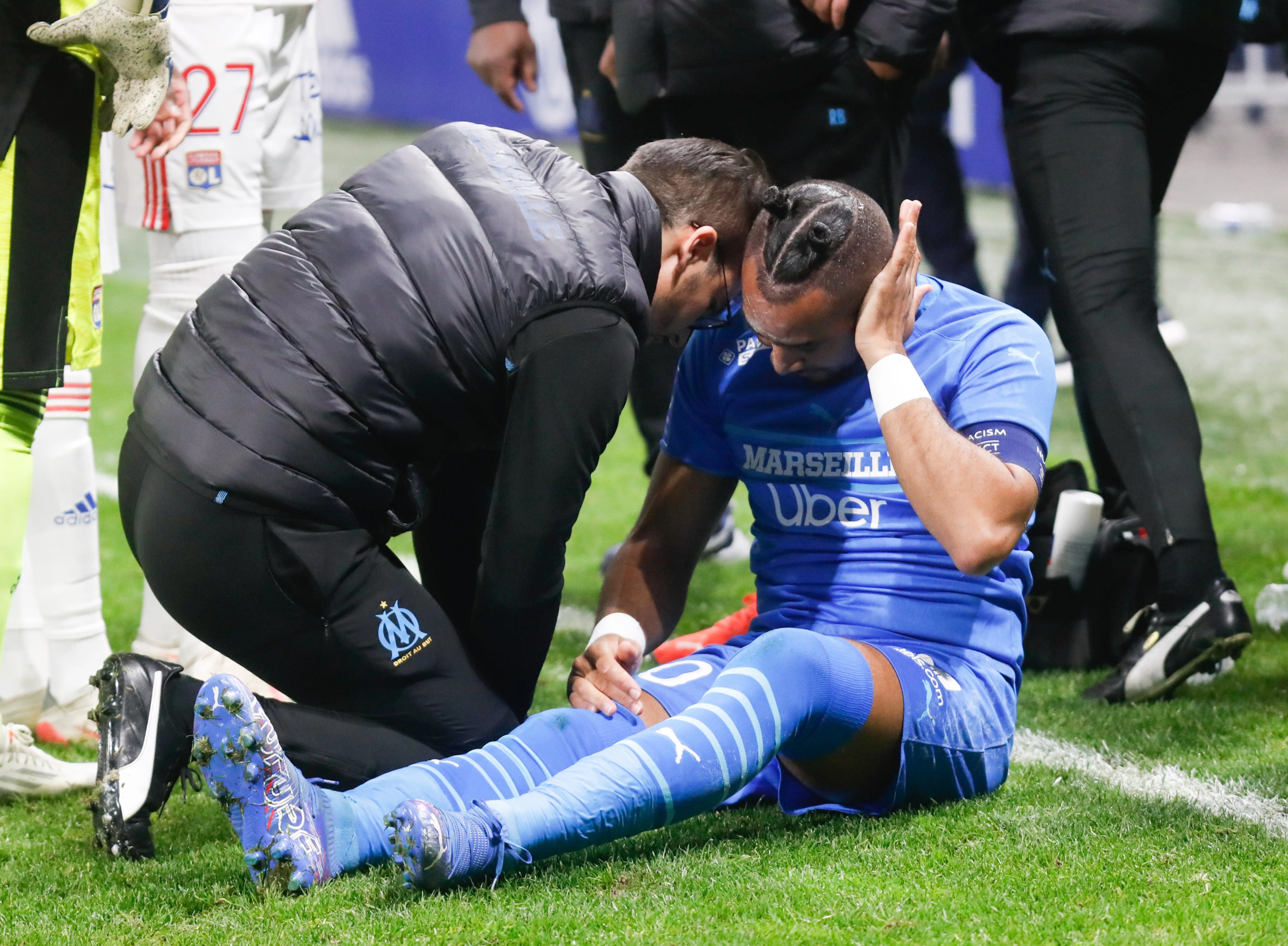 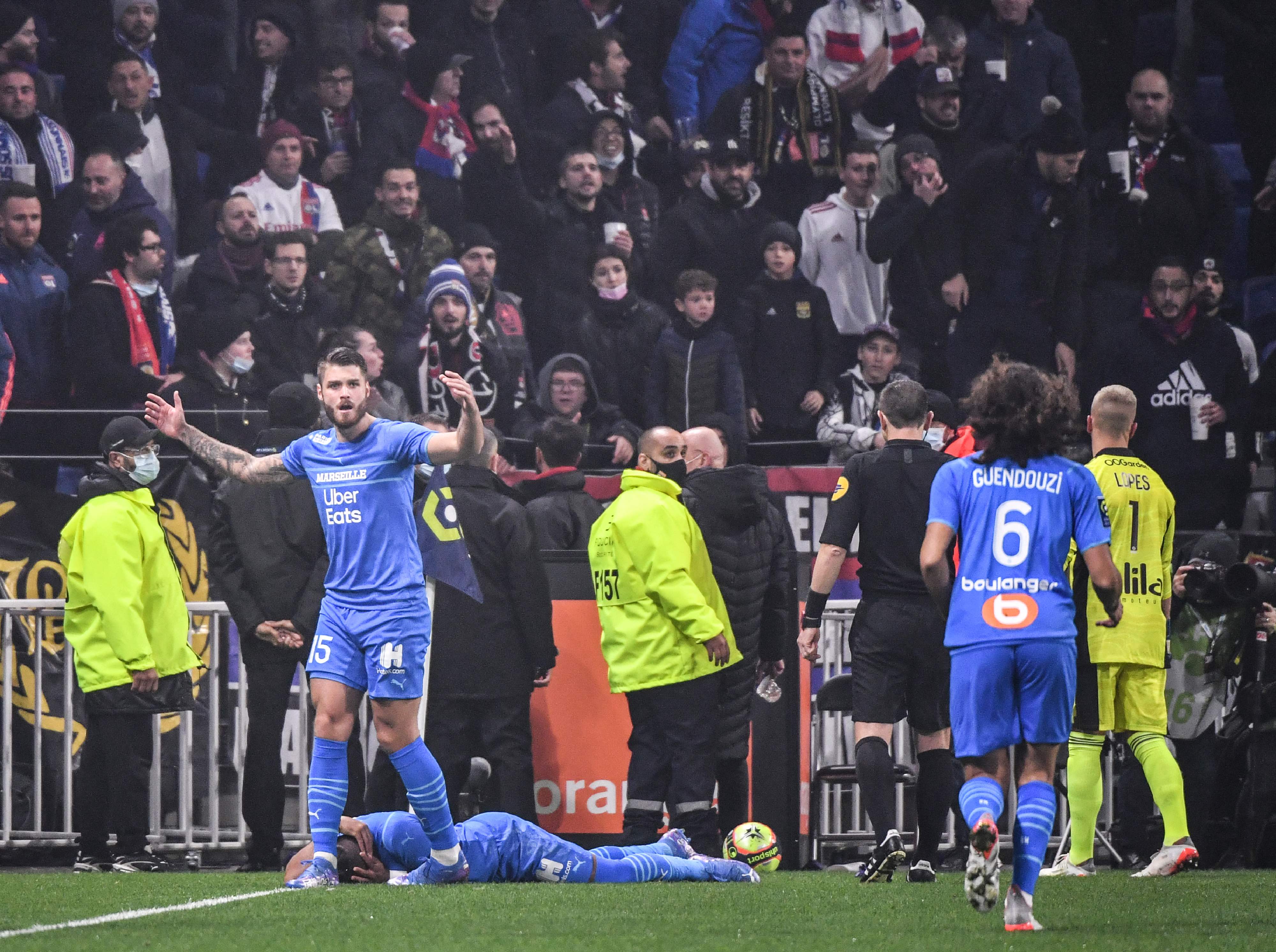 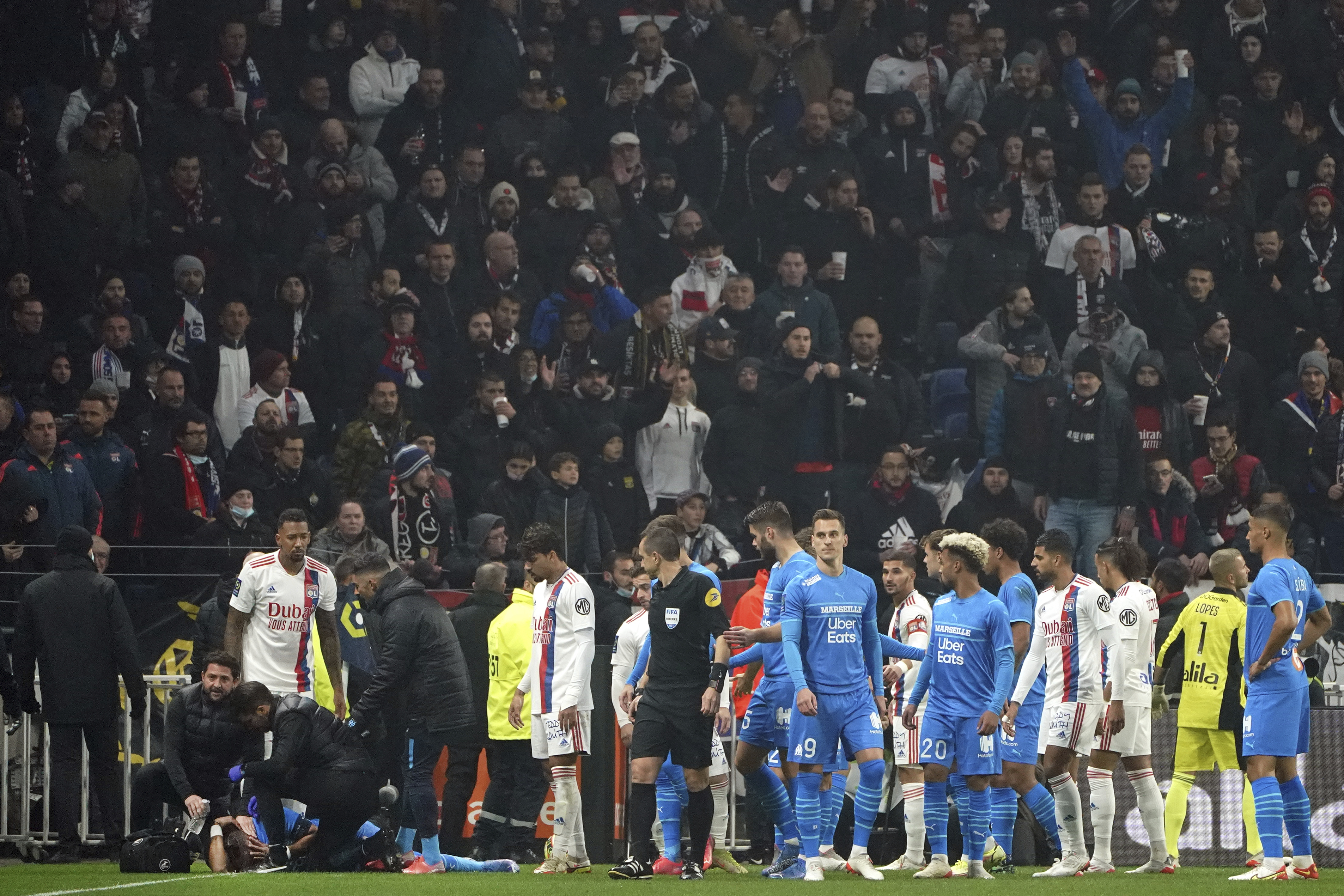 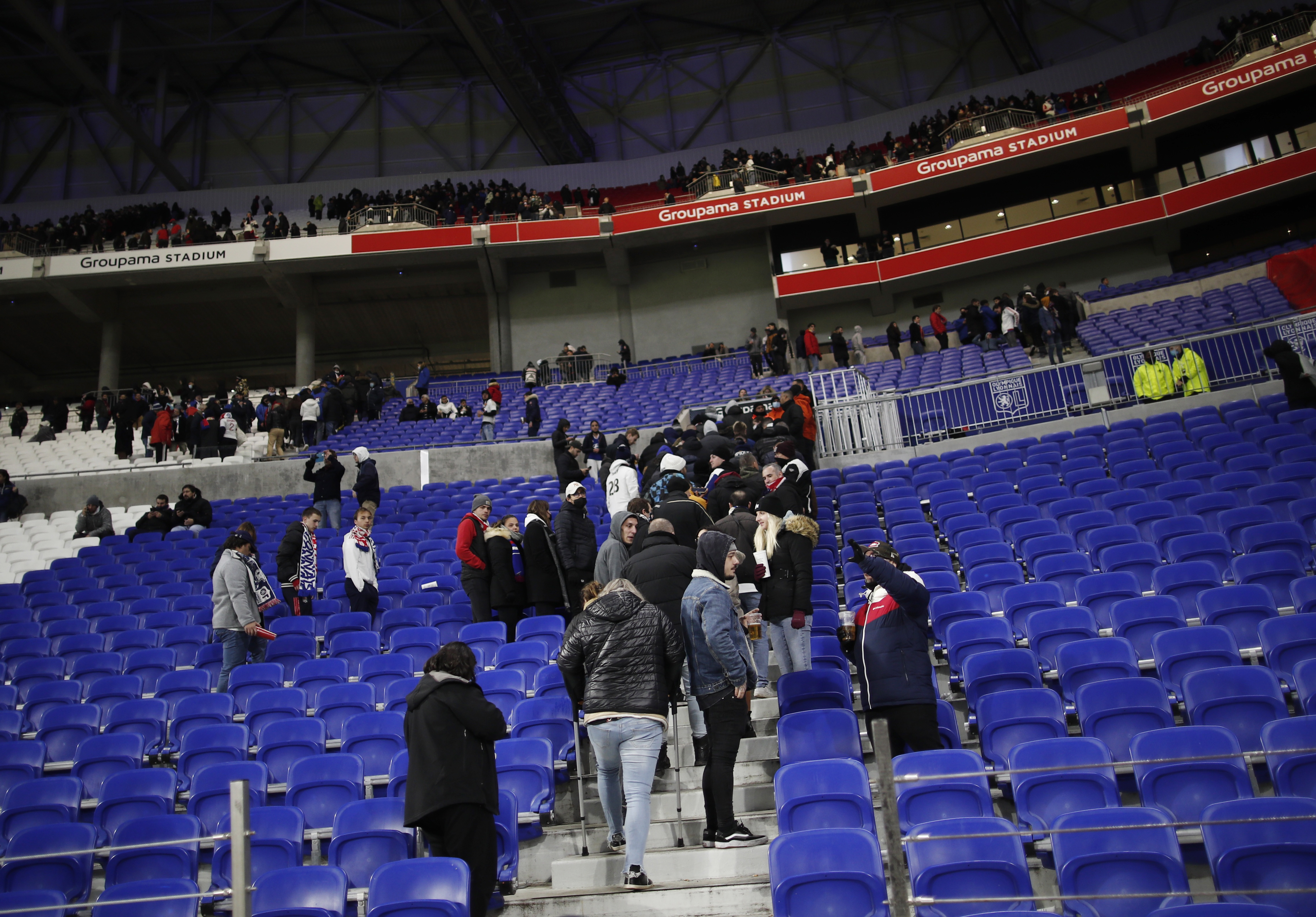