The mammoth-sized strongman posted a clip to Instagram showing him pounding some pads ahead of next year’s highly-anticipated boxing match against ‘The Mountain’. 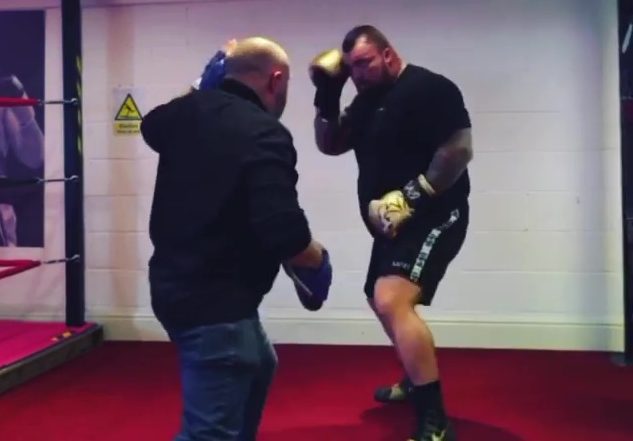 And Hall, known as ‘The Beast’, even appears to have the backing of highly-rated trainer Ben Davison – the man credited with saving Tyson Fury’s career.

The pair’s rivalry spilled over at the start of the month after Bjornsson controversially broke Hall’s world-record deadlift by a single kilo in his home gym.

They will now take their beef to the grandest stage of all – Las Vegas, USA.

But the war intensified last week when Hall posted a video dismissing Bjornsson’s claims he cheated his way to the World’s Strongest Man title in 2017.

2018 victor Bjornsson, who appeared in HBO’S Game of Thrones as villain Ser Gregor Clegane, later revealed he will no longer compete at WSM due to the involvement of qualifier hosts Giants Live in the video’s creation and distribution.

Unless he decides to take part in other evens like the Arnold Classic, Bjornsson can now spend all his time preparing for the boxing fight.

But Hall has shown he is already looking in good nick, displaying some powerful hits with menacing speed despite weighing over 25 stone.

Posting a video to Instagram that was taken before lockdown, Hall wrote: “Peekaboo motherf***er @ 165kg bodyweight. 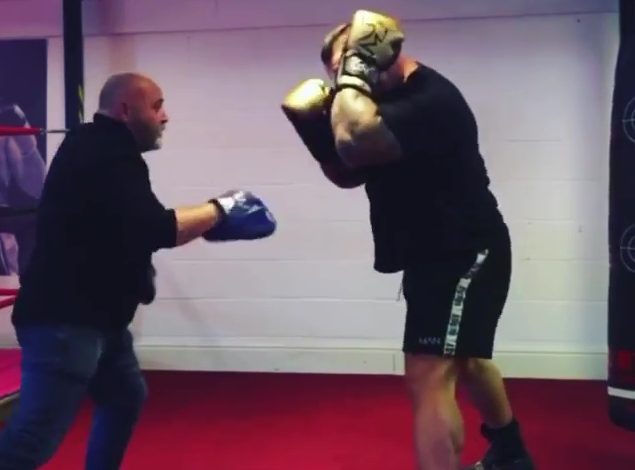 “By the way guys I’m still isolating, this is old footage.

“I’m not working with a coach at the moment, but I hope too in a few months and have everything in full swing.”

Hall may not have to look too far after world-famous boxing trainer Davison stepped in with some pointers.

He commented: “Important to learn during training to be able to relax and flow before, during and after the shots. 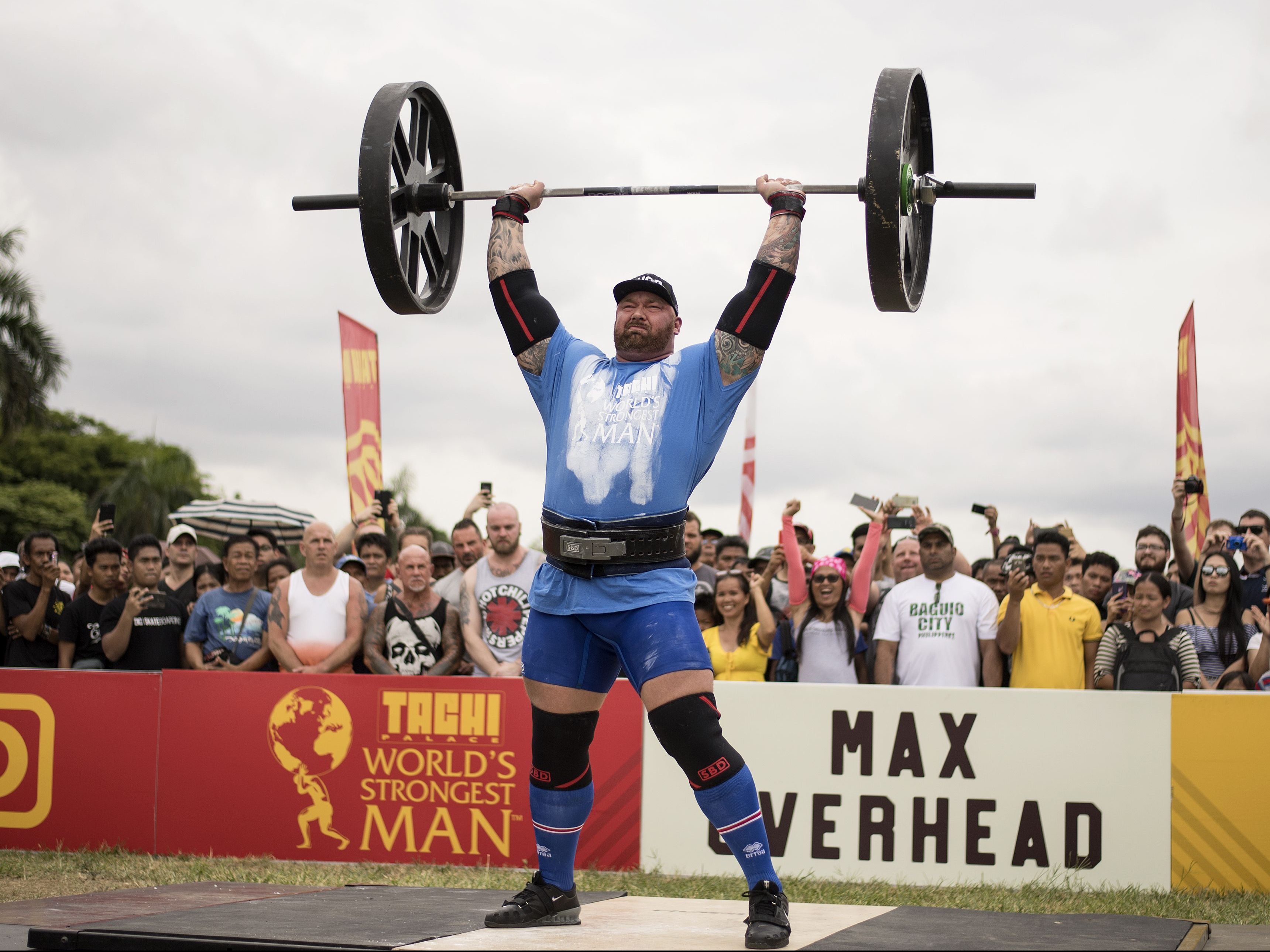 “That’s where the skill, art and levels are. Be worth working some rounds with no punches being thrown.

In a Q&A on Friday night, Hall revealed he is still lifting heavy weights in preparation for the fight, but is focusing more on explosive power and fast reps.

He’s doing three boxing sessions a week from home and has even cleaned up his diet.

Gone are the tasty takeaways, crisps and chocolate.

Indeed, Hall is still putting away around 7,000 calories each day as he looks to shed the pounds, and admits he snacks on wraps, apples or bananas if he slows down DURING exercise.