TOTTENHAM fell apart against Bayern Munich and it somehow could have been even worse – if Serge Aurier had been sent off for hacking David Alaba.

The right-back, 26, went in with both feet off the ground having badly misjudged Alaba's slide tackle clearance. 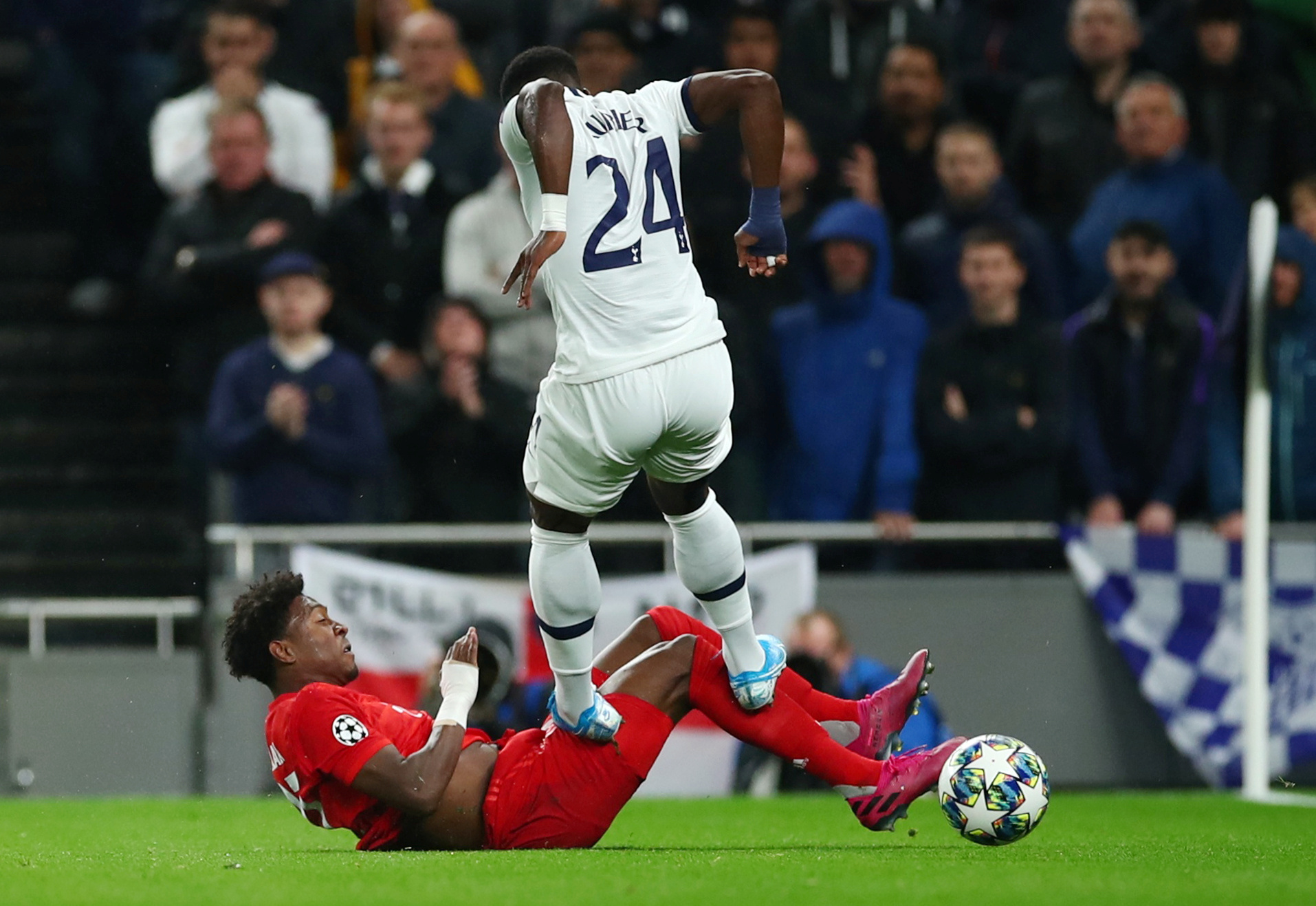 The incident occurred only in the eighth minute of the match and, even with Aurier remaining on the pitch, Spurs went on to lose 7-2.

There will no doubt be some fans arguing the scoreline would have been improved had the Ivorian been given his marching orders, such was his starring role in a number of Munich's goals.

But the moment also raises serious questions of VAR and how officials reviewing the incident decided not to advise a red card.

Alaba only made it to half-time at Tottenham Hotspur Stadium and was down for several moments following the lunge, providing ample time for a video replay.

And referee Clement Turpin didn't even book Aurier, seemingly accepting it had no malicious intent despite being very dangerous.

VAR has been less inclined to upgrade dodgy challenges to dismissals since its introduction, although AC Milan defender Matteo Musacchio had his foul on a Fiorentina player upgraded from yellow to red on the weekend.

Needless to say, Spurs fans were furious with Aurier's showing on Tuesday.

One Twitter user wrote: "Aurier genuinely looked like he wanted to be off the pitch, stomping into Alaba’s chest."

Tom added: "Aurier played that 2nd half as if he’d actually been sent off for that Alaba challenge."

Marcus, meanwhile, attempted to explain the tackle: "Aurier hurdles a challenge and Alaba slides under where he’s gonna land so it’s just an accident."

But Gabriel tweeted: "Alaba went in sliding early and Aurier jumped early at the same time like players do when they want to jump OVER the person sliding. But it was so mistimed that he stamped on him with both legs. Easily a red."