THOMAS MULLER showed off his hilarious roadrunner impression while piling praise on Alphonso Davies for his display in Bayern Munich's win on Tuesday night.

The German legend gave a brilliant interview after his all-but sealed the Bundesliga title with a 1-0 victory over Borussia Dortmund. 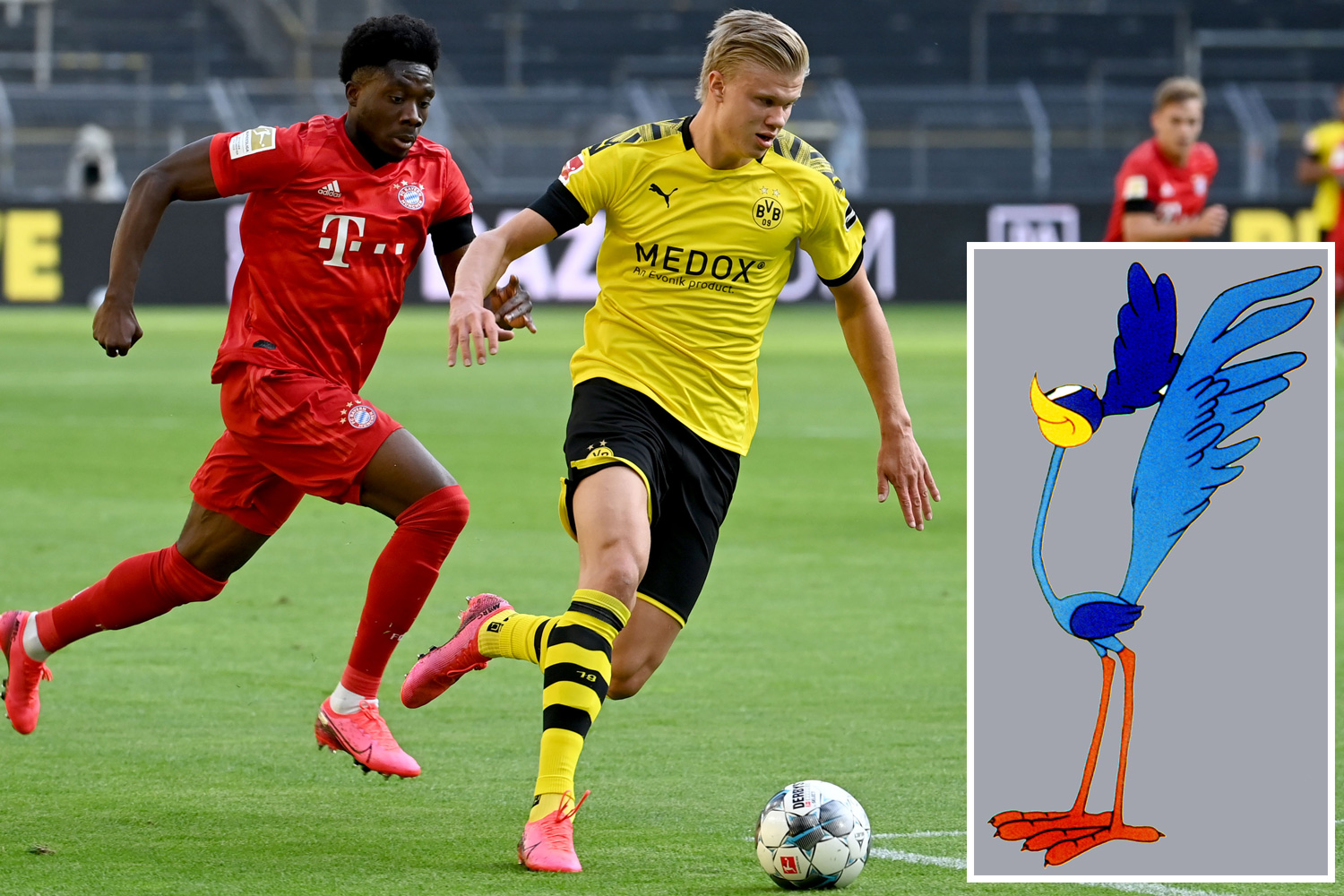 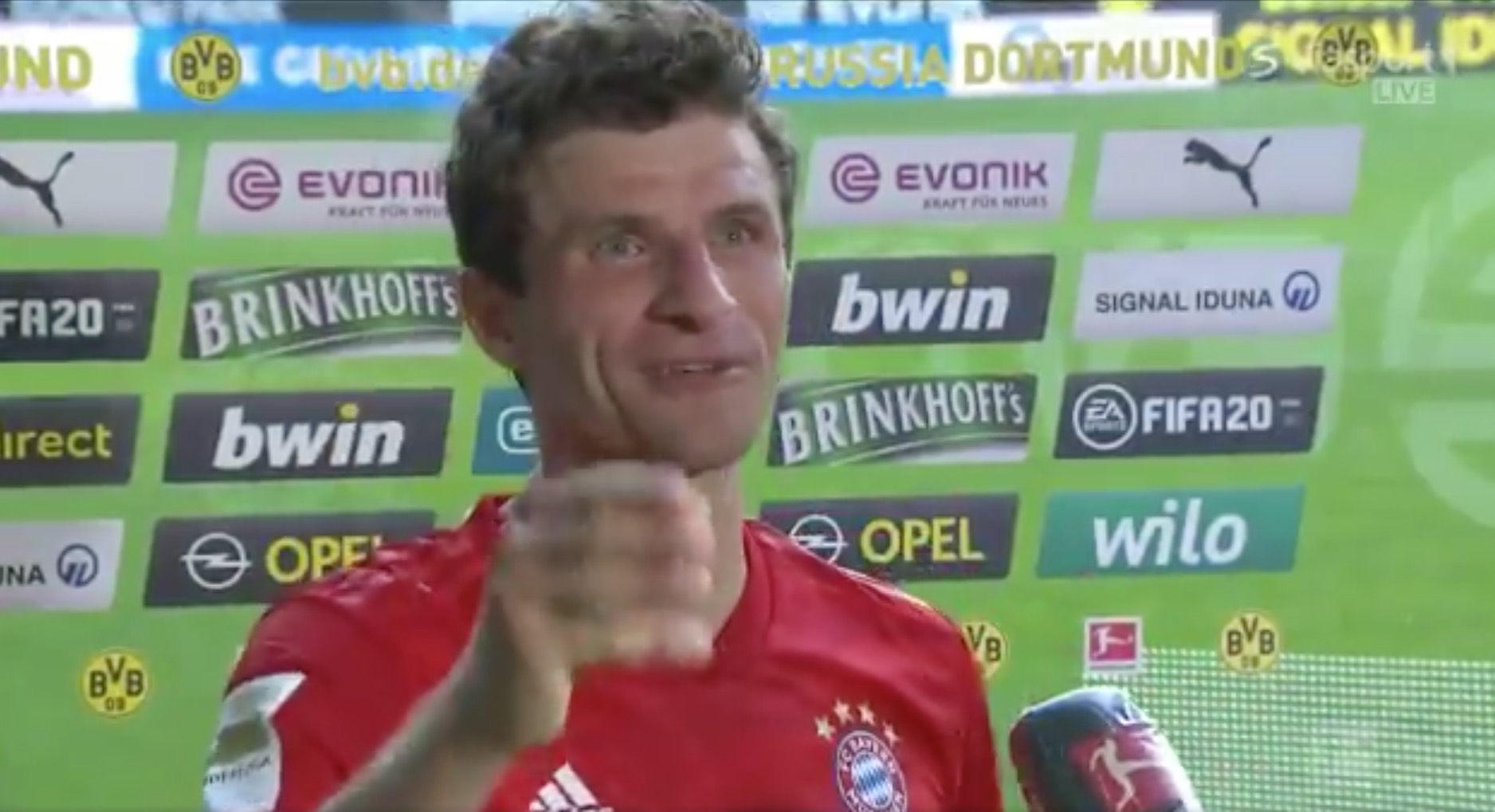 And when discussing Canadian wonderkid Davies during a televised interview, Muller pulled out a superb impression of roadrunner.

Muller was asked what he made of Davies – who had earlier put in a 21mph sprint to get back and deny Erling Haaland from having a clear shot on goal.

And Muller replied: "He's a player with a lot of heart and a lot of power… extreme power.

"Sometimes maybe his positioning on the field is not the best, but he gets the opponent thinking, 'Oh, I have time, I have time'.

Muller wasn't the only player left in awe of Davies' lightning speed – with Romelu Lukaku hilariously tweeting during the game.

Lukaku responded in even more awe, writing: "Yooooo he a cheatcode!!"

Joshua Kimmich scored the winner in the all-important game with a sublime chip from outside the box.

And Muller went on to say Bayern Munich had discussed lobbing Roman Burki BEFORE the game – because the Dortmund stopper has short arms.

The German revealed: "Joshua did this chip. I think it was a long hang time of the ball but I had a good feeling from the first moment.

"Roman Burki is a great goalkeeper, but one of his strengths is that he's maybe one or two steps outside of his goal because maybe he [doesn't have] the longest arms.

"So with this one or two steps in front he tried to have a better angle and Joshua saw that and it was a beautiful goal."