WATFORD fans chanted 'Ole's at the wheel' after putting two past Manchester United in the first half at Vicarage Road.

Former United player Josh King got the opening goal to put the Hornets ahead. 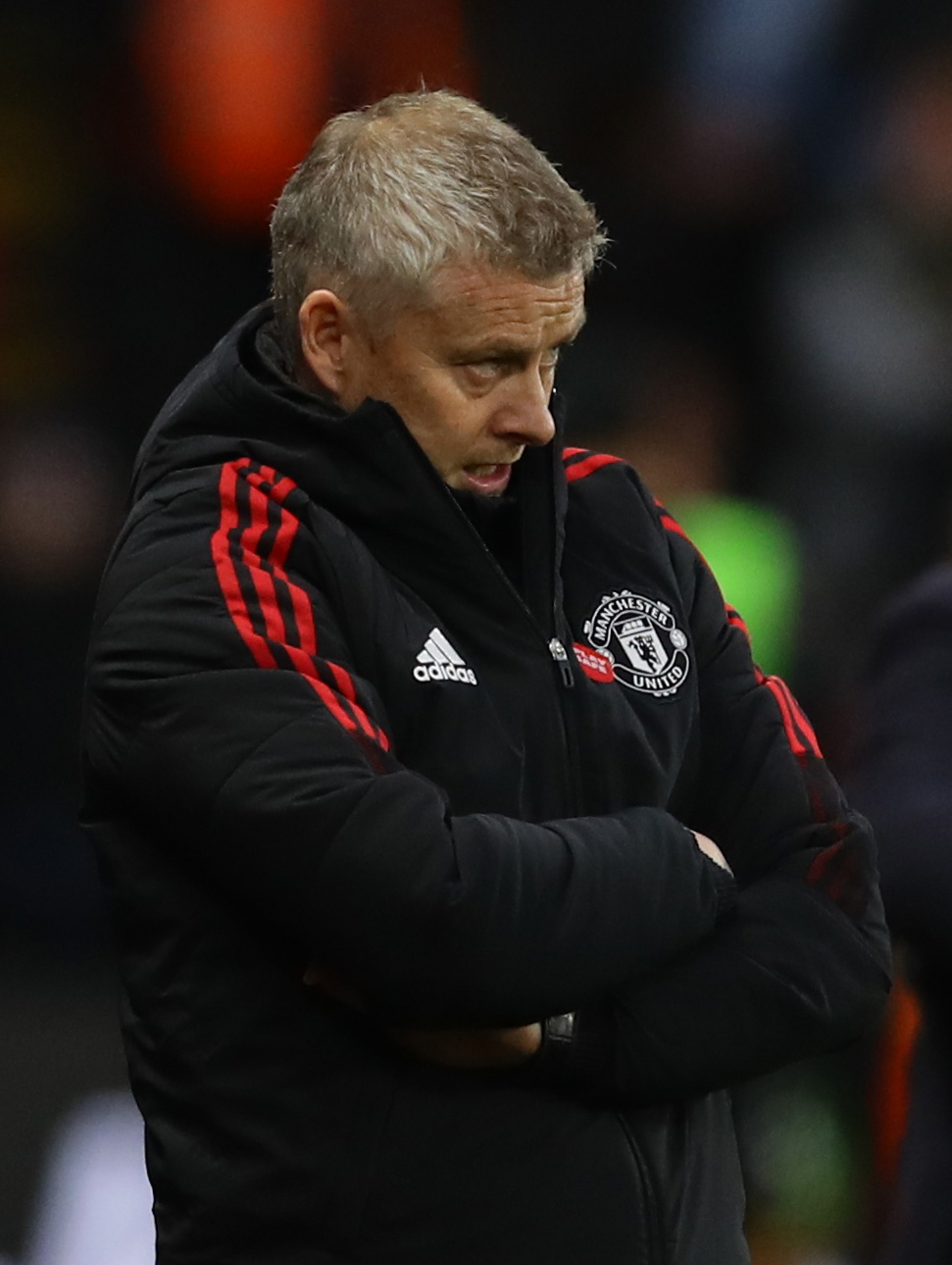 And after the goal went in, the Watford fans turned their attention towards under fire boss Ole Gunnar Solskjaer.

The home fans could be heard chanting: "Ole's at the wheel."

Watford doubled their lead late on in the first half through Ismaila Sarr, who finished well past David de Gea.

The Hornets have out-muscled the Red Devils, registering 11 shots to United's TWO.

Solskjaer's side have won just one game in their last six Premier League outings, losing miserably to rivals Liverpool and Man City in that time period.

And if the result stays the same at Vicarage Road, Solskjaer could be at risk of losing his job.

Leicester City boss Brendan Rodgers has been one of the names mentioned as a potential replacement for the Norwegian.

Three-time Champions League winner Zinedine Zidane has also linked with a move to Manchester, but it is believed the Frenchman would take some persuading.

Solskjaer is, however, convinced he can turn United's fortunes around this season if he's given the time to.