It is late in the evening on May 19, 1984 and Callaghan is drowning his sorrows with his Watford team-mates at an FA Cup party thrown by chairman Elton John. 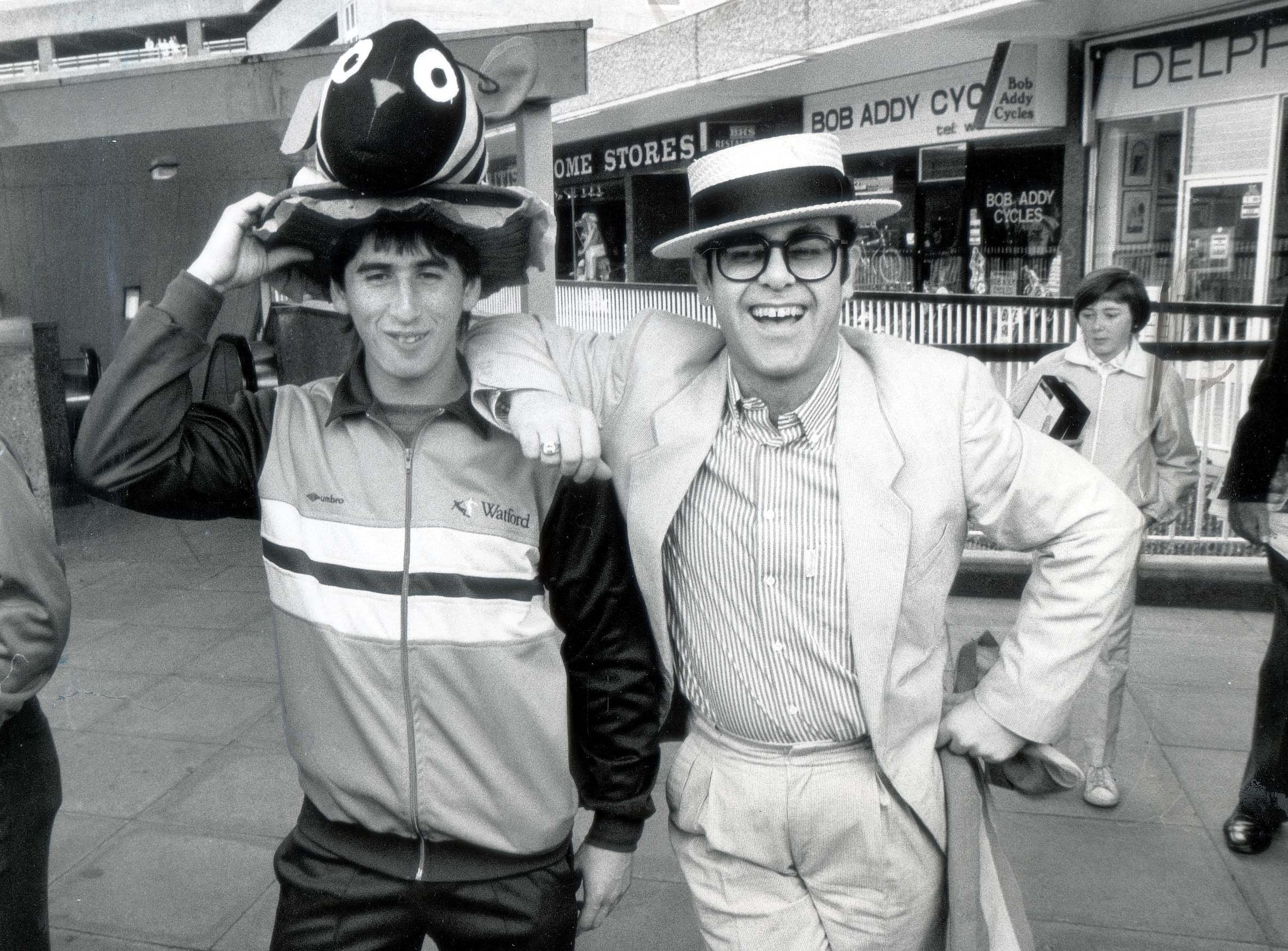 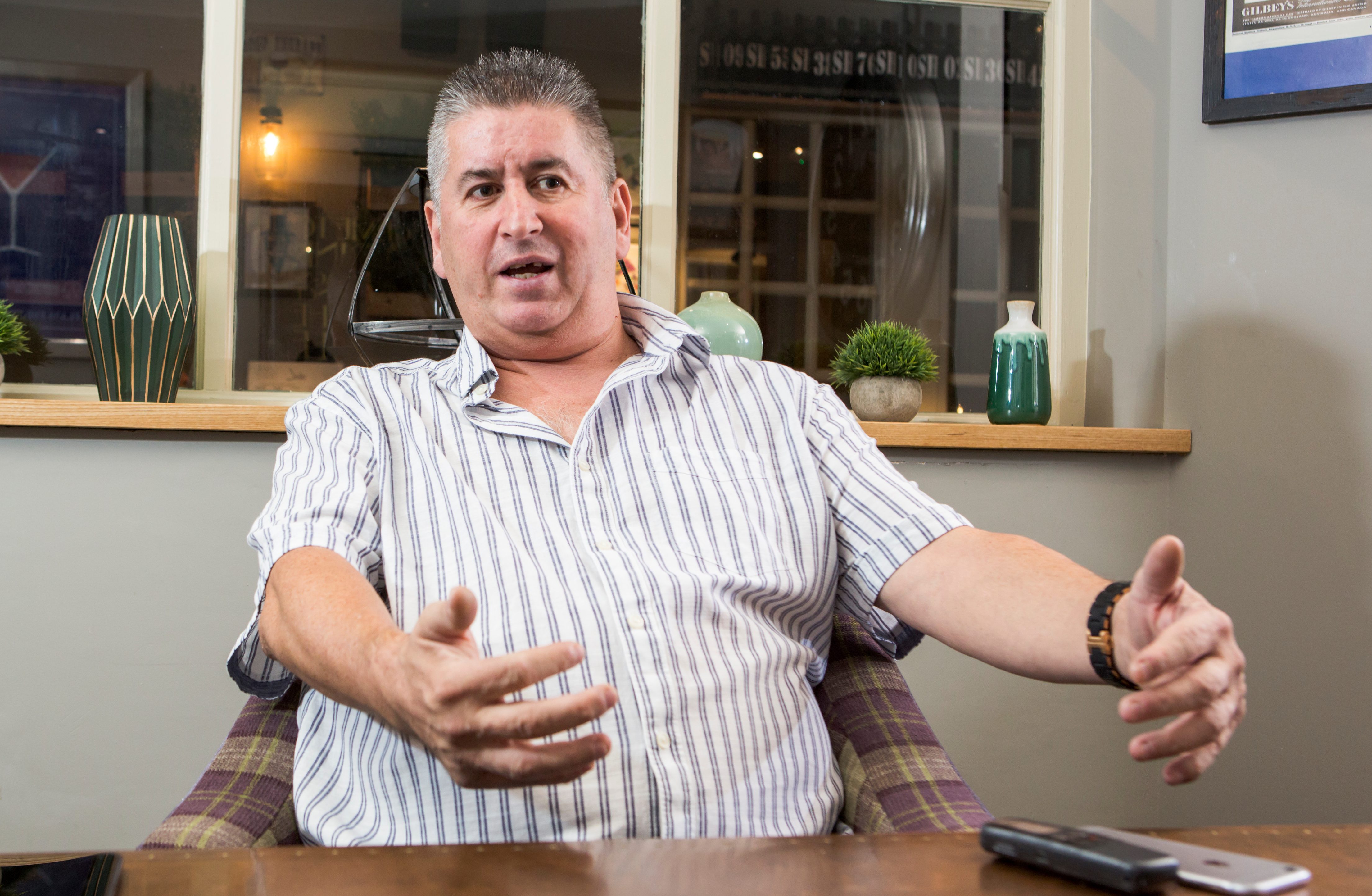 “There were marquees and a big band, hundreds of people. Rod Stewart was there and Kiki Dee. If we’d won, it would have been the party to end all parties,” Callaghan says in his cockney accent.

“This song came on and I said to Kiki Dee, ‘Can I dance wiv ya?’ It was just a laugh, it didn’t last long.”

Don’t Go Breaking My Heart? It was too late for that. Hours earlier, Watford had been beaten 2-0 by Everton in the final at Wembley to end Callaghan’s FA Cup dream.

In 2019, at the age of 56 and rather paunchy, the former winger sat in the corner of a Stafford hotel reeling off stories as the Hornets prepared to face Man City in their first cup final since '84 – which they would go on to lose 6-0.

From a missing front tooth to the 15-inch scar across his stomach, Elton’s hat to Graham Taylor’s vein, Callaghan has plenty of tales to tell.

Callaghan lacked pace in his playing days but his delivery was Watford’s lethal weapon. He sees a similarity between Taylor’s team and Pep Guardiola’s newly-crowed Premier League champions, City.

“We got labelled a kick-and-run side at the time,” he recalls.

“Man City squeeze — that’s why they win games. We used to play balls into areas we knew we could close. We pressed teams, we weren’t a direct side.” 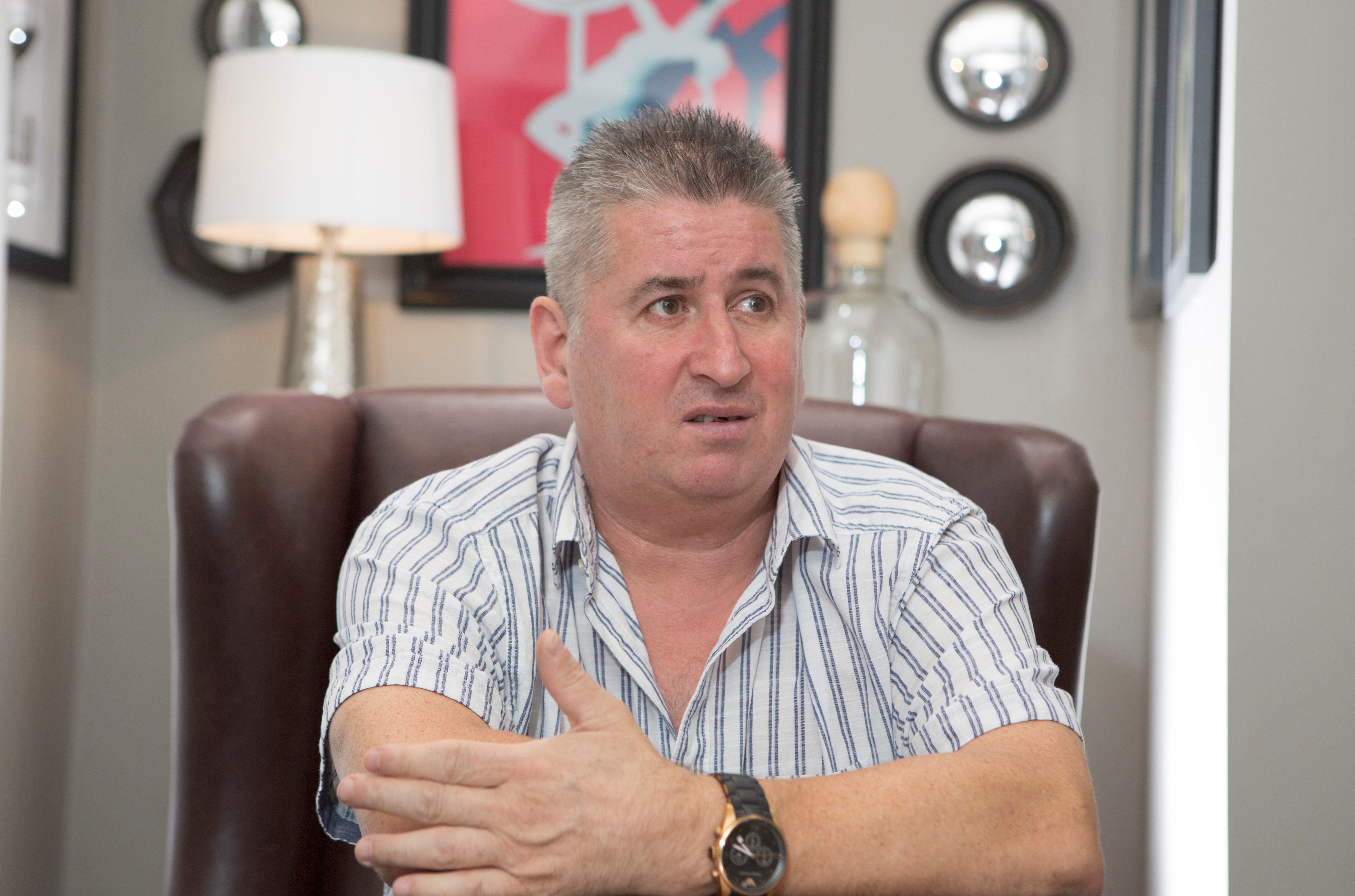 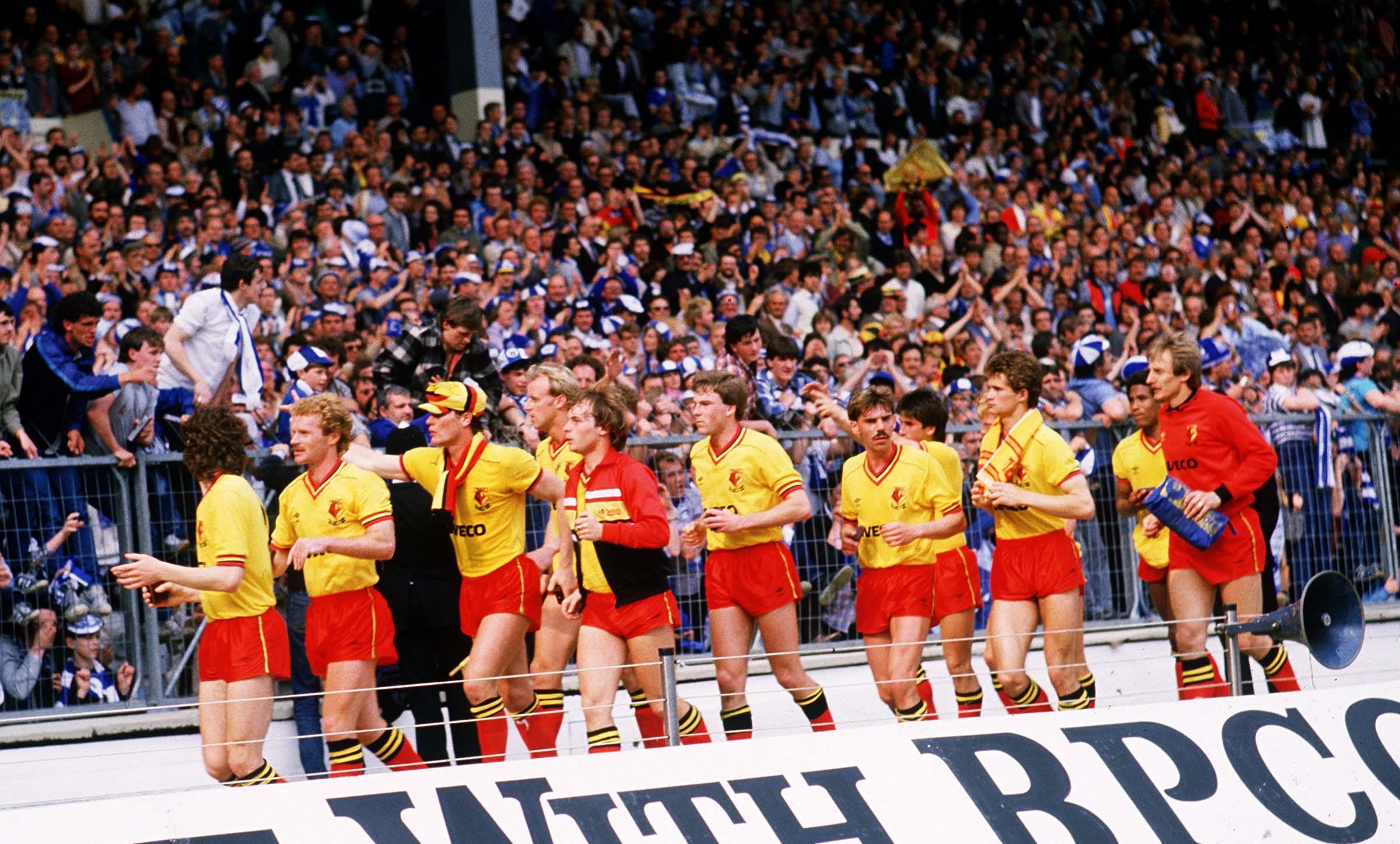 Blackburn vs Middlesbrough stopped due to 'medical incident' in crowd

Softly-spoken Javi Gracia galvanised Watford in 2019 in the same way Taylor did back in the ‘80s. But that’s where the similarities end.

“Alex Ferguson’s hairdryer had nothing on Taylor,” Callaghan says.

“We used to laugh because he had this jugular vein that would come out when he was giving you a b*****king. I got quite a few.

“He treated me a bit like the son he never had and was more harsh on me than others. We were all young lads in that team. Taylor wanted us married off so we’d settle down a bit.”

Callaghan remembers a mid-season vacation. “Taylor says to us, ‘I’ve got a surprise for you boys, you’ll be pleased to know we’re going away for a few days so make sure you’ve got your passports and sun tan lotion’. He wouldn’t say where.”

On the day, the coach zipped passed Heathrow and then Gatwick, heading towards the south coast.

“The bloody coach then goes all the way round the roundabout and back to the Isle of Wight ferry. It chucked it down for the whole four days. That’s what Taylor was like.” 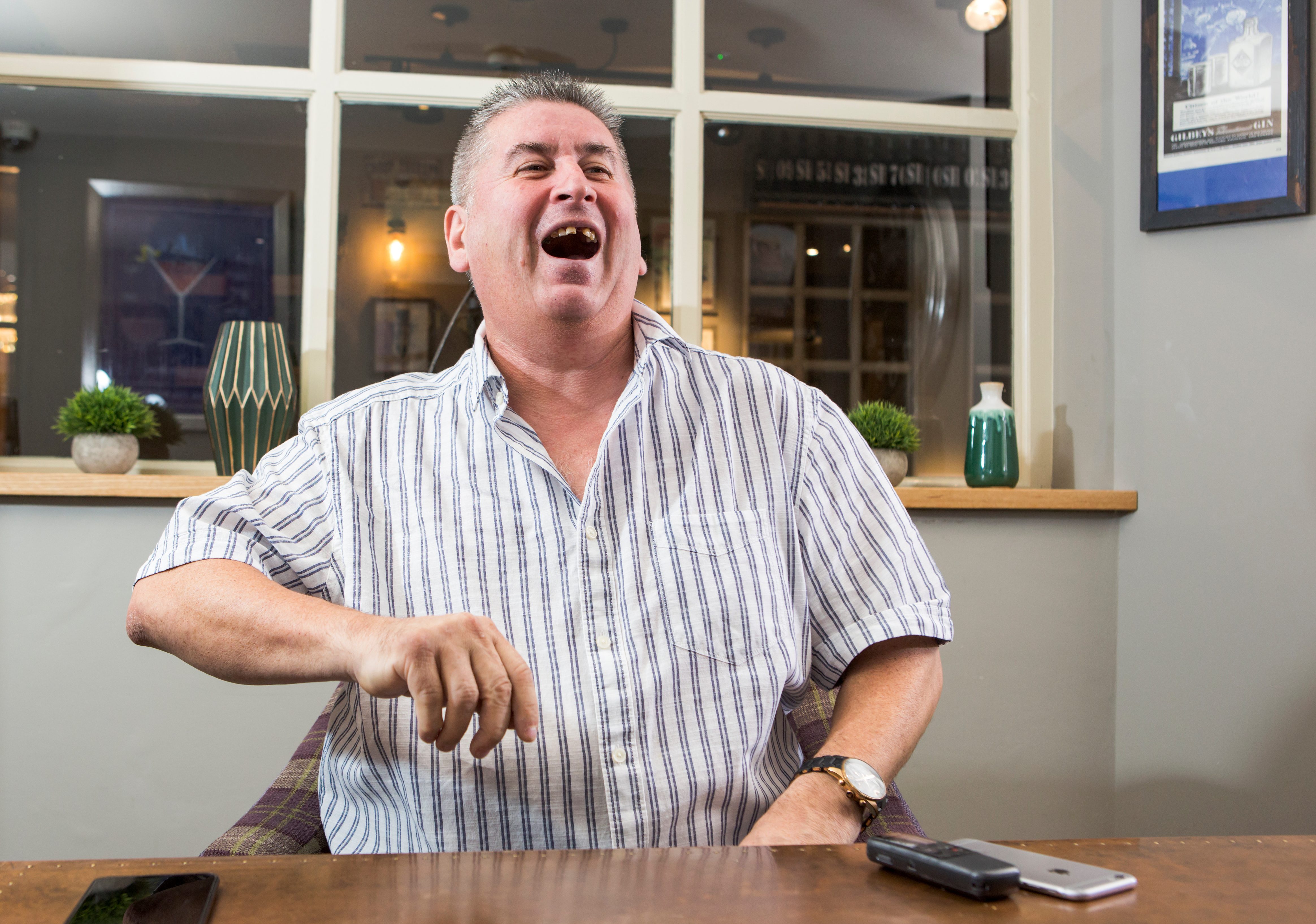 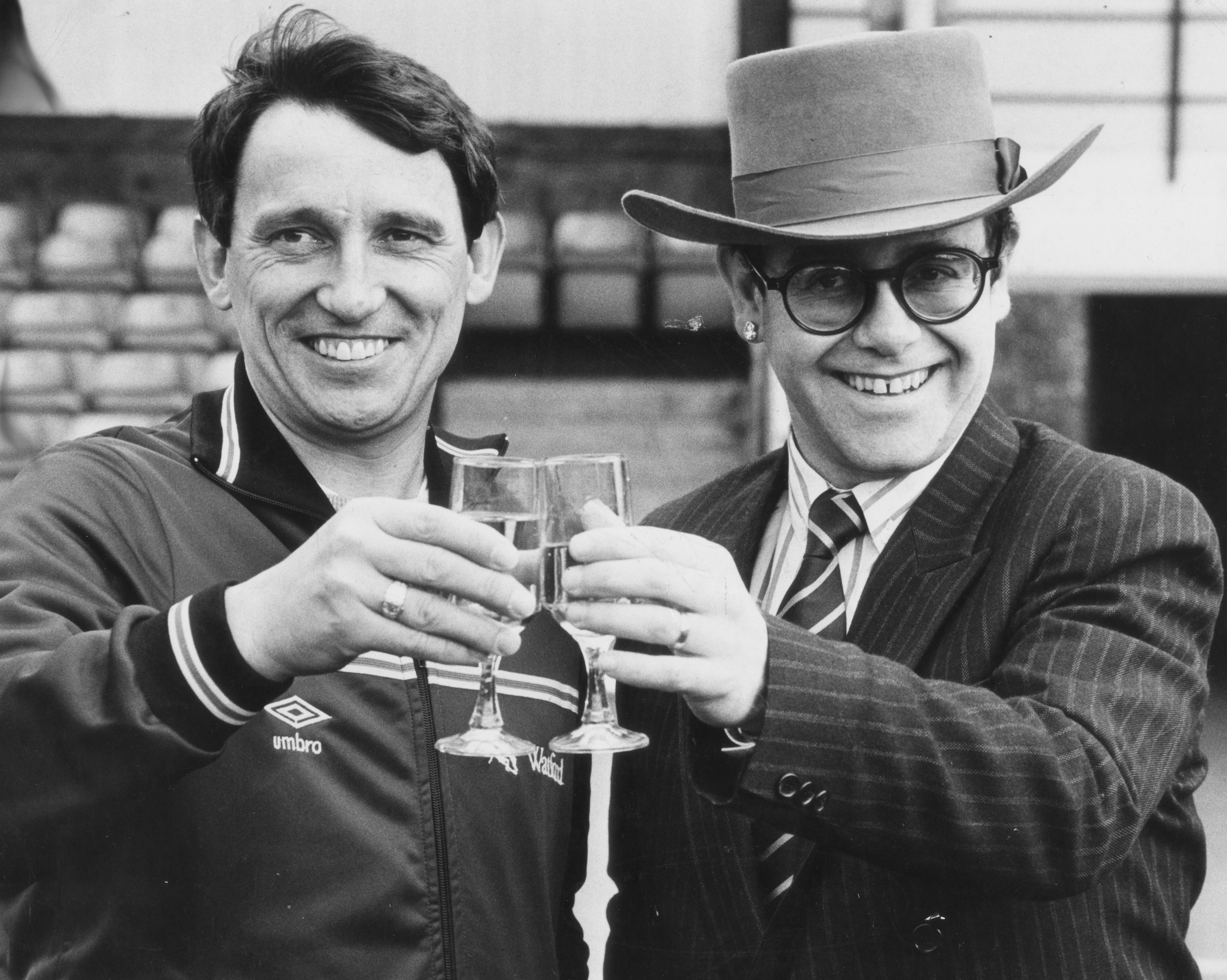 Callaghan’s throaty laugh exposes a missing front tooth. During his time at Vicarage Road, he grew close with a family whose daughter was an ice-skater.

“We’d go for a skate in Richmond. I fell one Sunday and chipped my tooth. I couldn’t tell the club I’d done it ice-skating because you weren’t allowed to do stuff like that, you’d get fined.”

If Taylor was the authoritative dad, Elton was the fun uncle. The superstar would turn up at the training ground in Stanmore with his brand-new Ferrari or Bentley and chuck the keys to the players.

“Taylor would say, ‘I’m trying to win the league and the chairman keeps bringing in toys,” Callaghan recalls.

Elton would visit the home dressing room before a game to wish them luck.

“When he was having his hair transplant he would wear this hat and wouldn’t go anywhere without it. Les Taylor hid the hat once. We came back in the changing room at half-time and he was still sat there because he couldn’t find it.”

Callaghan believes the community element has been eradicated from clubs in recent years.

“When I played at Watford, Elton would have a garden party virtually every season. It was everybody from the manager and directors to the tea and laundry ladies,” he says.

“Football is such a big business now you don’t get that. There’s people who work at clubs who aren’t interested in football but it’s a job because they’re so big.” 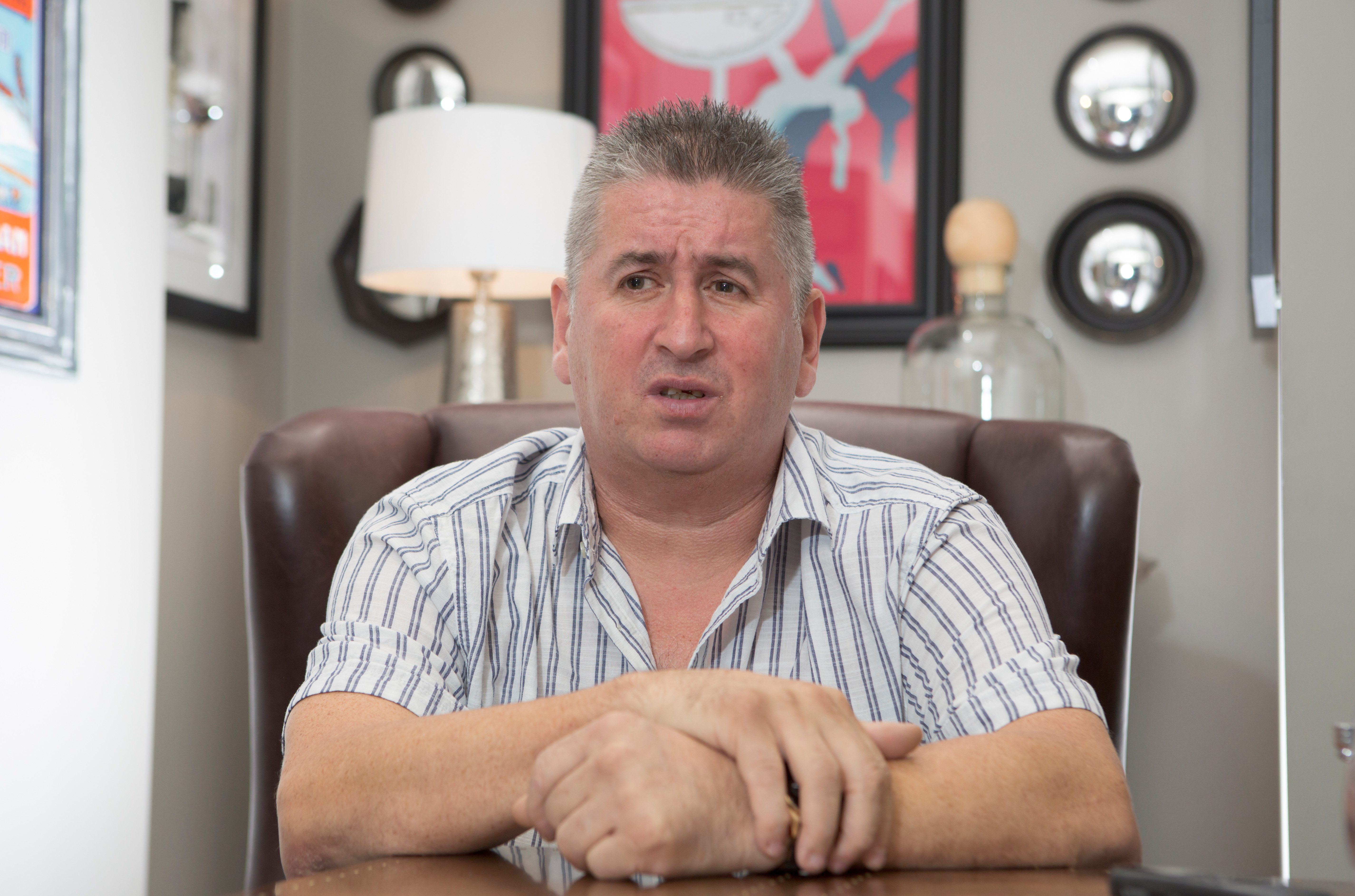 Callaghan changed as well. Life has never been the same since he went for a colonoscopy back in 2009.

“The camera stopped at this thing,” he winces. “You didn’t have to be a doctor to know it wasn’t right. Straight away I’ve gone, ‘Oh my god!’ It was colon cancer.”

An operation was followed by six months of chemotherapy. “A few weeks after, they called me in and said it had spread to my liver. They said I had to go to Birmingham for a big operation.

“I believe that when your time is up it’s up, and I’m thinking I’m going to die on the table. They took 70 percent of my liver out. The hardest part is going back for check-ups though.”

Callaghan, who lives with his 85-year-old mum Delores, was given the all-clear in 2014, but dark clouds still linger.

“These don’t hurt,” he says, pointing to the scars, “there’s a bit of pain but it’s more mental. You don’t know if they’re going to say, ‘Mr Callaghan, really sorry but it’s come back’. That’s the bullet in the gun.

“You go through five years of that, every six months and it’s the worst thing ever. Even now I keep thinking it’s going to come back and I’m not sure I’d even want to know because it changes you.

"I’m not the same person I was before I went in that operation.”

But as Callaghan rises from his seat, he explains how the gash provides a little mischievous fun during his summers in Corfu.

Any prying party-goers get the same answer. “I tell them it’s a shark bite,” he says, flashing one final toothy grin. 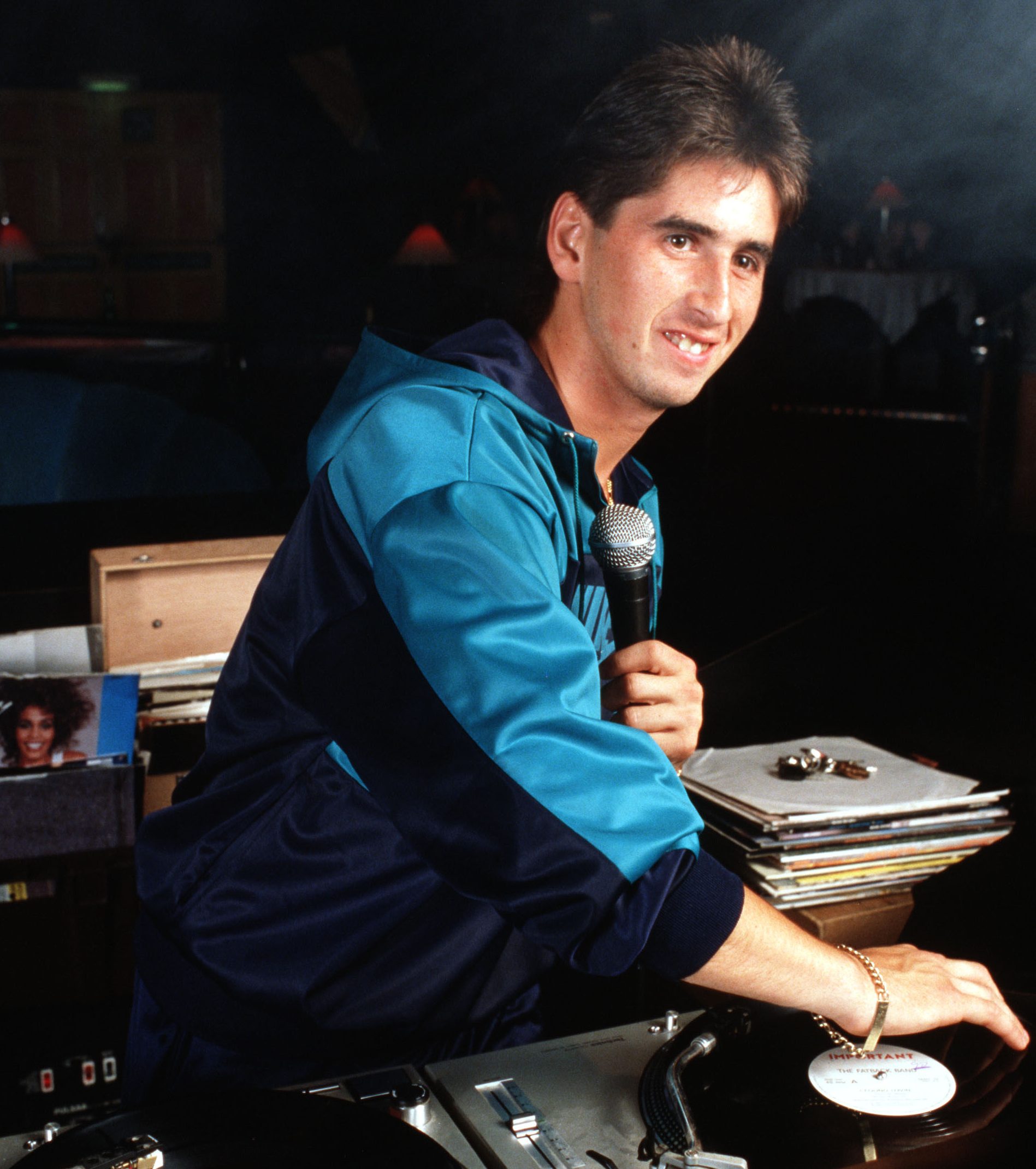