BEN FOSTER has sensationally revealed he will refuse to play in the FA Cup final if chosen to start against Manchester City on May 18.

The 36-year-old has claimed that Watford No 2 Heurelho Gomes deserves to retain his place between the sticks – as he has done in all six cup games this season.

Gomes, 38, is yet to appear in the Premier League this campaign following the signing of Foster from West Brom last summer.

The Brazilian – who made a number of important saves in the 3-2 semi-final win against Wolves – is likely to retire in the summer.

And the former Tottenham goalkeeper will be given the perfect send-off at Wembley, where he will be looking to win his first major honour in English football.

Speaking on what he would do if he was picked for the FA Cup final, Foster joked: "I’ll absolutely refuse!

"Heurelho deserves it and should play without a doubt.

"He has never let this club down and never will. He was fantastic today."

While Troy Deeney trolled the Citizens' fans in his post-match interview after claiming the atmosphere was better between the Hornets and Wolves, as opposed to the City and Brighton match.

He said: "This team has something special. It’s hard work and desire. We kept going.

"The little man (Deulofeu), he added magic. It was a cracking atmosphere, much better than yesterday." 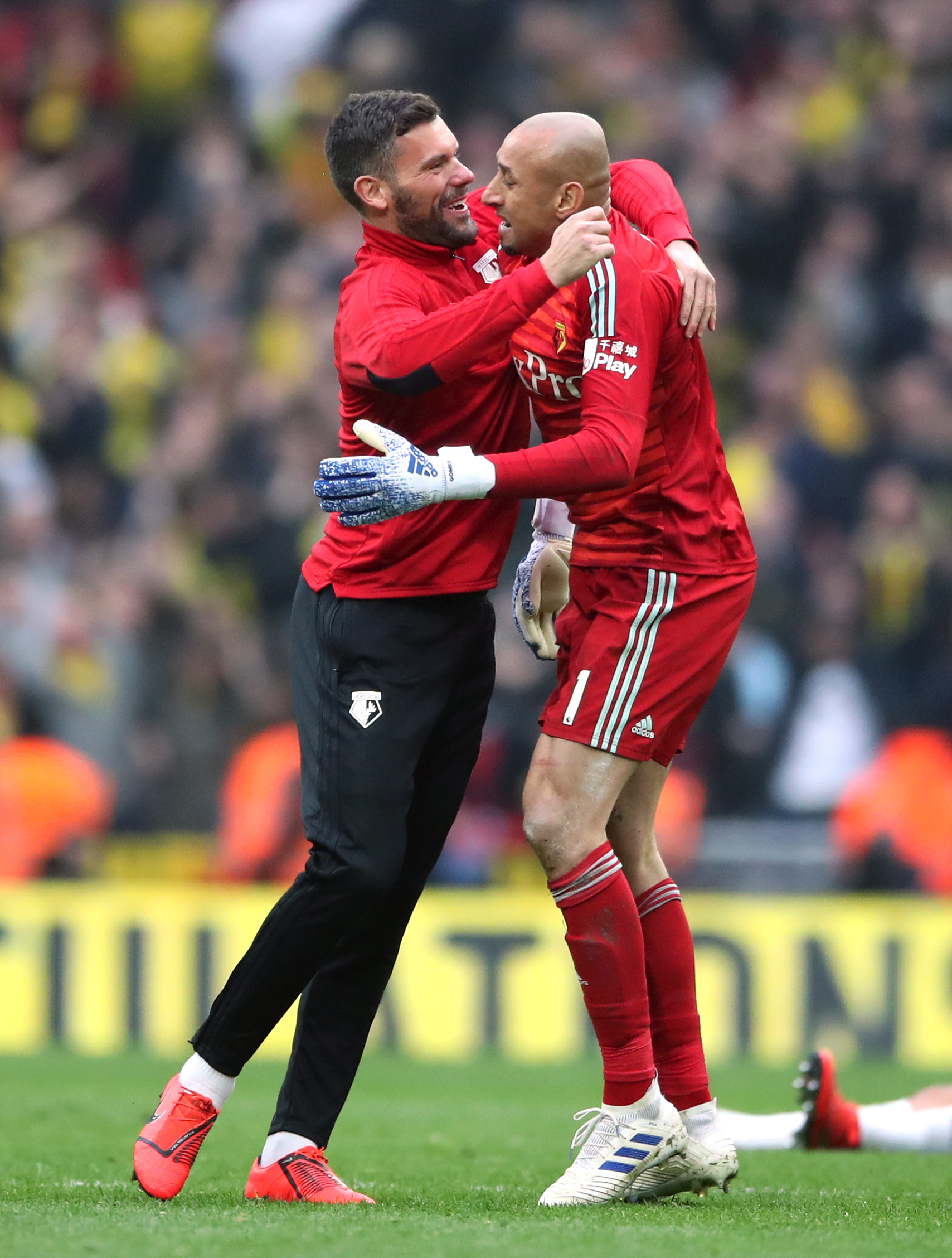