MANCHESTER UNITED fans were left dreaming of another young superstar coming through the ranks after Kai Rooney's hat-trick.

The aspiring striker, 11, netted a treble and set up three more in a recent Under-11s win over Stoke. 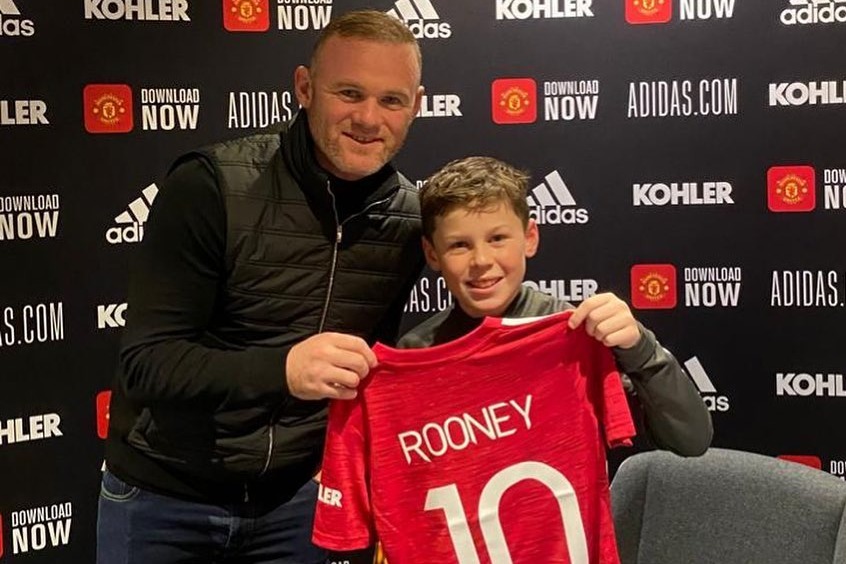 Young Kai signed for United's academy in December of last year, following in the footsteps of club legend Wayne.

The 35-year-old won 12 major trophies at Old Trafford and broke the club goalscoring record with 253 strikes.

"I love you and I am so proud of you. Keep trying your best."

And United fans were ready to welcome the young Roo into the first-team when news of his U11s exploits broke.

Kai is just the latest in a long line of footballing offspring to make their way in the game, with famous names such as Ronaldo, Neville, Zidane and Maldini all popping up again.

Mike Tyson calls for Tyson Fury and Anthony Joshua to fight ‘to see what happens, they’re in the best shape possible’ – The Sun