Madness was expected during this postseason. Instead of the usual 10, 16 teams were included in a new playoff format cooked up for this coronavirus-altered season, and each of them started with a three-game series. Still, though both series went down to the wire in the previous round, the two best teams during the regular season now meet in the World Series: The Los Angeles Dodgers and the Tampa Bay Rays.

The Dodgers, one of the oldest franchises in baseball, were the best team in the majors during the truncated 60-game regular season, claiming 43 victories, their eighth straight National League West division crown and the N.L.’s top seed in the playoffs. This is their third World Series trip in four years, having lost both of the previous two — in 2017 against the Houston Astros and in 2018 with the Boston Red Sox — to teams that were later accused and penalized for breaking the rules during those seasons. Still, the Dodgers have not won a title since 1988.

The Rays, on the other hand, are one of the youngest franchises in baseball, added in 1998 along with the Arizona Diamondbacks as expansion teams. In the regular season, the Rays won 40 games, their first American League East title since 2010 and the A.L.’s top spot in the playoffs. Their only other trip to the World Series was in 2008, which they lost to the Philadelphia Phillies in five games.

Game 1 is set to begin at 8 p.m. Eastern Time on Tuesday and will be broadcast on FOX. 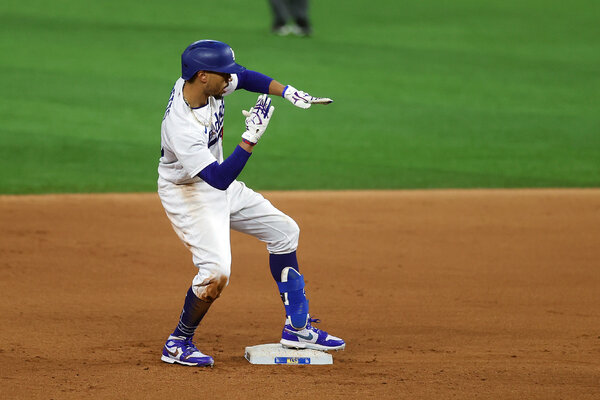 The starkest difference between the Dodgers and the Rays is money. Before the pandemic shortened the season and trimmed salaries, the Dodgers’ opening day payroll was set to be the third-largest in the major leagues at $225 million, according to Cot’s Baseball Contracts.

The Rays, who play in an outdated stadium and are regularly near the bottom of baseball’s attendance list, are on the receiving end of M.L.B.’s revenue-sharing and had a pre-pandemic opening day payroll of $94 million, the fourth-smallest in the majors.

The Rays rely on strong scouting, analytics savvy and robust player development to build their roster — or trade for hidden gems in other organizations, such as postseason star Randy Arozarena or starter Tyler Glasnow. They play stellar defense and have a deep group of players, particularly on the mound, that Manager Kevin Cash swaps out frequently to exploit matchups.

Despite failing to win a World Series title recently, the Dodgers have been a juggernaut the past several years under Andrew Friedman, their president of baseball operations. He was the Rays’ general manager from 2005 to 2014, the architect of the team that reached the 2008 World Series. During his tenure there, he hired Erik Neander, now the Rays’ G.M., as an intern.

Friedman brought his acumen to Los Angeles, where the Dodgers have both built a strong farm system (which has produced stars like outfielder Cody Bellinger and starter Walker Buehler) and flexed their financial muscle (they gave superstar outfielder Mookie Betts a 12-year, $365-million extension after trading for him before this season).

A strange setting for the Fall Classic

During the last week of the regular season, M.L.B. asked teams in position to qualify for the playoffs to quarantine in hotels, even at home. So, both the Rays and the Dodgers have been living out of hotels for about a month. Players’ wives and children were allowed to join them as long as they also quarantined.

When M.L.B. and the players’ union agreed to play in a handful contained environments for the playoffs, the country’s virus hot spots were changing and both sides wanted to limit their exposure by cutting down on the travel of a normal postseason. So they picked warmer-weather venues as neutral sites: Southern California for the A.L. and Texas for the N.L.

The World Series will be held at Globe Life Field, the Texas Rangers’ new stadium in Arlington, Texas, that features a retractable rood and artificial turf. It will be the first World Series held at a neutral site and first since 1944 to be played all at one stadium. A limited number of tickets have been sold to the World Series, and fans were also allowed into N.L. Championship Series games at Globe Life Field.

Although the traditional days off were removed from the first three rounds this year, which complicated teams’ pitching plans, they are back in the schedule for the World Series. The Dodgers and Rays will have a day off after Games 2 and 5.

Stars on the mound for Game 1

It will be a marquee pitching matchup in the first game of the best-of-seven series: the Dodgers’ Clayton Kershaw and Glasnow of the Rays.

Kershaw, 32, is a three-time Cy Young Award winner and arguably the best starting pitcher of his generation. He had a stellar regular season with a 6-2 record and 2.16 earned run average. But he has a complicated postseason legacy, which is checkered with both strong and poor performances, including this year. In 35 career playoff appearances, he is 11-12 with a 4.31 E.R.A.

Glasnow, 27, doesn’t have Kershaw’s track record but he is certainly talented. He is better than his 2020 regular season numbers — 5-1 record and a 4.08 E.R.A. — suggest. His arsenal — a 100-mile-per-hour fastball and a wicked curveball — makes him one of the best strikeout starters in baseball. He, too, has had both stout and middling outings this postseason.

The Dodgers have not yet announced a Game 2 starter, but the Rays said they would go with Blake Snell, a 2018 Cy Young Award winner.