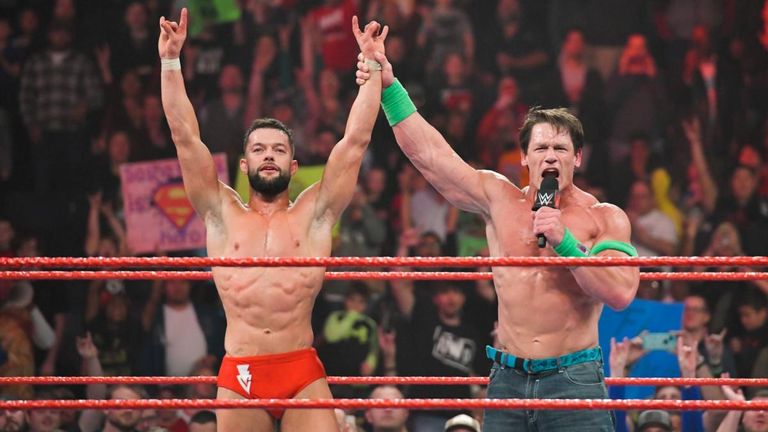 The Intercontinental championship changed hands on a dramatic night of WWE as Finn Balor also won a Universal title shot against Brock Lesnar.

Dean Ambrose is no longer in possession of the white belt, having been dethroned in a triple threat match by new champion Bobby Lashley.

The third man in the match, Seth Rollins, seemed to have it won after laying out both of his opponents with superkicks and lining up his trademark Stomp on Ambrose. 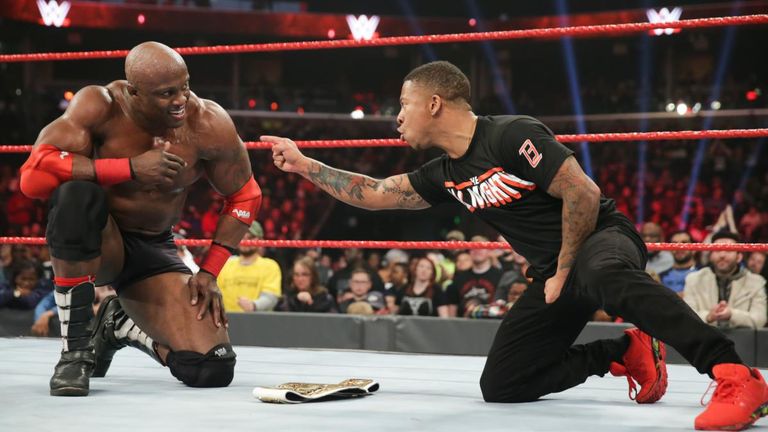 But as he ran in, Lio Rush pulled down the top rope to send him flying to the outside and buy enough time for Lashley to rock Ambrose with a huge Spear.

It was enough to secure the three-count and give the Dominator the Intercontinental title for the first time, his first championship since rejoining WWE in April. 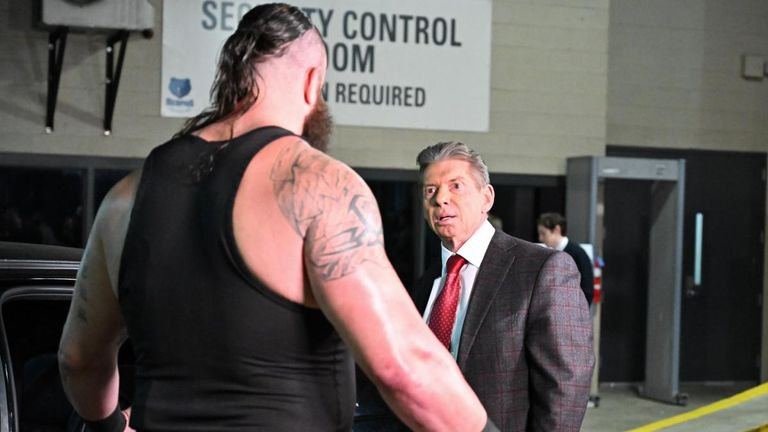 Braun Strowman was back to his monstrous ways on Raw but it proved costly as he was stripped of his Universal title shot against Brock Lesnar by WWE chairman Vince McMahon.

That punishment was handed out for Strowman tearing the door from McMahon’s limousine while looking for Baron Corbin; his rage at fever pitch, Strowman then went one better and turned the car over.

Corbin then pitched for the Universal title match himself, but found competition for the challenge in the shape of John Cena, Drew McIntyre and Balor.

McMahon booked a fatal four-way for the right to take Strowman’s place against Lesnar at the Rumble and it was former Universal champion Balor who came out on top, pinning the veteran Cena after a Coup de Grace. 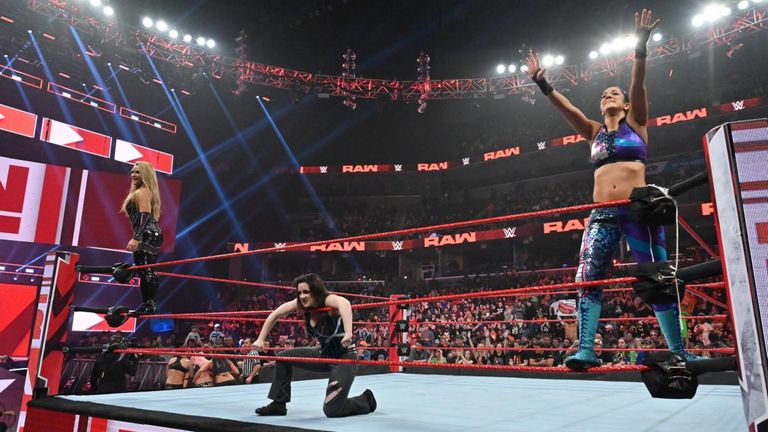 The first sightings of the most recent six NXT call-ups were made on Raw as Nikki Cross had her first match after being brought up from developmental.

Cross teamed up with Bayley and Natalya to face the Riott Squad and was on the winning side as her neckbreaker dropped Liv Morgan before Bayley hit an elbow drop for the pin.

Heavy Machinery also made a bizarre debut (of sorts), with Otis Dozovic appearing during the Moment of Bliss – during which the new women’s tag-team title belts were revealed – before being dragged away by his partner Tucker Knight.

There was also time for a brief glimpse of Lacey Evans in the backstage area, where she was seen talking to Mickie James and Dana Brooke.