THE superstars of WWE SmackDown LIVE returned last night, with all the action and drama geared towards Super ShowDown in Saudi Arabia on Friday June 7.

Here are five talking points from the show. 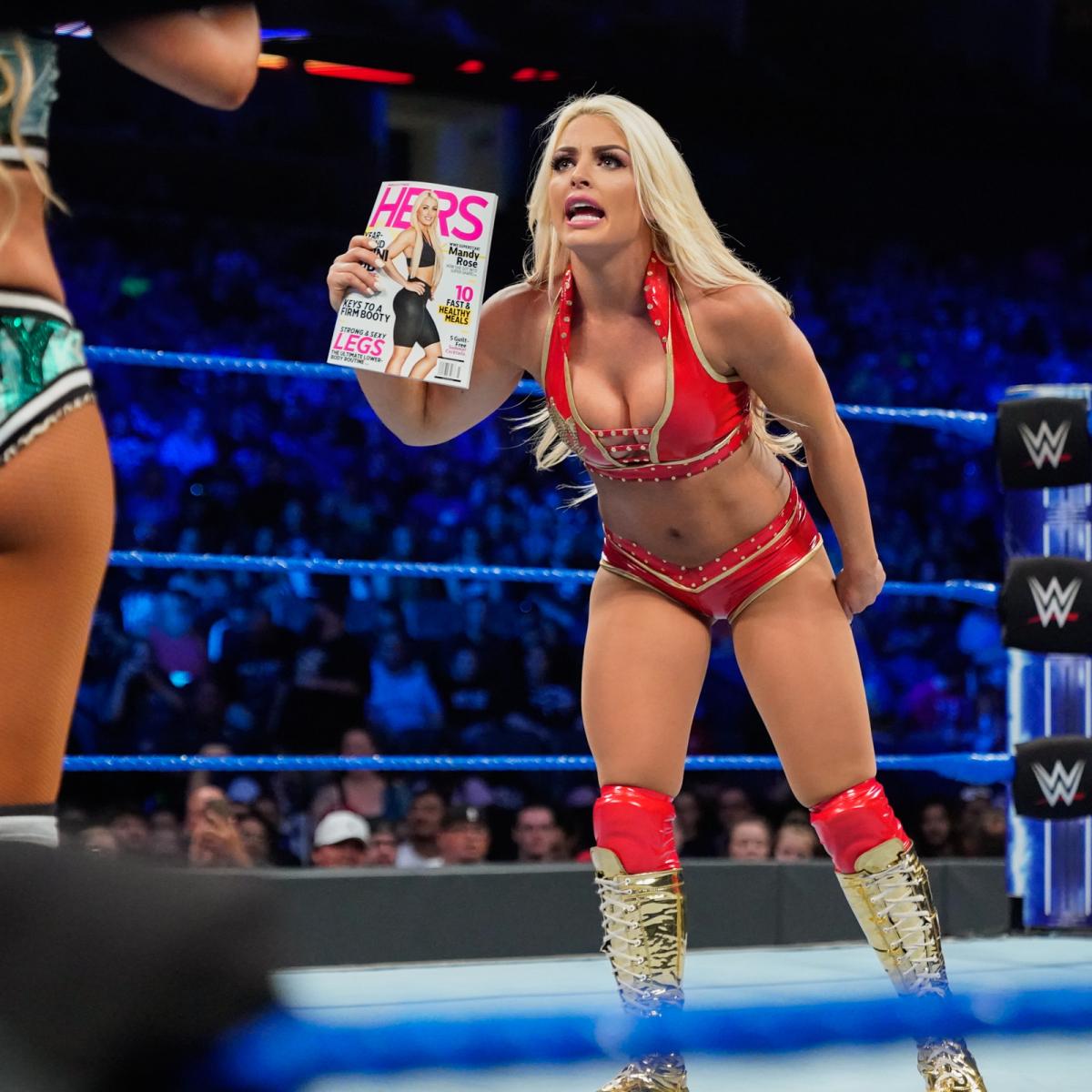 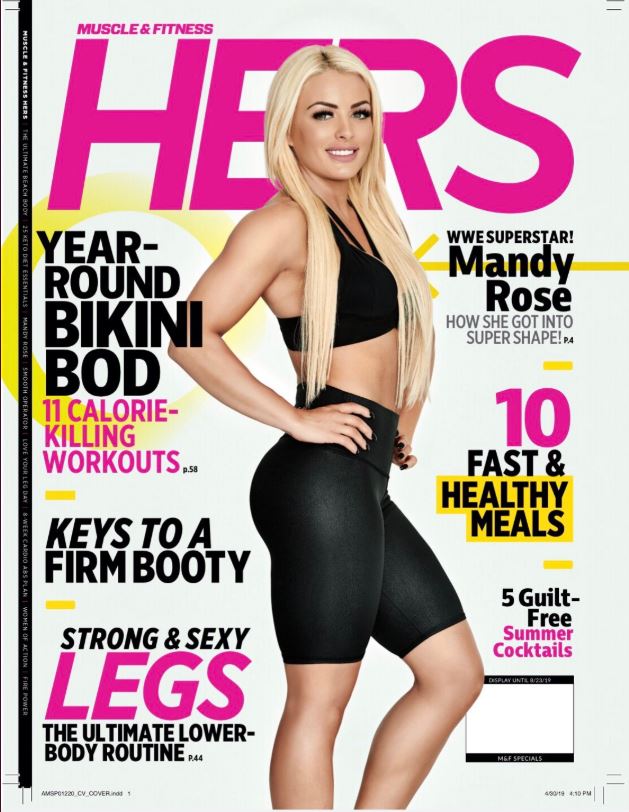 Mandy Rose was backstage handing out copies of her cover shoot on Muscle & Fitness Hers magazine.

In the ring, Mandy took on Carmella and got a quick win when Mella missed a kick and Mandy leveraged her with a jackknife cover.

Mandy still hasn’t put the in-ring skills and charisma together for the complete superstar package, but WWE still wants to push her – especially if she’s landing magazine covers that the company can flaunt.

Shane McMahon, Elias, and Drew McIntyre stood in the ring for “Shane McMahon appreciation night”, with Elias playing a song about Shane being “best in the world”.

The song was interrupted by 24/7 champ R-Truth, who had been on the run from Drake Maverick all night.

With Drake on his tail, Truth planted Drake with a front-face suplex and celebrated his win – but Shane, Elias, and Drew savagely beat Truth down.

They hit Truth with the Drift Away and Claymore and Elias then covered Truth to become the new 24/7 Champion.

Shane ordered an Elias and Drew v Truth and Roman Reigns tag match for later in the show and suspended the 24/7 rule for the duration of the match. 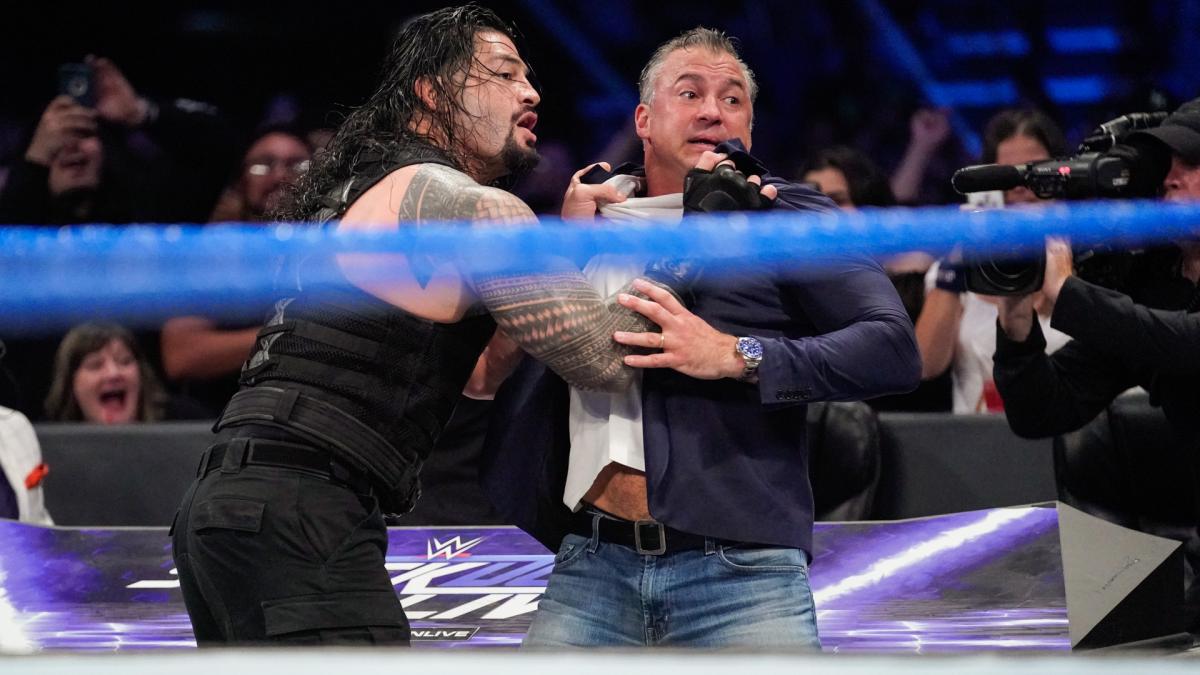 The tag match began with another beat-down when the heels attacked Truth before the bell.

The babyfaces fought back but Roman also had to contend with Shane interfering.

In one well-timed spot, Shane scrapped with Roman on the outside and Drew charged to hit Roman with a Claymore – but Roman sidestepped and Drew landed hard on the announce desk.

That must have been a relief for Elias. A 24/7 title reign could have been his fast track to jobbersville.

Charlotte sat on commentary for the match and predictably got involved when she squared up to Bayley.

Bayley laid out “The Queen” and returned to the ring. Charlotte tried to chase her and in the confusion Lacey tried a crafty roll-up – but Bayley reversed it and pinned "The Lady".

Now that she’s champ, it’s good to see Bayley demonstrating her intensity and skills in competitive matches, rather than being jobbed out every week.

But just as we were enjoying the Charlotte and Lacey team-up – a tea-sipping duo that has, erm, legs – Lacey tried to attack Charlotte from behind, but got a big boot from “The Queen”. 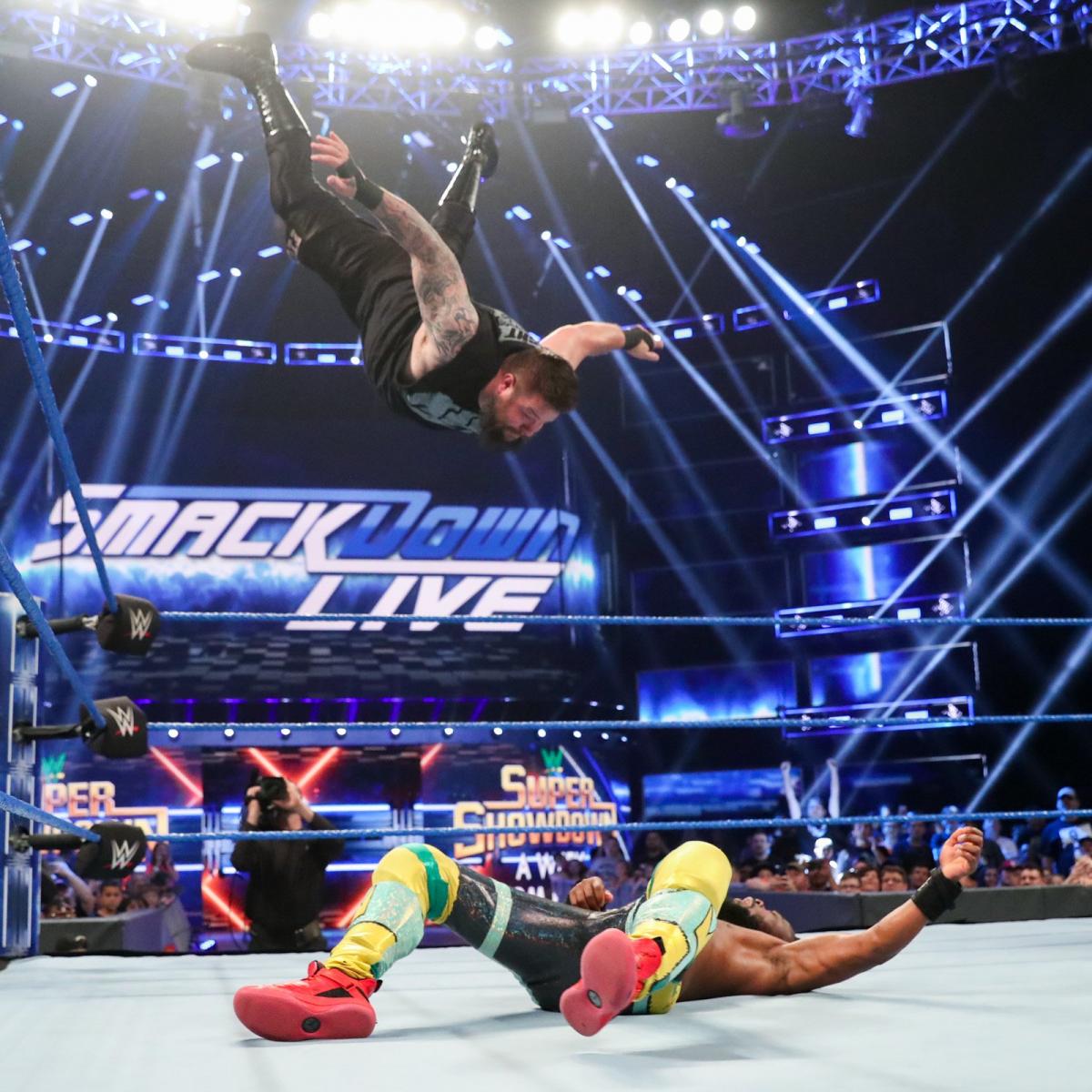 Kevin Owens took on WWE Champion Kofi Kingston in the opening match of the show.

Before the match, Owens talked about how Dolph Ziggler will defeat Kofi for the championship at Super ShowDown.

So it sounds like KO has given up trying to win the belt himself – which is just as well, because Kofi got a decisive win over Owens when he landed Trouble in Paradise.

Has KO been forced out of the title race because of his alleged refusal to work Super ShowDown in Saudi Arabia?

Or will Owens get another shot at the belt after Super ShowDown is finished?

KO was a red-hot just a few weeks ago but a few clean losses to Kofi have bumped him down the rankings already.

Daniel Bryan and Rowan came to the ring and said the SmackDown tag team division is a bad joke. They’re not wrong there.

Bryan then went on a rant about hot dogs and fracking in Oklahoma. Bryan pledged to save both the tag team division AND the planet.

It’s good to hear Bryan ranting about the environment – an aspect of his character that WWE played down before WrestleMania.

And as if to prove how much of a joke the division is, comedy duo Heavy Machinery came out to challenge the champs.

Bryan said they could have a match, just not in the “fracking state of Oklahoma” and walked away like cowardly heels.

Expect Heavy Machinery to get a title shot in the next few weeks.