Home » Sport » ZAMBIAN referee Janny Sikazwe has a reputation as one of the best in Africa – but what he did at the Africa Cup of Nations was bizarre. | The Sun

ZAMBIAN referee Janny Sikazwe has a reputation as one of the best in Africa – but what he did at the Africa Cup of Nations was bizarre.

Silkazwe has been appointed to officiate Belgium vs Canada at the winter World Cup in Qatar. 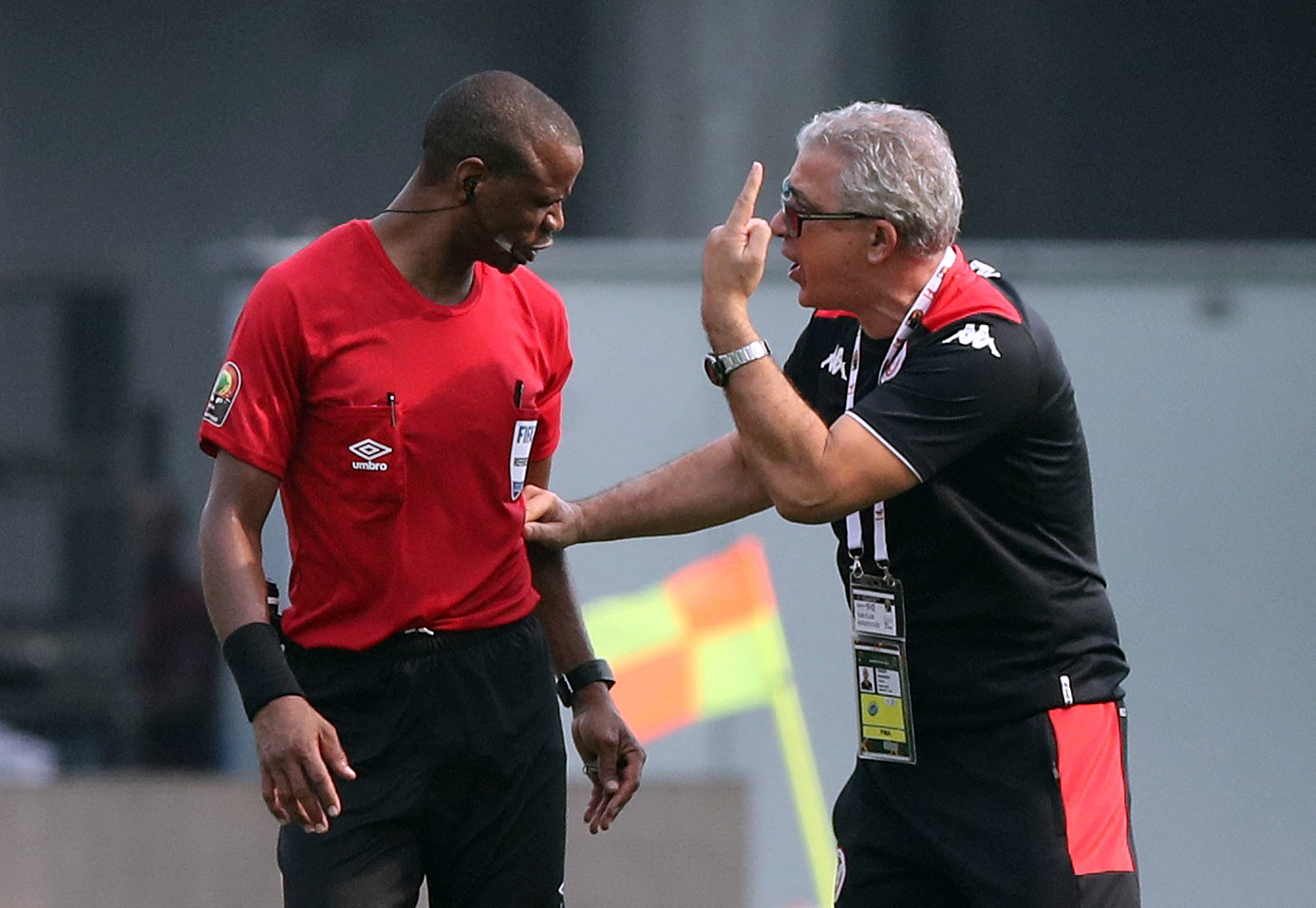 But after becoming a worldwide story due to farcical scenes in the match between Tunisia and Mali at AFCON, all eyes will be on the Zambian to see what he does next.

A familiar face to fans of African football over the past decade, Sikazwe was born in Kapiri Mposhi in 1979.

After receiving his Fifa licence in 2010, he first progressed through international youth matches before taking charge of African Cup of Nations qualifiers in 2012.

Since then he has moved up the ranks and has a reputation for being a leniant ref who likes the game to flow.

But controversy reigned when Sikazwe took charge of the 2016 Club World Cup Final between Real Madrid and Kashima Antlers.

When Sergio Ramos brought down an opponent having already been booked, the Zambian reached for a second yellow card and called the Galacticos captain over. 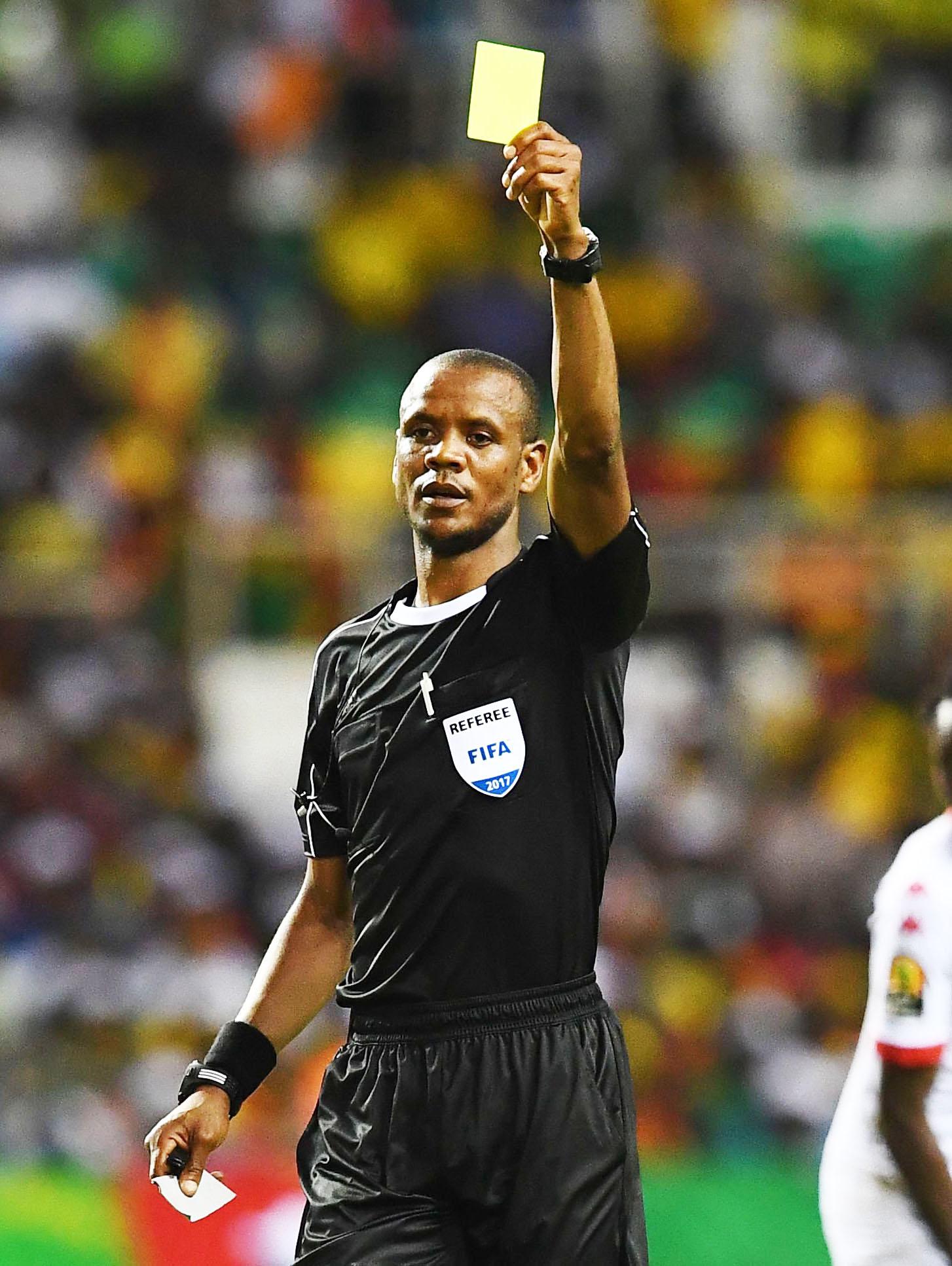 But he then put his hand back in his pocket and bizarrely chose not to send Ramos off.

Sikazwe subsequently said the decision was down to miscommunication and as he misheard his assistant over his earpiece, thinking he had called for a card when he actually said "foul, no card".

He officiated two games at the 2018 World Cup – Belgium v Panama and Japan v Poland. – but was the subject of more controversy later that year.

Sikazwe was temporarily suspended on suspicion of corruption after his handling of an African Champions League match between Esperance and Primiero Agosto.

He gave a controversial penalty for Esperance before ruling out a goal for their opponents due to a perceived foul on the keeper.

The suspension by CAF was imposed in November 2018 but lifted just three months later by FIFA.

MOST READ IN SPORT

What happened in Tunisia vs Mali?

Security were forced to race on to the pitch to protect the referee after a series of outrageous blunders during Mali's 1-0 win over Tunisia at the Africa Cup of Nations.

He first awarded a penalty early in the second half after Ellyes Skhiri was deemed to have blocked Boubakar Kouyate's shot with his arm.

Sikazwe awarded another penalty with just 15 minutes on the clock after Wahbi Khazri's shot smacked into Moussa Djenepo's hand.

The ref originally missed the handball and needed VAR to bail him out. 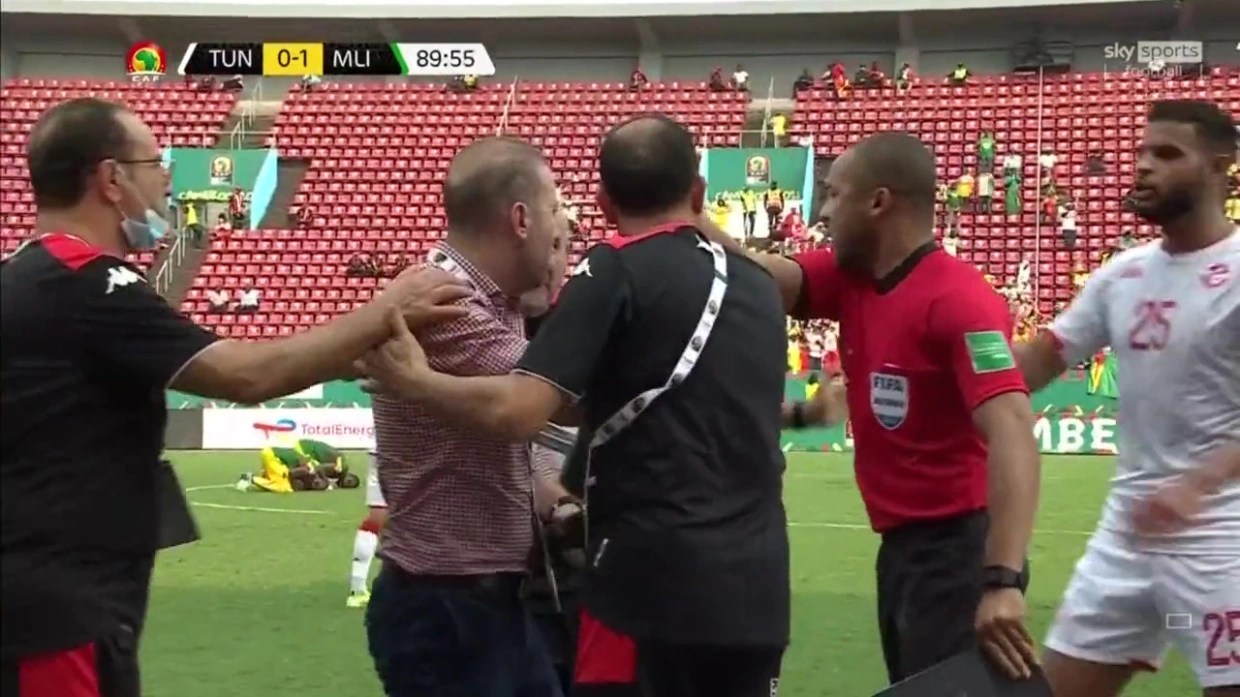 Incredibly, Sikazwe then blew for full time on just 85 MINUTES – before enraged Tunisia officials pointed out his simply bizarre error.

Sikazwe then sent off sub El Bilal Toure two minutes later for a slightly late challenge which was worthy of a yellow card at worst.

He was instructed by VAR to look at it again, but after a glance at the pitchside video screen, he stuck by his decision.

And to make matters worse, he then called for the end of the game early AGAIN.

The players left the field and it did for a time look like play could resume, but eventually Tunisia failed to materialise giving Mali their 1-0 win.

What has he said about the incident?

Sikazwe said: "I reached the point where I could start hearing some noise and I thought someone was communicating with me and people were telling me 'no you ended the match'. It was a very strange situation.

"I was going through my head to find who told me to end the match. Maybe I was talking to myself, I don't know. That is how bad the situation was."