Home » 7 of the Best Western Movies on Netflix

The Western is the classic American movie genre, from the 1903 silent The Great Train Robbery through Tom Hanks’ latest movie, News of the World. Though the Western has waxed and waned in popularity over the years, Hollywood has never stopped churning them out. There seems to be a steady appetite for films featuring grizzled cowboys, bloody shootouts, and sweeping landscapes.

While Netflix comes up short if you’re looking for classic Westerns (think John Ford and John Wayne), it has a solid selection of more recent films sure to appeal to fans of gunslingers and outlaws. Here are some of the best Western movies on Netflix in April 2021.

With Django Unchained, Quentin Tarantino made a provocative, ultra-violent spaghetti Western about slavery. (It’s inspired in part by Sergio Corbucci’s 1966 movie Django.) Jamie Foxx plays a freed slave who teams up with a German bounty hunter (Christoph Waltz) to rescue his wife (Kerry Washington) from a brutal plantation owner (Leonardo DiCaprio). Tarantino’s next movie, The Hateful Eight, is also a revisionist Western and streaming on Netflix.

‘In a Valley of Violence’

Ethan Hawke and John Travolta star in this 2016 Western about a drifter (Hawke) who finds himself in a nearly-abandoned mining town populated by a group of misfits and outcasts. Directed by Ti West (The House of the Devil), Entertainment Weekly called in a “scrappy and economical Western.”

‘The Ballad of Buster Scruggs’ 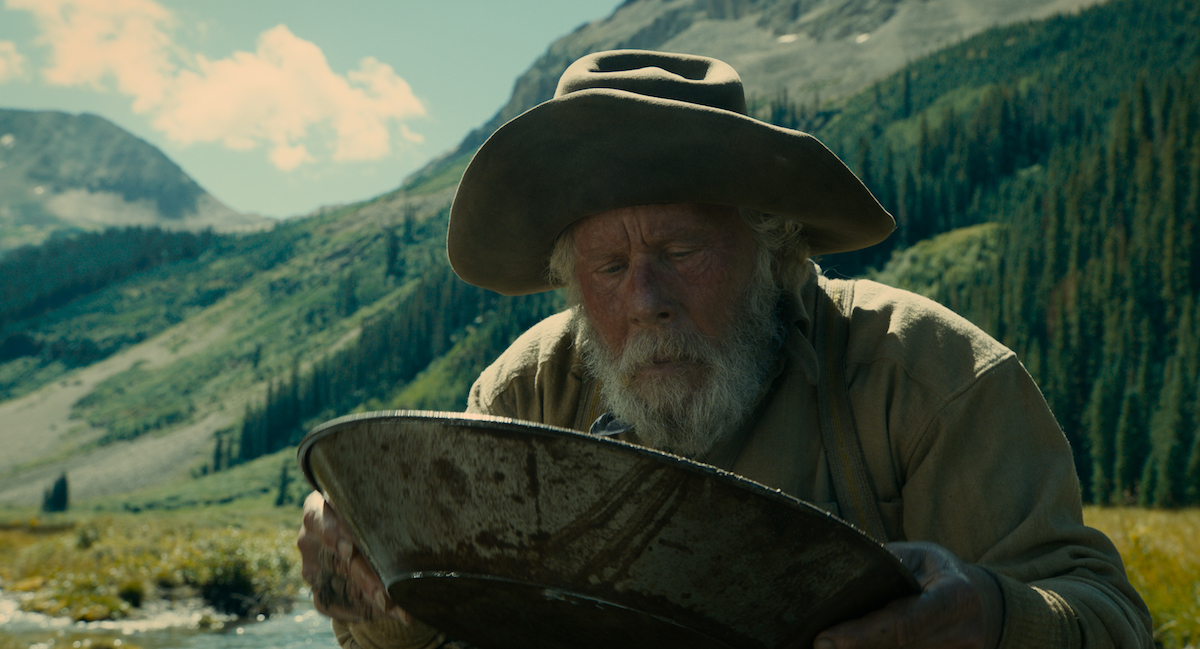 The Coen Brothers put their unique stamp on the Western in this 2018 anthology film. James Franco, Liam Neeson, and Zoe Kazan (among others) appear in a series of six vignettes about life in American West.

‘The Ballad of Lefty Brown’

An aging cowboy (Bill Pullman) vows to avenge the murder of his longtime partner in this movie from Jared Moshe. Peter Fonda plays the late friend, a recently elected Senator from Montana, and Kathy Baker plays his wife. NPR called it a movie that would please Western aficionados, though “the plot, setting, and widescreen images are all as standard-issue as a Colt 45.”

In 1990, Dances With Wolves became the first Western to win best picture at the Oscars since 1931. Star Kevin Costner also took home the best director prize for this movie, in which he also starred. He plays a Civil War veteran who is the sole officer posted to a remote fort on the U.S. frontier, where he befriends a group of Lakota. But tragedy ensues when more members of the U.S Army arrive.

Luke Hemsworth (brother of the better-known Chris and Liam) plays legendary lawman and gambler Wild Bill Hickok in this 2017 movie. It focuses on the time Hickok spent as the marshal of Abilene, Kansas. Kris Kristofferson, Bruce Dern, and country star Trace Adkins all play supporting roles.

‘There Will be Blood’

It’s not exactly a traditional Western, but there’s no denying the power of There Will Be Blood. Daniel Day-Lewis plays an ruthless, ambitious prospector-turned-oilman named Daniel Plainview who clashes with Eli Sunday (Paul Dano), a preacher in California around the turn of the 20th century in this Oscar-winning movie from Paul Thomas Anderson.

Is Moira Dingle actress Natalie J Robb leaving Emmerdale and what other TV shows has she been in?