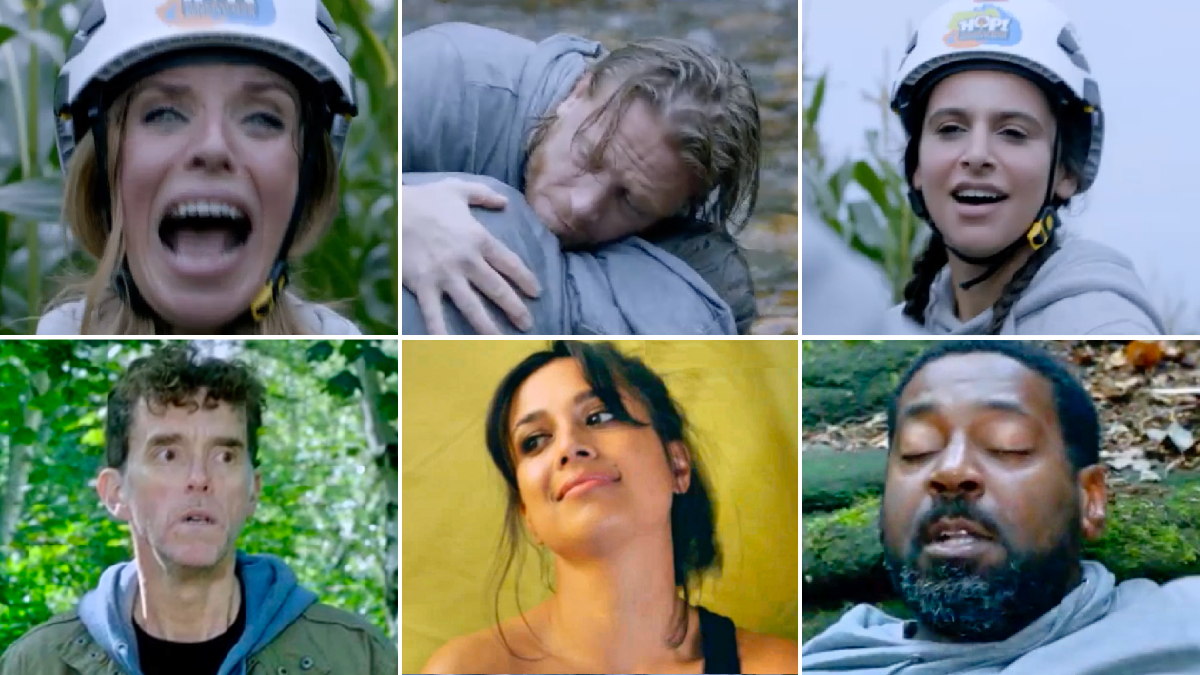 Emmerdale’s third survival outing was arguably it’s most intense yet, with jaw-dropping moments and shock twists aplenty, and a cliffhanger that no doubt rendered fans speechless!

The instalment in question picked up from where the previous left off, revealing Victoria Barton’s (Isabel Hodgins) lifeless body floating in the water, following her waterfall plunge.

Meena Jutla (Paige Sandhu), who was one of Wednesday’s (October 20) shining stars, found her nemesis submerged and proceeded to try and kill her. But her recklessness resulted in her being caught red-handed by Andrea Tate (Anna Nightingale).

So much to think about – including THAT shocking ending!

Ahead of tomorrow’s double-bill, we’re taking a closer look at what transpired tonight, and you might be surprised by what we discovered. Carry on reading, if you dare!

‘One bad thing leading to the next’

Meena has opened every episode thus far with a discussion about the events of the day in question. It’s thought that she’s talking to the police in a future scene, describing what transpired during the fateful survival week.

Wednesday’s edition of the serial drama saw her discussing the moment in which Victoria fell down the waterfall, and – interestingly – she mentions how ‘one bad thing’ led to the next, implying that there is more tragedy to come.

We know that the maze catches fire, and that at least one character will die at Meena’s hands, but is it just those incidents that Meena is referring to in her monologue? Or will there be more unpredictable tragedies to come?

It’s also incredibly interesting to note the difference in her tone in the introductory monologues in comparison to that of her’s in the present day scenes. One is riddled with empathy, albeit staged empathy. The other is disturbingly lacking in it!

Hope for Manpreet and Charles?

Manpreet’s brush with death forced her to come clean about her feelings for Charles, which stunned him to the core. He told her that they could not be together because he’s with Andrea now, and he refuses to let Manpreet ‘ruin’ his life a second time.

But Manpreet simply wasn’t willing to give up on happiness, as she urged Charles to admit that he loves her. Charles, unable to lie, did just that, but claimed that he cannot leave Andrea.

The duo were left at a bit of an impasse, not sure of how to proceed. But soon, they had other things on their mind…

The previous episode revealed that Charles had suffered a horrifying injury while fighting the treacherous waters, but he failed to notify Manpreet about it.

After a lengthy walk through the woods, he collapsed to the floor, much to Manpreet’s horror, as she realised the true extent of his wounds.

The doc berated him for keeping shtum, and resolved to get him help before it’s too late.

The question is: will she succeed? Or will Charles die before she can get him the medical attention he needs?

Marlon was rendered speechless, as Paddy revealed that he’d not only been doping horses at Kim’s request, but also that it’s essentially his fault Al has bought into the pub.

Paddy attempted to explain himself, but Marlon wasn’t having any of it, as he lashed out at his pal for ruining his dream.

Battle lines were drawn, as the friends said some hurtful things to one another, but will they be able to get past this? Can Marlon forgive Paddy for what he’s done?

What’s more, will he keep it a secret?

Will Marlon and Paddy have a larger role to play in this story?

Marlon and Paddy’s scenes over the couple of episodes have provided us with much needed relief amid the intensity of the survival challenge, but one can’t help but wonder if the duo’s arc will end up serving a greater purpose to the narrative rather than just providing for moments of reflection and laughter?

Paddy is desperate to find himself again after his dodgy actions over the past few months. Marlon, meanwhile, is determined to prove to April that he can achieve something – and that ultimately he’s brave.

Could Marlon or Paddy play a role in rescuing others from the deadly fate they may face?

Ellis and Priya snuck off from the rest of the group for some alone time together. After sleeping together in the tent, they resolved to head off to the maze ahead of their respective survival teams.

Priya told Ellis to keep the emergency blanket warm for her in case of another ’emergency’, implying that they might have sex again.

However, could the blankets in question be needed for an ACTUAL emergency? Did Priya unknowingly foreshadow a tragedy?

Will Andrea die at Meena’s hands?

The biggest development in the third part of the survival week was undoubtedly the fact that Andrea discovered that Meena is a murderer. Meena, however, has set out to claim her as her next victim, and – after a chase – she attacked Andrea with a ‘DEAD END’ sign.

The question is: is this really the end for Andrea? It’s thought that Meena will claim a victim during the week in question, but will Andrea be the unlucky Emmerdale regular who loses her life to the hands of the killer?

Or will she somehow manage to make it to safety? If it’s the latter option, then Meena’s reign of terror could be at an end.

You might not have noticed, but Charity and Mackenzie were missing from Wednesday’s offering of Emmerdale.

With so much going on, it’s no wonder that one of the narrative strands where rested during this particular episode, but it does beg the question as to what happened next for the lovers given where we last saw them?

Mackenzie all but declared how he felt about Charity, who was in turn stunned by Mack’s honesty.

Will we see Charity acknowledge this conversation and admit her own feelings for Mack? Or will the duo pretend said conversation never happened?

The Walking Dead: Danai Gurira opens up on Michonne ‘death’ scene ‘It was awful’