9-1-1: Lone Star actor Ronen Rubinstein has been delighting fans with snaps of himself on set for season four of the hit show – but a series of new photos had his followers asking the same question. In the show, Ronen’s character TK Strand is in a romance with Carlos Reyes, but although the pair got engaged in the season three finale, the new snaps showed TK not wearing a ring.

MORE: Who is 9-1-1’s Beverly Todd and what else has she starred in?

Taking to the Instagram comment section, one person wrote: “Bestie where is the ring?” with an engagement ring emoji. Another fan replied: “[I know right?] Maybe because he has to take off to work [I don’t know].”

Others noticed that Ronen looked very subdued while in character as TK, with one person commenting: “Why is he sad this season?” With another adding: “WHY HE DOESN’T LOOK HAPPY.”

Season three ended TK Strand proposing to boyfriend Carlos Reyes in the middle of the night after an emotional episode that saw his father almost die in a collapsed building – which was just one of TK’s many dramatic moments in the show, including falling through ice, being involved in a plane crash and being poisoned. 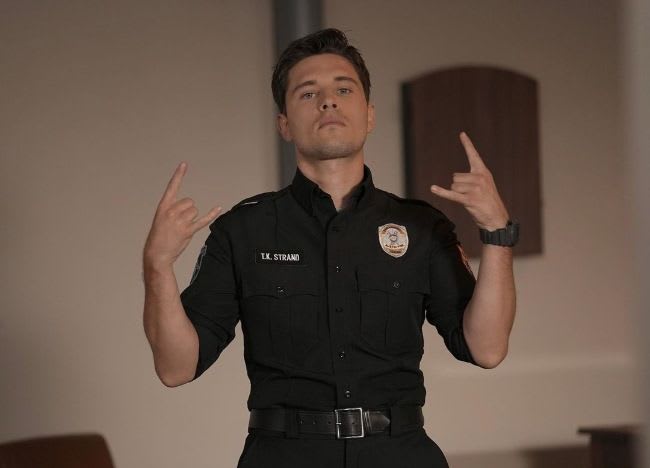 Chatting to HELLO! About TK’s traumatic storylines, Ronen said: “It’s an honor, They like to hurt me but it makes for really good drama, they put me in situations and scenes and I kind of enjoy it in a weird way, it gets me to play with some really cool stuff.”

He also revealed that he was well aware that the fans get stressed to see TK in trouble, saying: “It’s really traumatic for the fans, and I’m happy that I’m able to keep them feeling all of the emotions! I definitely enjoy Twitter and I enjoy engaging with the fans on Twitter. They love me and I love them, and the least I can do is engage and have fun with them.”

Corrie star thanks supportive fans after tweeting: 'I've had enough'