FANS of ADELE could be in for another treat following the release of her latest album 30.

I can reveal Netflix has approached the superstar over the possibility of a film charting her record-breaking comeback — including her two sell-out shows at the BST Hyde Park festival in London next summer. 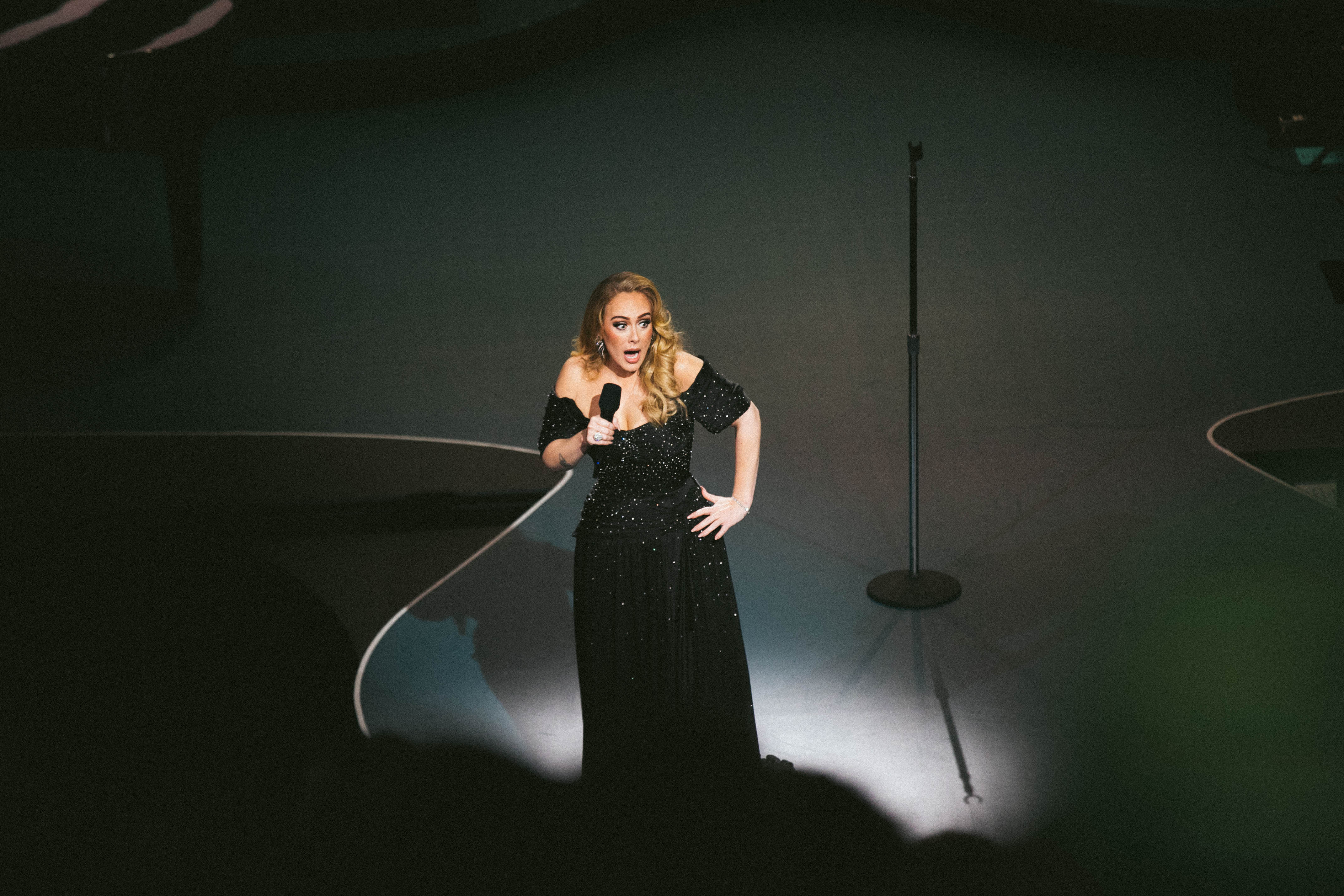 A source said: “Adele is the most in-demand woman of the moment and Netflix thinks it could create something really special with her.

“Her team have been app­r­oached about a possible multi-million-pound film that would chart her comeback and huge BST shows next July.

“At the moment any plans for a world tour are on ice because of Covid and this film could bring Adele live closer to fans who weren’t able to get tickets.

Netflix has done amazing music films with stars including Taylor Swift and Shawn Mendes and it thinks Adele’s could be incredible if she was up for it.
“Those involved in the early stages of the proposal have made it clear Adele would be in the driving seat.

"She would have total creative freedom and full approvals on the edits if they do give the project the green light.”

Fourth studio album 30 was released last Friday and is outselling the entire Top 40 combined, meaning Adele will sail straight to No1 on Friday.

It is likely she will hit the No1 spot in the singles charts too, with two more of her songs from the album — I Drink Wine and Oh My God — vying to knock her single Easy On Me off the top spot.

Given how many records she is looking to break with the album alone, I’m not surprised Netflix is so keen to get on board with Adele.

He has gone public with singer Amanda Blank, with pals saying they are smitten.

A source added: “Matt and Amanda have been dating for a while now, they make each other very happy.”

Matt’s ex-wife Breana confirmed her split from the I Bet Your Look Good On The Dancefloor star in 2019.

She has since altered a tattoo dedicated to him on her bottom to pay homage to actor Matthew McConaughey. Smooth.

Rita song has The X Factor

RITA ORA has enlisted the help of The X Factor singer Ella Henderson for new single Follow Me.

The collab with Dutch DJ Sam Feldt  was co-written by Ella and will be released in the coming weeks. 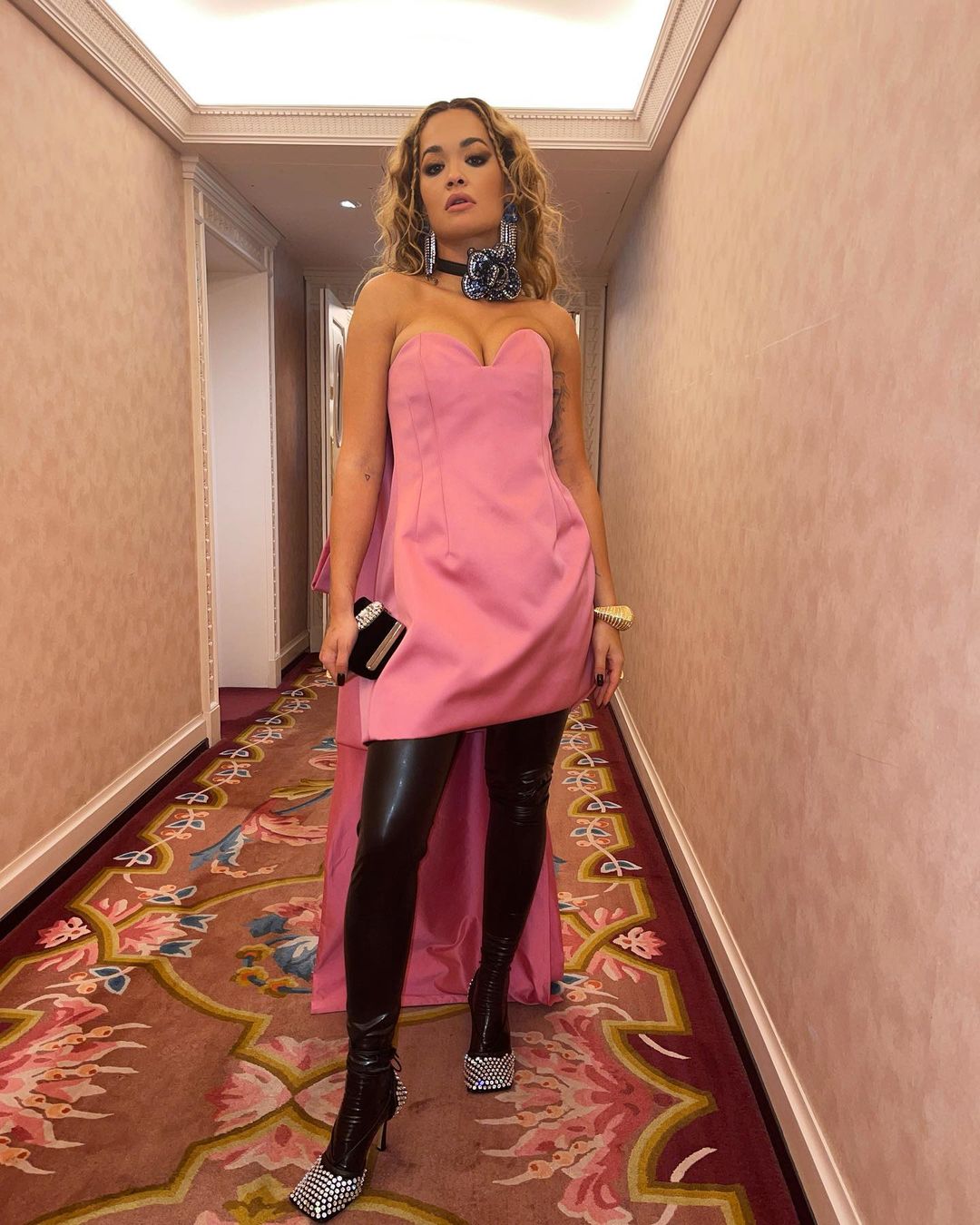 A music source said: “The video for Rita’s new track was shot this week in Los Angeles by director Johannes Lovund, who recently worked with Norwegian DJ KYGO.

“The song is a real banger, Rita has another sure-fire hit on her hands.

“She appears in the video but not as the main character. Fans will love it.”

Rita has been super-busy since taking a few weeks off following her stint as a coach on The Voice in Australia.

The insider added: “Rita is already known for working around the clock but after a chilled summer in LA she’s really hit the ground running.

"Within 24 hours of wrapping up filming of The Masked Singer in London she was back in the studio and then flew to Hungary for the MTV EMAs.”

I bet she’s already looking forward to putting her feet up again over Christmas. This year she’ll be joined by her Kiwi film director boyfriend Taika Waititi.

Last week I revealed how the smitten singer had introduced him to her family, with pals saying he seriously impressed them.

Just make sure you keep treating her right, Taika.

ABSENCE has made the heart grow fonder for Bastille fans.

The chart-topping lads have added two further dates to their UK tour next year after selling out a host of venues.

Along with gigs in London, Manchester and Birmingham the group will now play at Bournemouth International Centre on March 31 and Hull Bonus Arena on April 1.

Frontman Dan Smith said: “We’re buzzing to play for everyone at these brilliant venues.”

The group will also drop their upcoming fourth album, Give Me The Future, on February 4.

Gaga's a hottie tip for Oscar

SHE won an Oscar for Best Song for 2019 romantic drama A Star Is Born and now Lady Gaga is being tipped for the Best Actress gong for new movie House Of Gucci.

And fans queuing up to watch the singer in the biographical crime drama about the Italian fashion house, out today, will certainly get an eyeful. 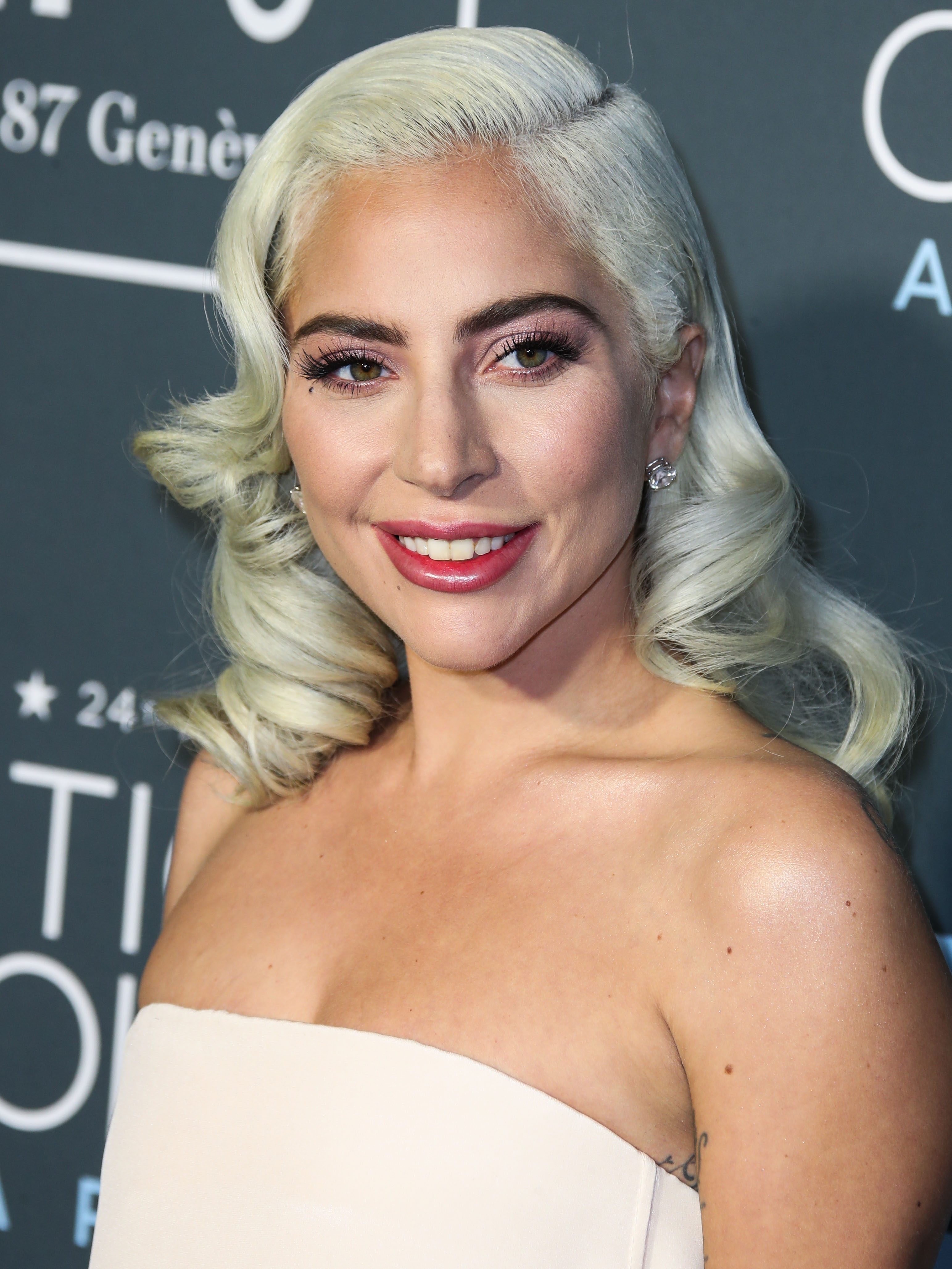 During the first 45 minutes she is involved in three graphic sex scenes with co-star Adam Driver – in a car, in a bath and on a table.

But Gaga and Adam were not at all fazed by the X-rated scenes, with him revealing the American pair’s on-screen chemistry made filming a breeze.

Adam said: “We blocked it out as we would any fight or any scene, then we just kind of ran it maybe once or twice and that was it.

“We were feeling it, so to speak. Everything I say sounds like a double entendre, but, we winged it.

“I will say also, at that point, we had been shooting for a month, so we felt very comfortable to go where we needed to go.”

The American teenager is the first time nominee with the most nods for next year’s Grammys, up for seven awards including in four of the biggest categories: Song of the Year, Record of the Year, Album of the Year and Best New Artist.

She faces off against Billie Eilish, with seven nods, and Lil Nas X, who has five, in all those categories except the final one.

Doja Cat and HER are the most nominated female stars at the bash, which will be held in January next year, with eight nominations each.

It was a record breaking moment for Jay-Z too, who now has more nominations than any artist in Grammys history with 83 nods, while Justin Bieber hit a career high with eight nominations – the most he has ever had in a single year.

ABBA earned their first ever nod and are going up against Olivia, Lil Nas X, Lady Gaga and Tony Bennett, and Jon Batiste for Record Of The Year with their comeback song I Still Have Faith In You.

Elsewhere Kanye West's new album Donda will go up against Drake's Certified Lover Boy for Best Rap Album and British star Becky Hill also got three nods – including a nomination in the prestigious category for Song of the Year for her song, La Di Da, Da Di Da.

AT next year’s ceremony, which will take place on January 31 at Los Angeles’ Staples Center, Taylor Swift will hoping to join Frank Sinatra and Stevie Wonder  as the only artist to win Album of the Year for two consecutive years with her record Evermore.

And for Paris it's full steam ahead

AHOY heir – it’s only Paris Hilton sunning herself on her honeymoon.

The TV star and DJ posed in this sailor’s hat, bright pink bikini top and matching sarong during the break in the South Pacific. 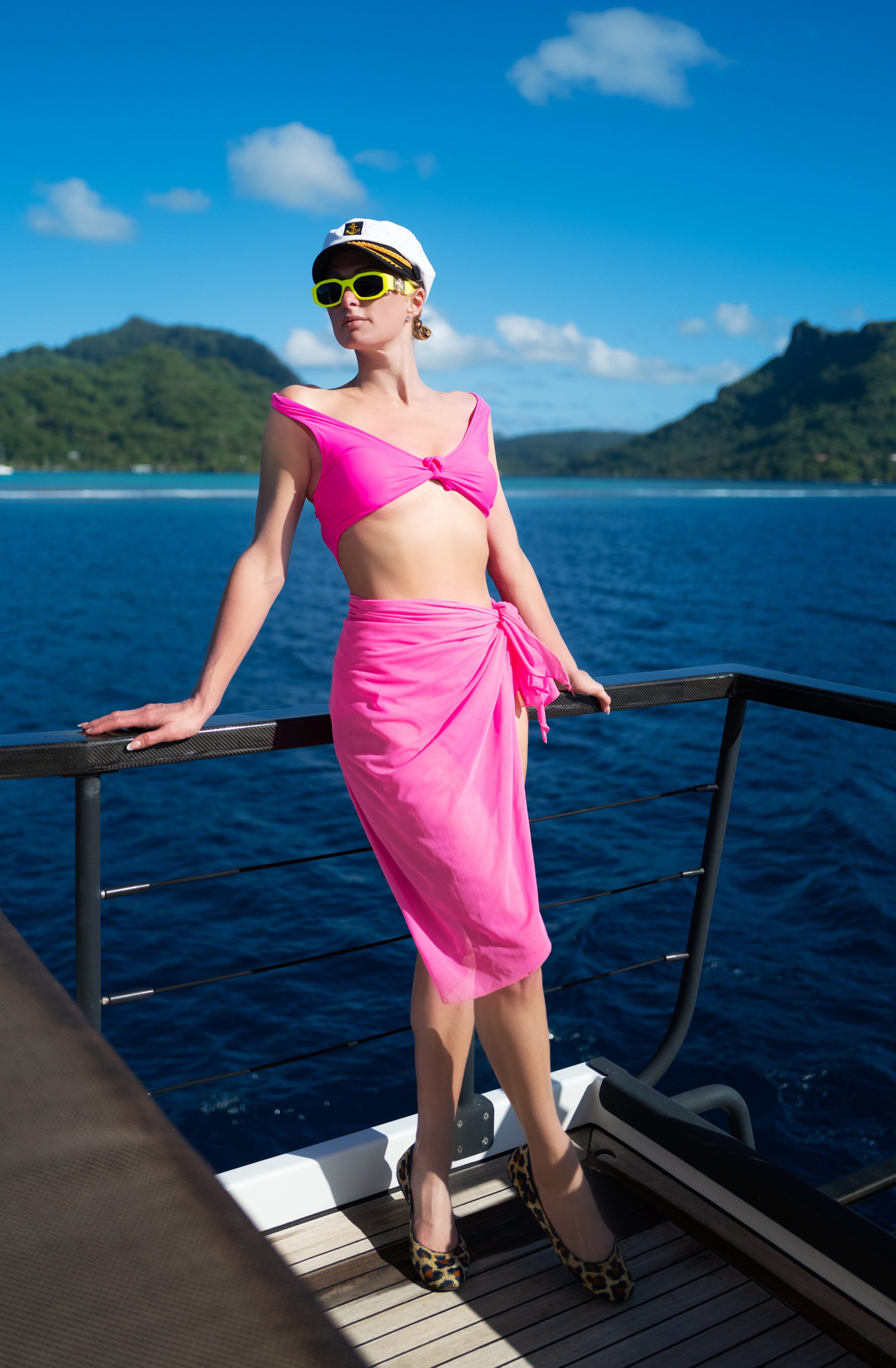 She jetted off to one of the tropical islands with her new husband, entrepreneur Carter Reum, this week and has been sharing snaps non-stop.

When she’s not making Carter take photographs of her, the newlyweds have been swimming with dolphins and deep-sea fishing.

First was their wedding day, with guests including Kim Kardashian and Nicole Richie, then a neon carnival-themed party then a low-key bash on her family’s estate in Los Angeles.

I expect to see at least nine albums’ worth of photographs before these pair finally jet home to reality.

The gigs, which were due to take place last year to coincide with the 20th anniversary of her song I’m Outta Love, were postponed because of the pandemic.

Now the singer is back and will play 37 dates across the UK and Europe.

Anastacia will begin her tour in Geneva, Switzerland, on September 18 and will play across the continent before kicking off her concerts in glamorous Basingstoke on October 30.

She’ll go on to play gigs around the country, including a huge date at London’s Hammersmith Eventim Apollo on November 8.

JUSTIN BIEBER and wife Hailey appeared to take inspiration from Nineties film The Matrix for their night out.

The couple chose black outfits, with Justin rocking a long leather coat like that worn by Keanu Reeves as the movie’s time-hopping lead character Neo. 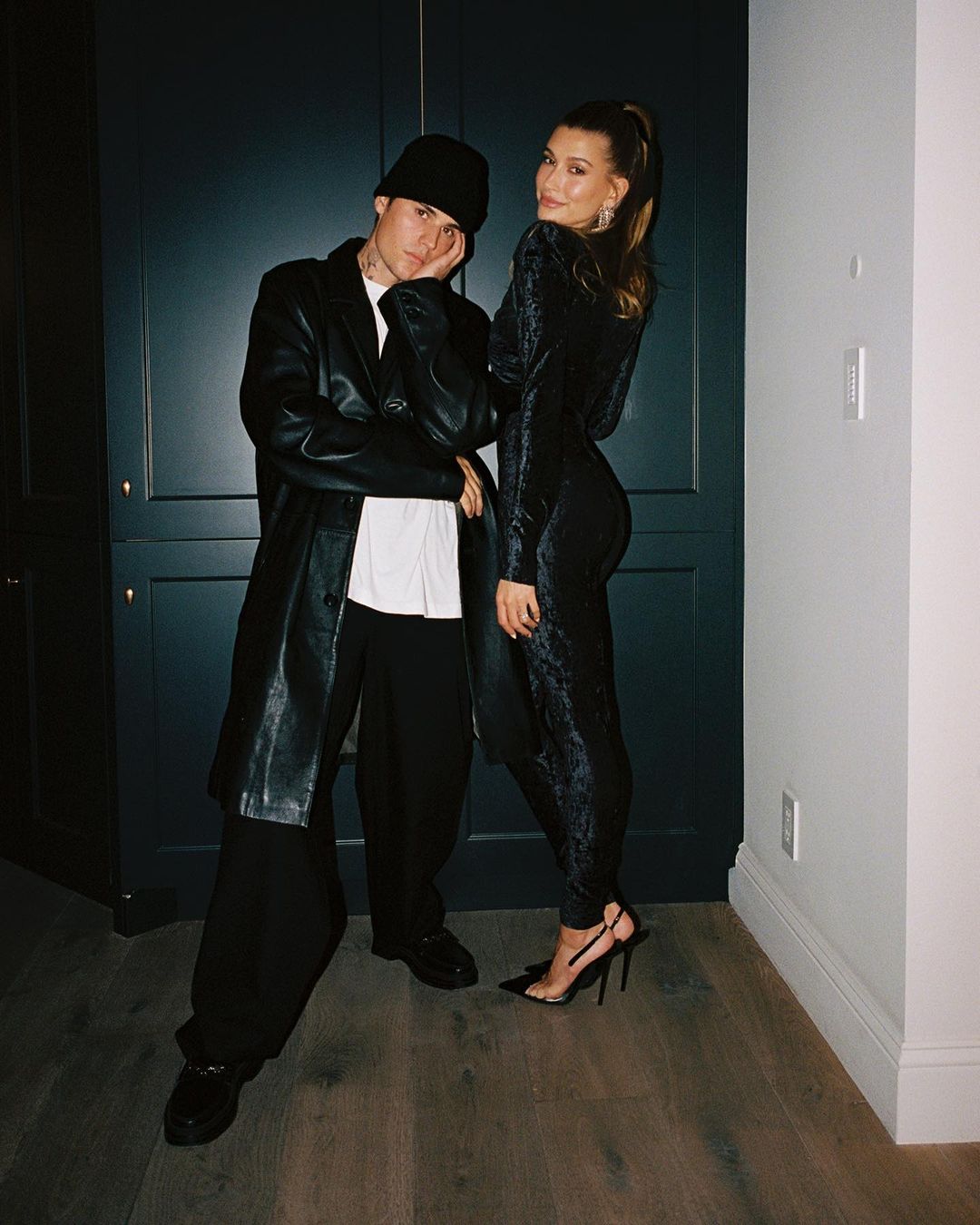 Justin and Hailey, who wed in September 2018, celebrated her birthday this week, with the Canadian pop singer writing a gushing open love letter to her.

Alongside snaps of Hailey on Instagram, Justin wrote: “My heart belongs to you. My eyes belong to you, my lips belong to you. I am yours. I am so blessed to be yours.”

Justin will return to the UK in February for eight gigs, including three at London’s O2, as part of his Justice world tour.

‘Barry’: Season 2 Hinges on What You Think Happened to Janice