Home » TV & Movies » Alex Jones derails The One Show after wardrobe mishap ‘Give her another top!’

The One Show pairing of Alex Jones and Amol Rajan returned to BBC One this evening alongside guests Ross Kemp, Daniel Mays and Stephen Graham. However, this evening’s episode didn’t get off to the smoothest of starts as Alex brought the show to a standstill and was left touching her face following an “itchy jumper” blunder.

Amol and Alex were discussing the topic of interacting via the web when The One Show host had to bring proceedings to a temporary halt.

Alex had just got off of a video call with Code 404 stars Daniel and Stephen when they raised the conversation.

Amol said: “Can you imagine, Al, life in a lockdown without the internet?”

The One Show host replied: “I know! You’re talking to people now that you haven’t spoken to for years!” 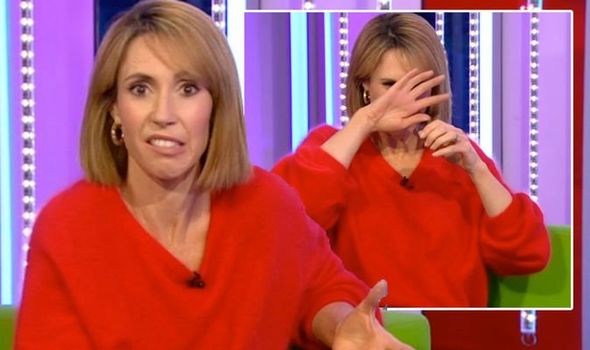 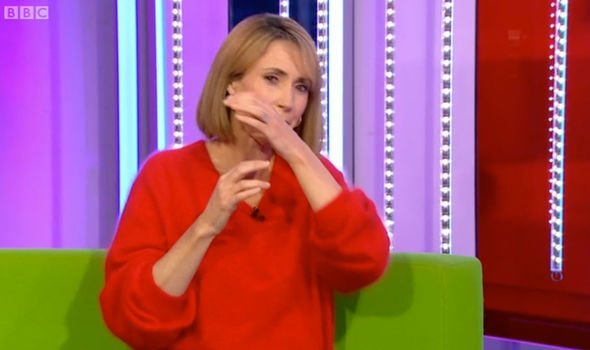 Alex continued: “Like some people you weren’t particularly massive friends with at school,

“But suddenly we’re having a chat on a Saturday and a glass of wine.”

However, before the conversation moved on, Alex apologised to viewers as her jumper was distracting her from presenting.

She said: “Gosh, this jumper’s gone up my nose, I’m really sorry!” 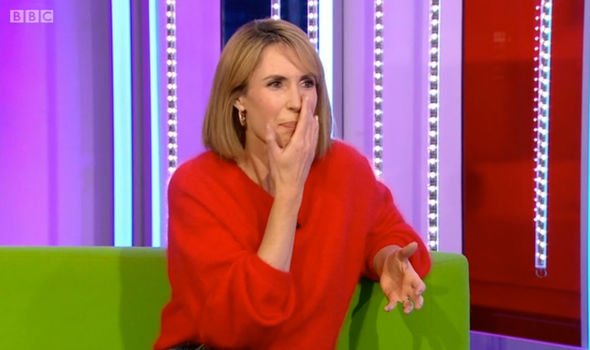 Amol saw the funny side of his co-host’s blunder as he let out a laugh.

Alex continued her apology: “Mohair is a bad idea on telly, I’m so itchy!”

The One Show presenter managed to regain her composure for the rest of the show as they moved on.

It didn’t take long for viewers at home to weigh in on the hilarity of the scenario.

Taking to Twitter, one fan said: “Someone give #AlexJones another top. Please.”

While another weighed in: “@BBCTheOneShow You have to love Alex Jones,

“Only her jumper could get up her nose and she is happy to tell you, #realwoman.”

And a third tweeted: “Alex, ya class,” followed by a series of laughing emojis.

DON’T MISS:
Matt Baker heartbreak: Big Night In host ‘had to give up his dream’
The One Show: Alex Jones left red-faced after co-host blunder
Alex Jones: The One Show host talks ‘disappearing work’ in candid post

However, some fans were more concerned with the presenter touching her face amid the ongoing coronavirus lockdown.

One fan tweeted: “Alex Jones touching her face on The One Show? #TheOneShow.”

Alex and Amol will be back tomorrow evening at the same on the famous green couch.

The One Show continues every weekday at 7pm on BBC One.

Spoilers: Hollyoaks confirms Edward is the father of Diane's baby

Will there be a Gavin and Stacey Christmas special 2020?