In the CW series All American, Asher Adams (played by Cody Christian) discovered devastating health news, jeopardizing his football career. From a young age, the aspiring football player dreamed of playing in the NFL. But now, Asher can no longer play football. So, what’s next for the high school athlete?

What happened to Asher in ‘All American’ Season 3? 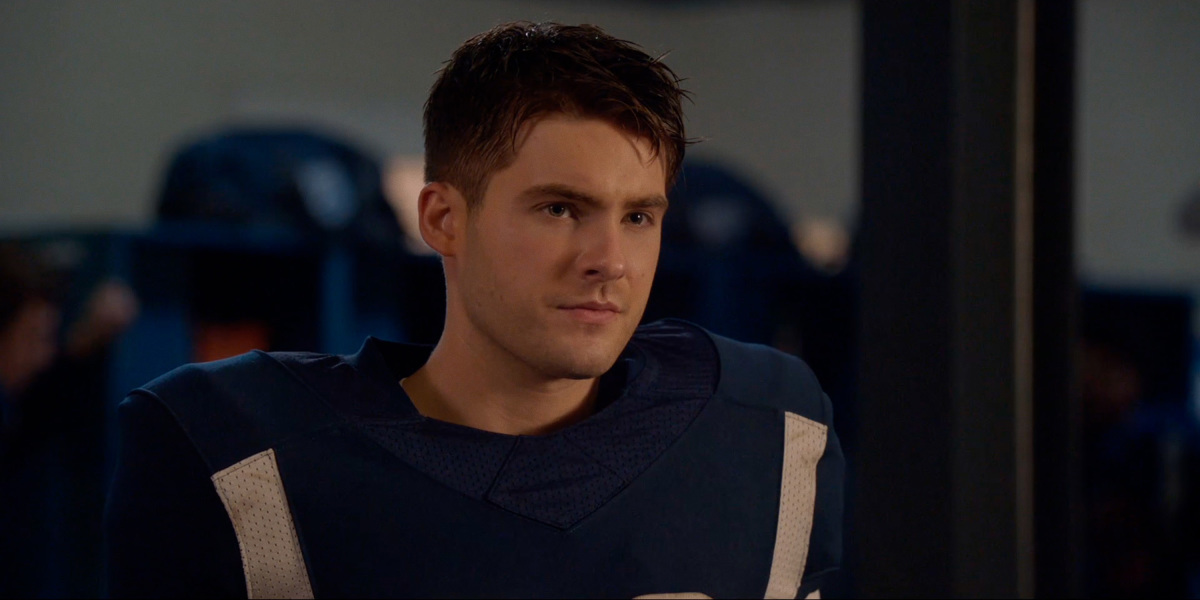 In season 3, Asher received a full scholarship to his dream college, Coastal California. Finally, Asher’s dreams are coming true. But, they soon come crashing down after a new revelation. During the season finale, Asher is getting ready to play in the state championship game. Beverly Hills High has made it to the finals and must play against South Crenshaw.

Right before Asher steps on the field, his father, Harold Adams (Casper Van Dien), enters the locker room with tears in his eyes. Then, he tells Asher that he can’t play football anymore because of his rare heart condition called cardiomyopathy. A few days prior, Asher took a big hit during practice and had to get X-Rays. The scans revealed his condition, which is something Asher did not know before.

Asher trashes the locker room in a rage while Coach Montes (Alexandra Barreto) is overcome with emotion. So what does this mean for Asher’s future? Now that he can’t play football anymore, will the high school athlete pursue another profession?

‘All American’ showrunner teases what’s next for Asher

All American fans are wondering what’s next for Asher Adams in the fourth season. In an interview with TVLine, All American showrunner Nkechi Okoro Carroll revealed Asher has a tough road ahead. When asked about the character’s future, she said, “When you lose something you love, it really is a loss. We’re going to see Asher go through those stages of grief. [We’ll see] what the new path is, and hope that in the process of grieving, that path doesn’t get jeopardized.”

While noting that Asher has “matured quite a bit,” Carroll said Asher’s process would be different from previous seasons. So, what is next for Asher? Many fans couldn’t imagine the high school athlete pursuing a profession outside of football. Since Asher has some good coaching skills, maybe he could explore coaching opportunities.

What should fans expect from the fourth season?

The season 3 finale ended on several cliffhangers, leaving many fans wondering what would happen next. Luckily, showrunner Nkechi Okoro Carroll reassured fans that the All American Season 4 premiere will “fill in the blanks” for what happens next.

“What we can promise the audience is we will fill in the blanks of what happened,” Carroll told TVLine. “This is not going to be a season-long guessing game of where things ended up after the cliffhangers. Those questions will be answered in the first episode. We will see a ripple effect through a number of characters as they are changed, and their directions pivot – and maybe even life priorities change as a result of the cliffhangers.”

11 Biggest 'Wandavision' Questions: Who's the Beekeeper? How Is Vision Alive?