Patrick Fugit was just 16 years old when he was cast as the lead in Cameron Crowe’s semi-autobiographical “Almost Famous,” a part that not only demanded the first-time film actor appear in nearly every scene, but that he frequently share it with such masters as Frances McDormand and Philip Seymour Hoffman. Fugit was clearly up for the task, and his work as wide-eyed would-be rock journalist William Miller remains one of his signature parts, and one he still remembers quite fondly.

As the film hits 4K this week — complete with a Crowe-supervised transfer, the inclusion of both the theatrical cut and the so-called “Bootleg” cut (Fugit’s favorite), and a wealth of bonus material — Fugit looked back on the experience, which includes getting some casual tips from McDormand, who plays his mother in the film and went on to earn her then-third Oscar nomination for the role as the uptight Elaine Miller.

“From Frances, it was a lead by example thing,” Fugit said in a recent interview with IndieWire. “She had the best energy that she, to be honest, had to tone down quite a bit of herself to be in the character and to be, as she called it, so square. She was more of a hippie, so to play a character that was so reserved and opposed to that style of life was fun to watch.”

Fugit said that McDormand, who had already won her first Oscar (for “Fargo”) before they worked together, was open about sharing her own early on-screen experiences with the young actor. That included reflecting back on her own first big screen role in “Blood Simple.”

“She told a story about watching ‘Blood Simple’ for the first time, and she was amazed when she watched it,” Fugit said. “She was like, ‘I can’t believe that I don’t move my face. I’m watching the movie like, “Come on, Frances, act.” She said she was so nervous, because someone had told her that the camera catches everything, so she was like, ‘Well, the camera’s going to see every little movement. So I better not move too much.’ She was talking about her inhibitions that were getting in the way of her emoting and expressing and settling into the character and immersing herself, and letting it happen on her face rather than reserving it and being very conscious of the camera.”

For Fugit, it was both a great lesson and an amusing example of McDormand’s own humility, even in the face of clearly great work. 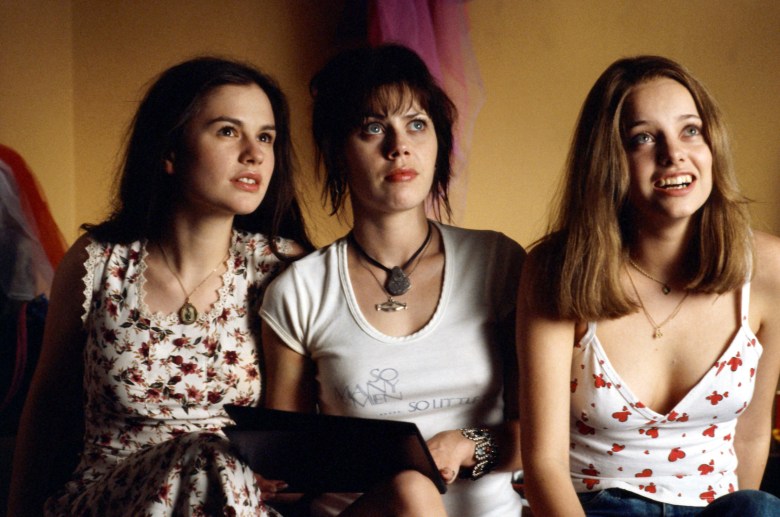 ©DreamWorks/courtesy to The Everett Collection

“By the way, she’s fucking brilliant in ‘Blood Simple,’ so I watch it, and I’m like, ‘You’re brilliant. What are you talking about?,’” Fugit said. “But the lesson was, you’ve got to free yourself, get out of your own head, be in the character. If that means moving your face, don’t be self-conscious about it. You’re going to move your face. I think she told that story because she could tell I was in that spot.”

Fugit added with a laugh, “Also Philip Seymour Hoffman was kind of like the other end of the spectrum. He’s like, ‘Why are you moving your face so much? It’s just acting!’”

Watch Fugit put McDormand’s (and, hell, even Hoffman’s) tips to the test in a deleted scene from the film below, which sees him facing off against a giggly gaggle of his beloved Band Aids. Along with a handful of other cut scenes and sequences, the clip is also available on Paramount Home Entertainment’s brand-new 4K release of the film.

Paramount Home Entertainment will release “Almost Famous” on 4K Ultra HD in a limited-edition Steelbook, as well as in a new limited-edition Blu-ray in the Paramount Presents line, on Tuesday, July 13.

'The Bachelor': Who Are the 5 New Contestants Competing for Matt James' Heart?