Retrogression is being billed as a dark dystopian sci-fi epic set 300 years in the future, where The Dark Army polices slave factories on an island called Omega. The Dark Army NFT series draws inspiration from these enforcers on Omega’s ravaged landscape.

Actor and filmmaker Hayes is the producer/director of the Zac Efron-starring Gold and has appeared in several films and TV series. He has been developing Retrogression in recent months and has now partnered with Mogul to raise capital.

The 1,530-strong NFT series will be called ‘The Dark Army,’ and its proceeds will be used to fund production, with ‘Rare Tier’ NFT holders taking executive producer credits on the first Retrogression film and others entitled to unique experiences such as on-set production visits or chances to appear in the films. The rarest, Dark Army leader General McKinsky, is limited to just 10 in each color and each NFT will have additional utility built in, allowing for holders’ character avatars into various metaverses where a Retrogression P2E (Play to Earn) gaming experience will be hosted.

Common tier holders will be able to access beta testing of an upcoming Retrogression game and get behind-the-scenes access.

The launch aligns with Mogul’s mission to transform how movies are funded and empower filmmakers to have greater financial and creative autonomy, while giving superfans a voice in the production process.

The Dark Army collection will be launched on the Ethereum blockchain, using a minting process that gives all buyers an equal opportunity to score a super-rare NFT. 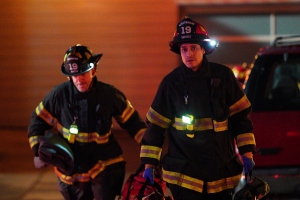 Expects $1.8B Streaming Loss In 2002; Film Revenue Doubles With ‘Maverick’

No Time To Die: Next James Bond Movie Will Be With Us Sooner Than Expected