All or Nothing Arsenal: Mikel Arteta delivers dressing room speech

The Arsenal manager spoke about the powerful moment on BBC Breakfast ahead of the release of the documentary series on Thursday. Mikel Arteta admitted his admission featured in the All or Nothing trailer was not “planned” and came after Arsenal had lost their opening three Premier League games last season.

He said: “I never opened up like this to anyone.

“I think 90 percent of the boys or staff wouldn’t know about that issue. But it’s how I felt just before that moment, it’s nothing that I planned.”

“I was born with a big heart issue that they could not resolve until I was two years old because I was too little,” Mikel continued.

“They had to open my heart and go through it. It was one of the first surgeries that was done in that way in Spain, so we didn’t know how it was going to end up. 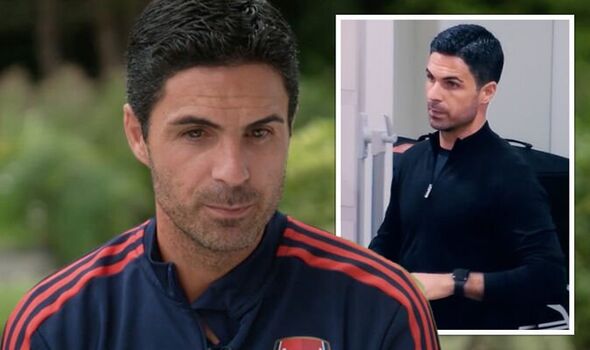