The 30-year-old former footballer held his beautiful daughter close to his chest as he lifted her up to see a heartwarming message left for her in the sky. 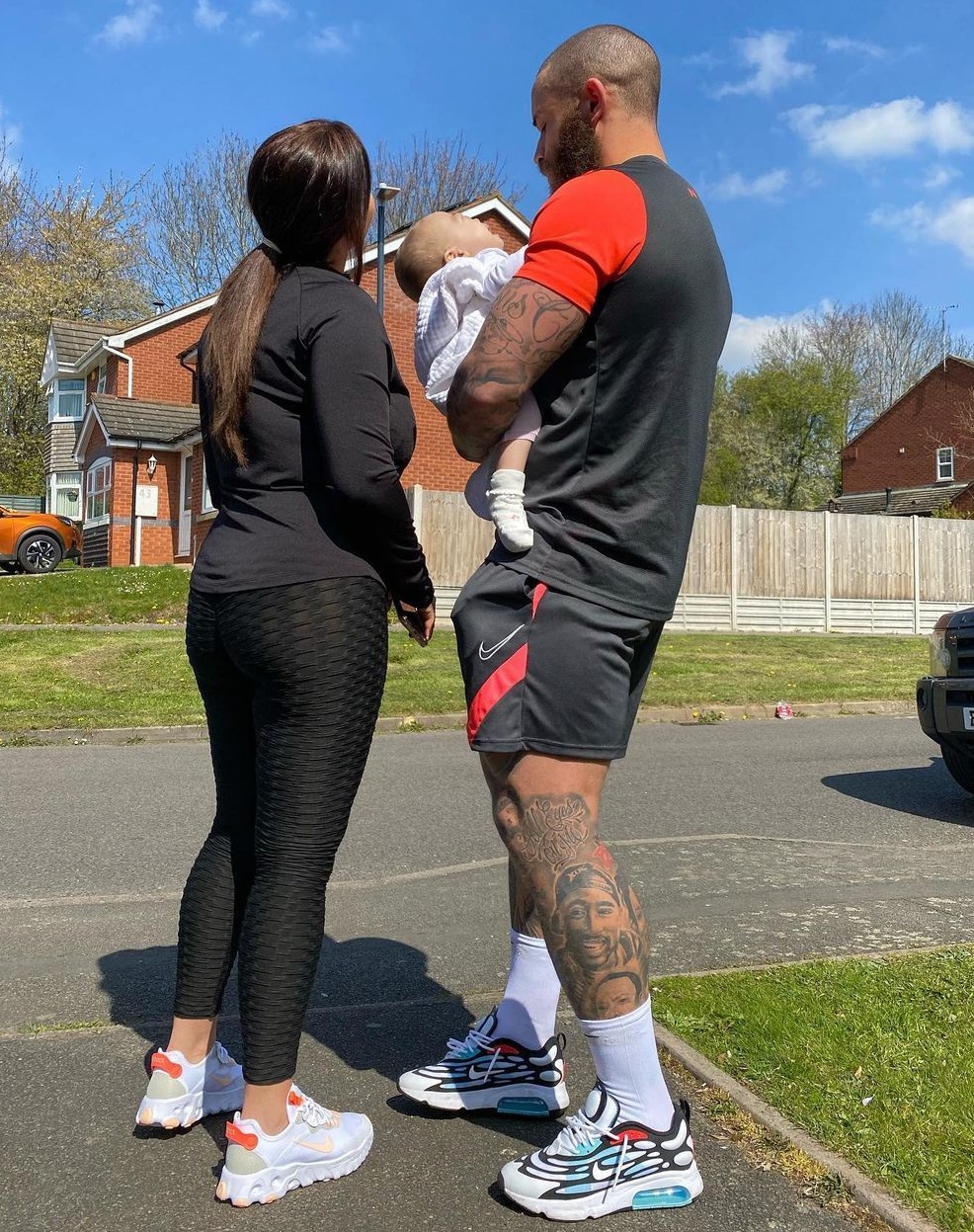 The family watched in awe as a huge love heart was drawn in the sky for their brave eight-month-old daughter.

Alongside the heart was a massive letter A, dedicated to the sweet little girl.

The proud mum said her "heart was melted" as she held her daughter in her arms. 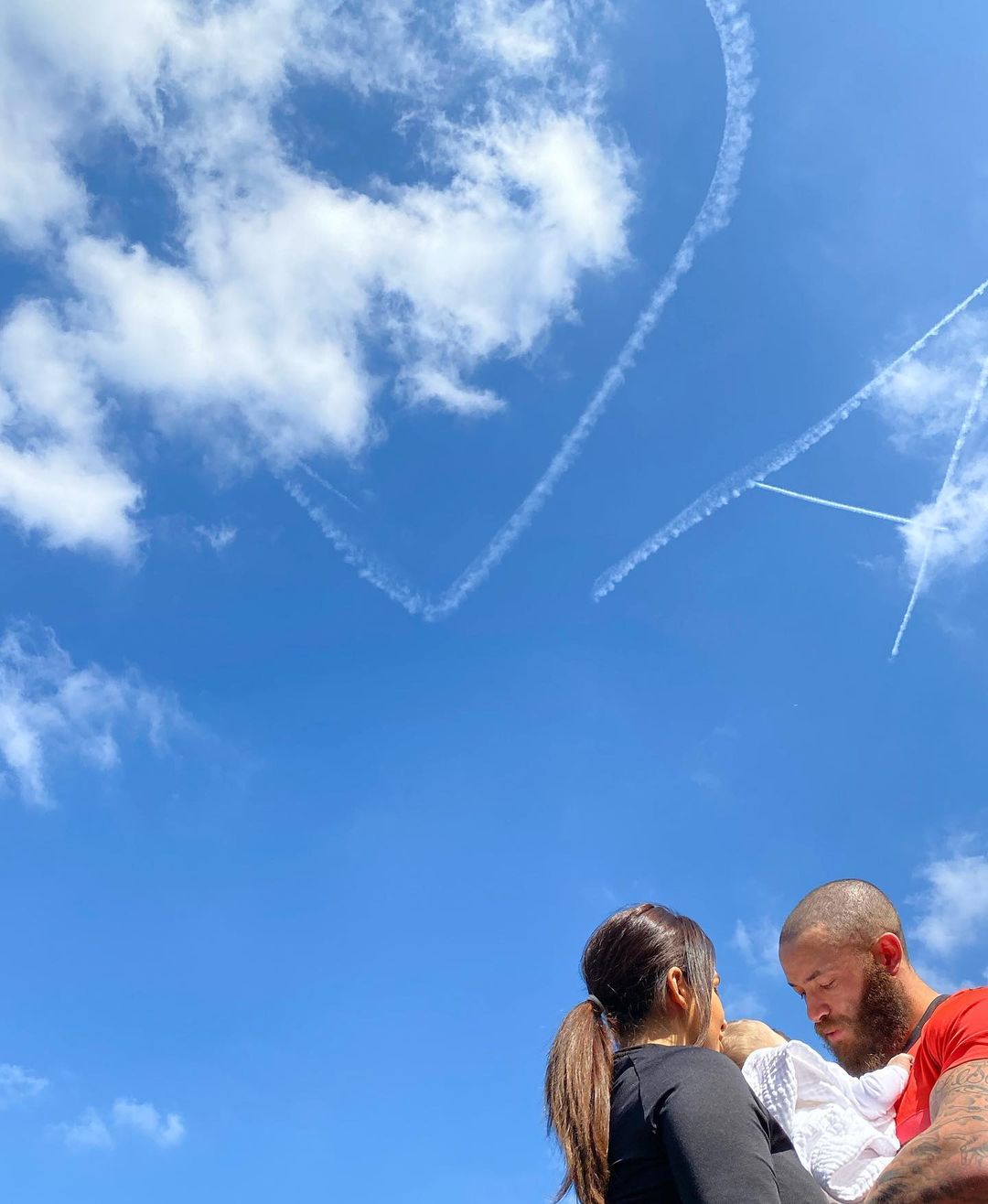 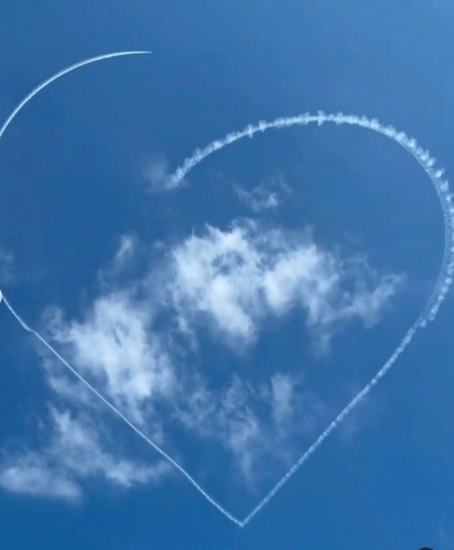 She wrote: "Today we all watched yet another wonderful tribute for Azaylia, as we stepped outside our home we was surprised with a plane ?. Azaylia Diamond Cain❤️

"My heart filled with pride as I held you in my arms with daddy, and together we looked Up to the sky ?a love heart and the letter A was written in your honour, this melted my heart and filled me with warmth????"

She also told her fans that she's never felt so scared, nervous and anxious in my life as her "heart aches heavy" daily.

Safiyya continued: "I'm so proud of you Azaylia, your beautiful I’m so blessed to have another day with you, I have never felt so scared nervous and anxious in my life, my heart aches heavy all through the day but being able to love are care for you is the biggest gift of my life ??? 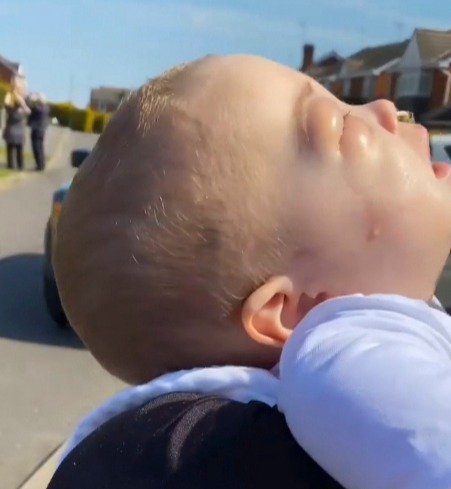 "Your battle against AML has inspired so many people to show kindness, This is so beautiful to see.

"You are bringing everyone together. Thank you for all the beauty & lighting up the world for my little girl?????."

The emotional post left their fans in tears, with one writing: "I find it so difficult watching your videos, it is heartbreaking to see Azaylia so poorly. You are doing your little lion so proud every single day."

Another posted: "You're such an amazing family. Azaylia is so lucky to have such a supportive family behind her." 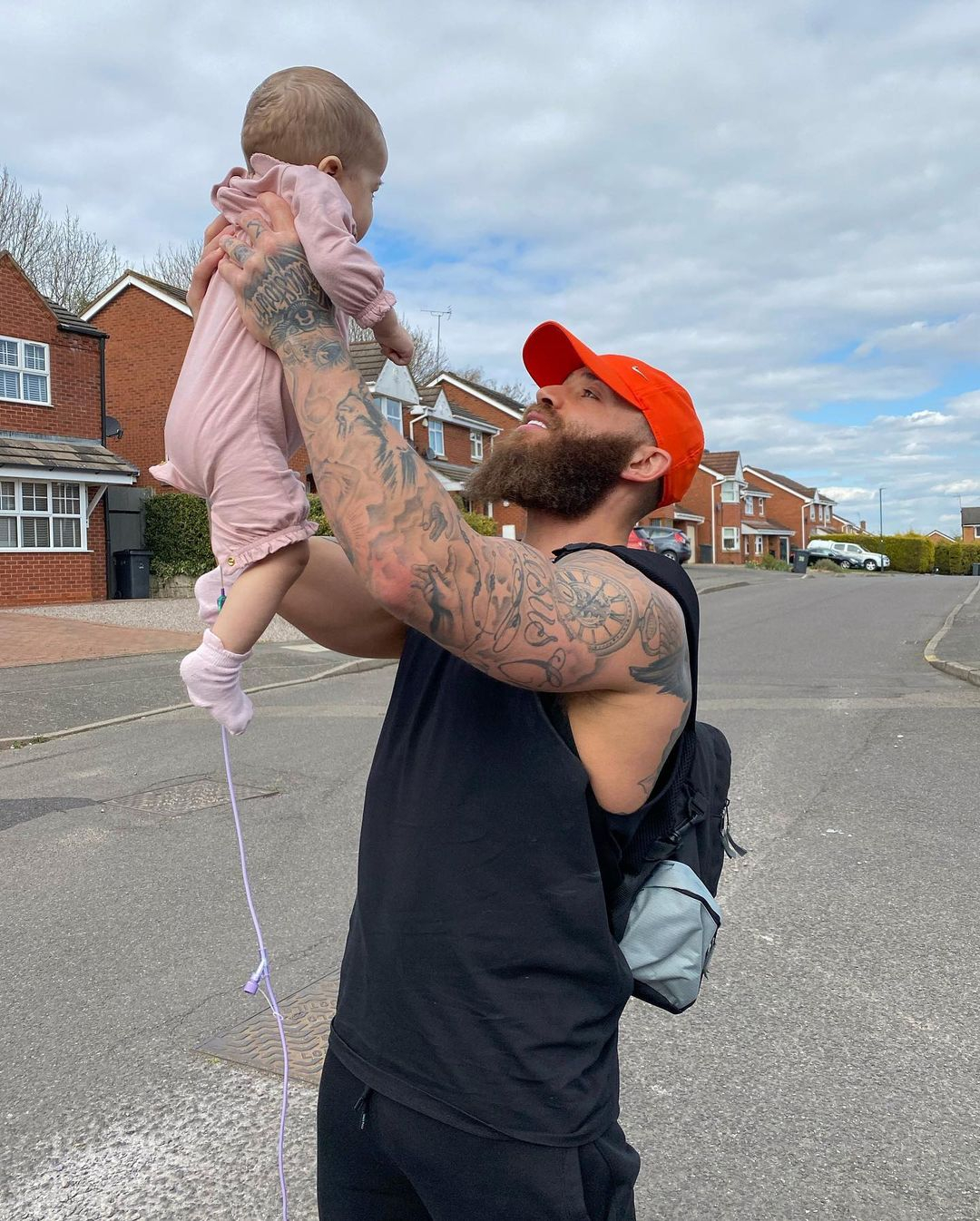 A third shared: "Such a lovely thing to do for her. Such a brave and beautiful little girl who has won our hearts."

Ashley showed their difficult morning routine, which requires their daughter to take seven syringes of medication and feeding tube.

Earlier this month, dad Ashley and his partner Safiyya were devastated by the news their daughter only has days left to live after tumours spread through her body.

While the couple have brought little Azaylia home for her final days, they are having to keep her out of extreme pain with a concoction of medicines. 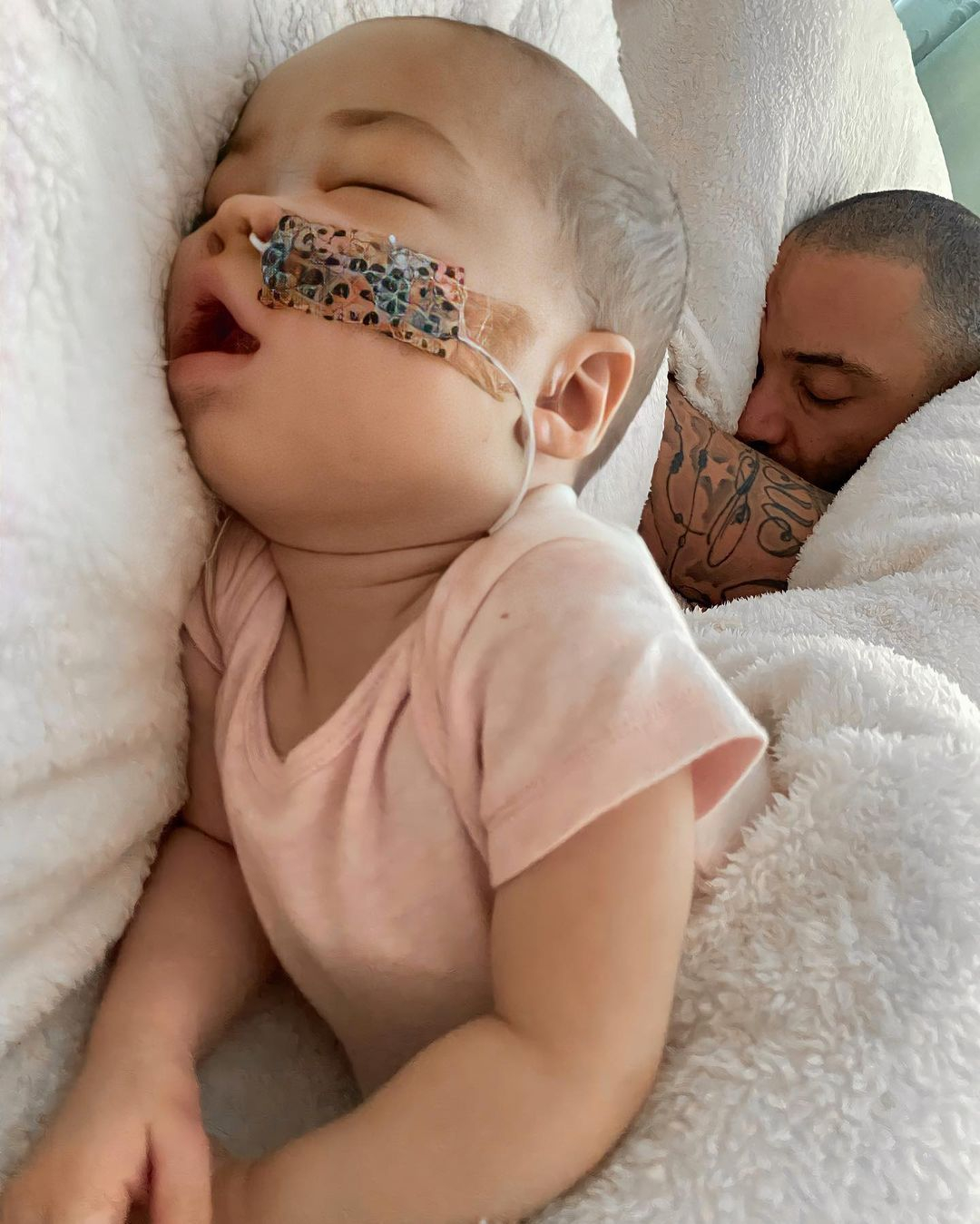 "Azaylia's 2nd lot of medication this morning 9am," Ashley wrote, giving his Instagram fans an insight into the intensive medical routines.

He filmed seven syringes, designed for providing nutritional support to patients unable to eat, lined up on his daughters high chair.

Azaylia, who was diagnosed with cancer at just eight weeks old, requires a feeding tube directly into her stomach to provide her with food.

Ashley's girlfriend Safiyya took to Instagram last night to reveal that even with the medicine, the tot is "struggling to open her eyes" because they are so swollen. 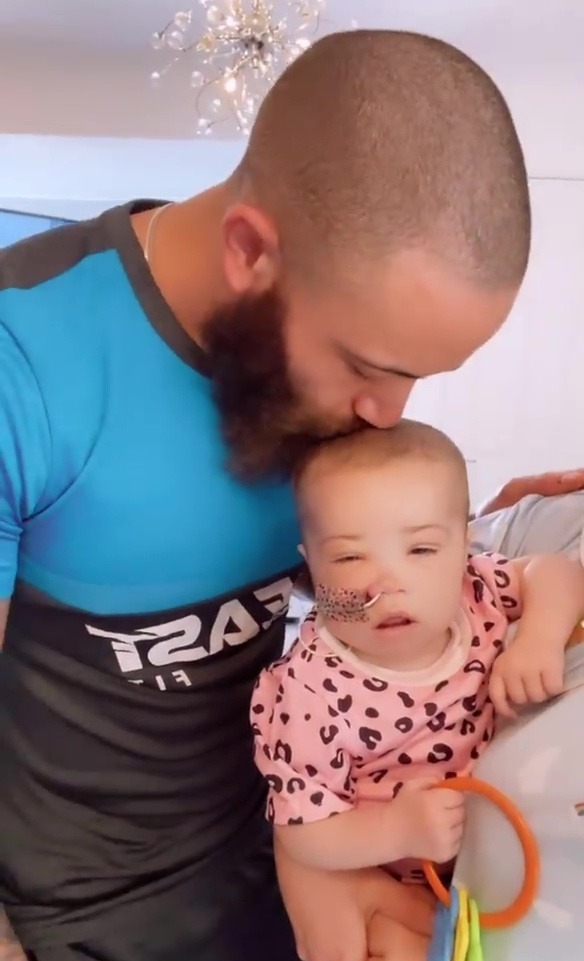 The worried parents sought advice from their community nurse on how to combat the fluid retention as they admitted their daughter was "really, really struggling."

Earlier this week, Ashley celebrated his brave little girl, saying he is "making every day count" after bringing her home from hospital for the final time.

He told fans that the eight-month-old "keeps surprising" them with her strength to keep going beside a sweet snap of them sleeping side by side.

Safiyya and Ashley welcomed Azaylia in August of last year, but were left devastated just eight weeks later when they were told that she has leukaemia.

All That: See Lori Beth Denberg back as Loud Librarian