Great British Bake Off 2021 star Jürgen Krauss appeared to become overwhelmed by the hugely positive fan reaction he’s received, as he admitted that he felt ‘relief’ over not making it to the final.

On Tuesday evening, the baker became the latest contestant to be chosen to leave the tent by judges Prue Leith and Paul Hollywood after competing in the semi-final against Giuseppe, Chigs and Crystelle.

Fans were devastated to see him go, becoming even more upset by his heartfelt exit letter, in which he compared his Bake Off experience to ‘flying to the moon’.

On Friday evening, the popular competitor appeared on Extra Slice, where host Jo Brand asked him whether he feels proud of all that he accomplished on the show.

‘Absolutely. And just to say it’s good to be here, it’s such a…’ he responded, before giggling and covering his face with his hand.

There was a collective ‘aww’ in the studio, as Jo told him: ‘Bless you, they love you.’ 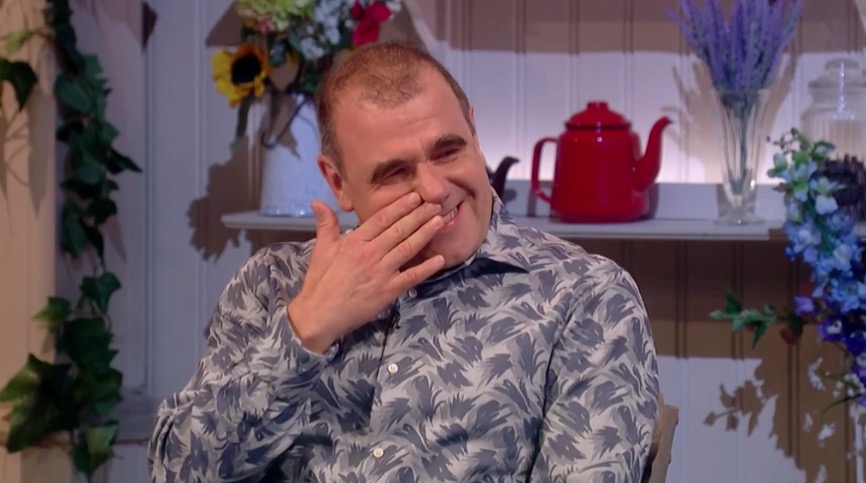 While Jürgen said that it ‘would have been nice’ to be in the final, he did feel ‘relieved’ not to make it to the other stage.

The baker added that the other three contestants ‘absolutely’ deserve to reach the final stage of the contest.

Having been watching the episodes of Bake Off at the same time as people across the nation, Jürgen said that the ‘weirdest’ part of the experience has been hearing his own accent, as he said that he thought he had ‘less of an accent than what came off on TV’.

Extra Slice viewers absolutely loved having him back on their screens again after his departure.

‘Jurgen is just the cutest, what a lovely genuine guy. Should have been the winner,’ one person tweeted.

‘Oh #Jurgen seeing you on #extraslice makes me sad all over again,’ someone else said.

‘You are such a joy to watch. Truly heartwarming. I hope you are on our screens again very soon.’

In his exit later, Jürgen paid tribute to the 11 other bakers and the crew who work on the show, writing: ‘Who wants to fly to the moon if you can be on Bake Off? It was such a fantastic ride!’

The Great British Bake Off final airs on Tuesday at 8pm on Channel 4.

Who is Chris Packham and is the Autumnwatch presenter married? – The Sun

Comedian Ziwe to Star in and Produce Showtime Variety Series: 'Beyond Excited'