BARGAIN Hunt's residnent expert was left open-mouthed as a Walt Disney signature sold at auction for a mind-boggling sum.

Autograph auctioneer Richard Davie sold a drawing of Mickey Mouse and a signature from Walt Disney for a whopping £8,000. 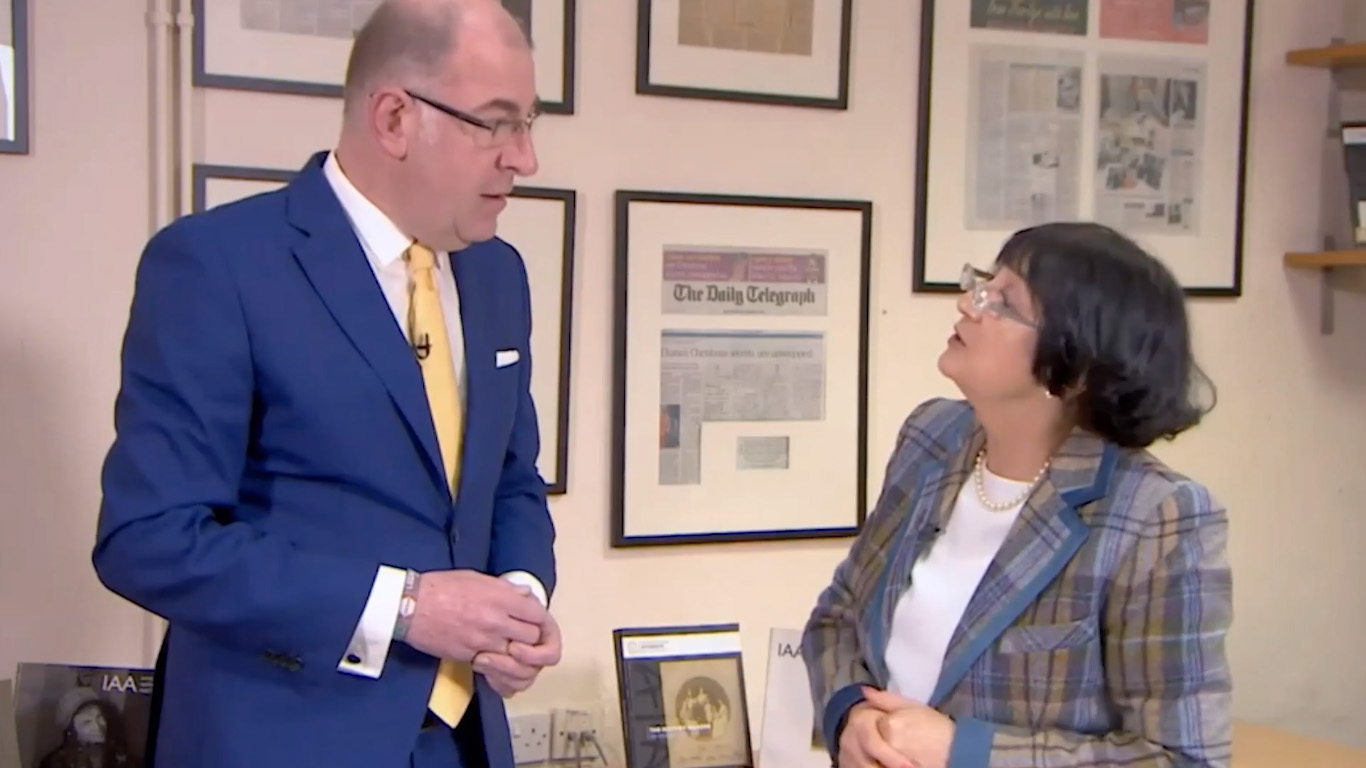 Richard was joined by presenter Anita Manning as they visited Newark Antiques Fair, where he showed her some very rare letters signed by famous faces.

Anita was blown away by precious documents including a letter by Winston Churchill, an exhibition catalogue by artist Pablo Picasso and a signed cheque from much-loved author Charles Dickens.

Expert Richard said he has been collecting autographs since he was a child, and he went on to make a career out of it.

He discussed how you can tell the real signature from a fake, he said: “One of the key factors is the provenance. 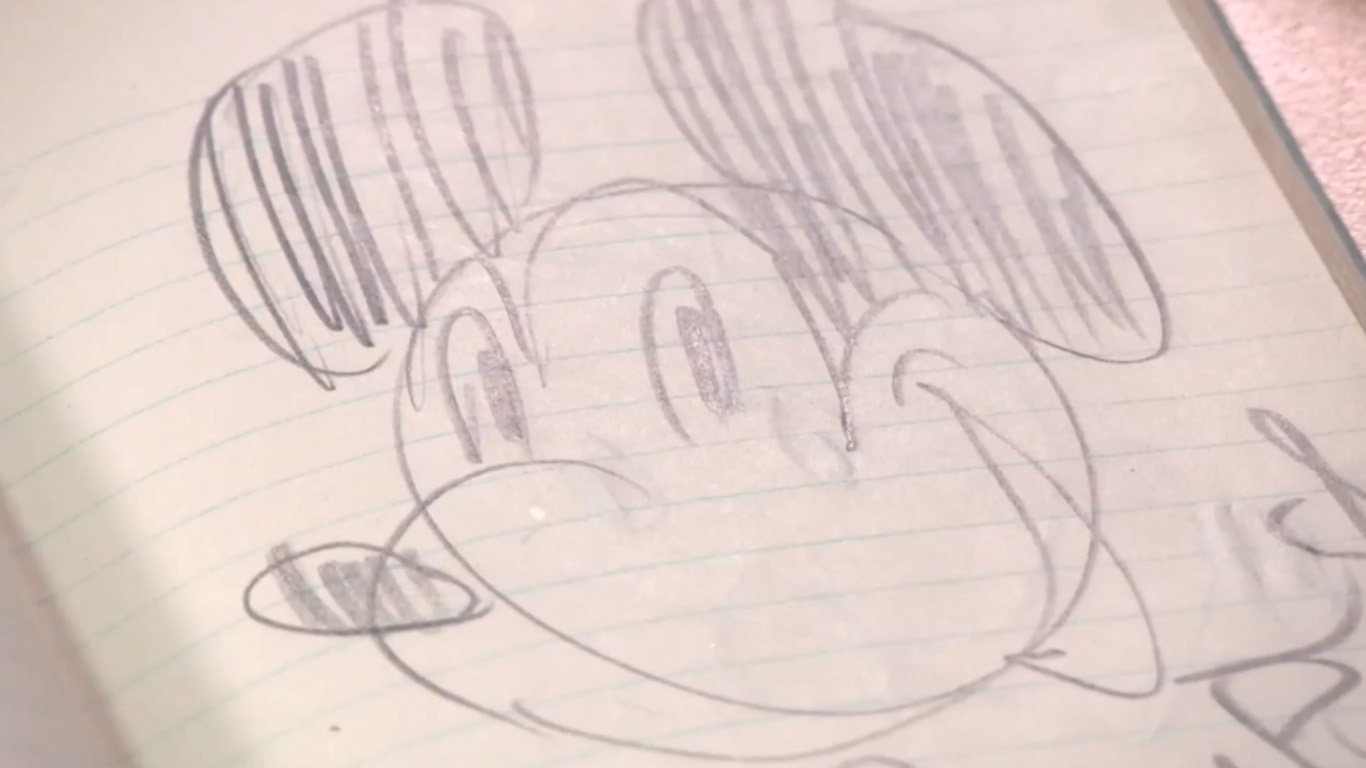 “For example, here we have a letter from Winston Churchill which is nice in itself as it’s written to Montgomery of Alamein.

“This was originally in a very famous collection that belonged to a gentleman called Ray Rawlins.”

He continued: “Now, when he died his collection was sold at auction in 1980 and here, we have the catalogue of the sale of his collection.

“There is the Churchill letter that we have here, so we can trace back its provenance which is hugely important." 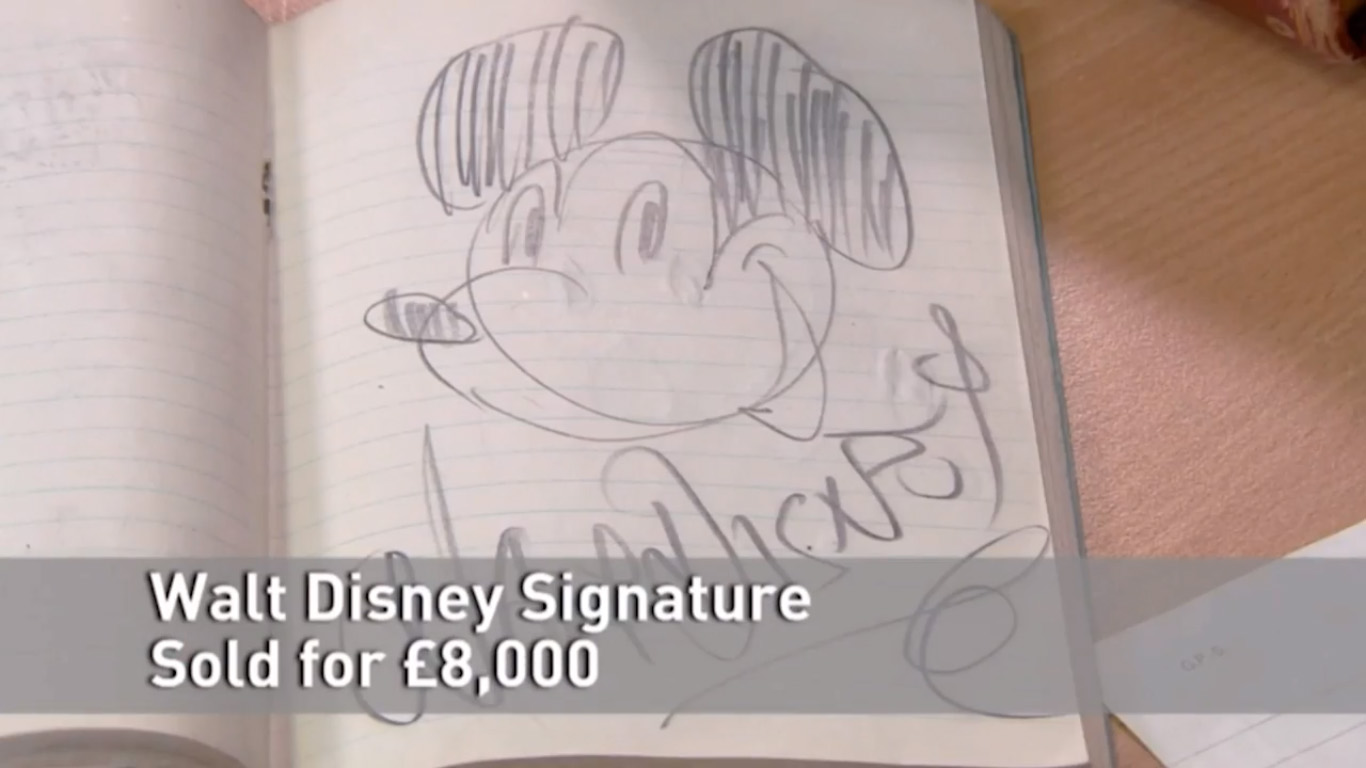 Richard also explained that a handwritten letter was far more valuable than a typed one.

He said: "If a letter is handwritten, it’s generally more valuable.”

Speaking about Nelson Mandela's letter, he explained: "This is written in 1989 and we see here he’s written his prison address and here’s his prison number at the top. 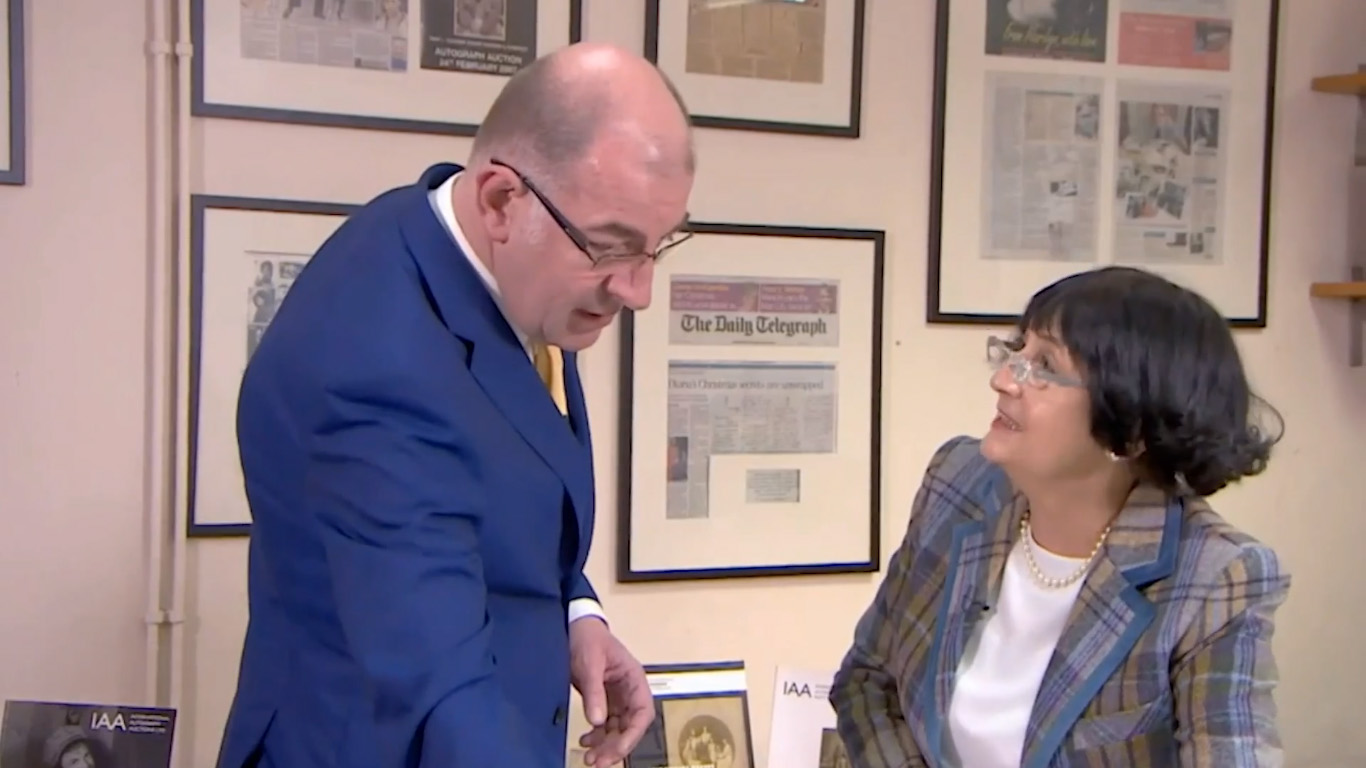 “So, again as well as it being handwritten, the fact it is written from prison research tells me only a small handful of letters from prison have actually appeared on the market.”

Richard said his handwritten letter would fetch up to £4,000, whereas his typed document would range between £300 to £400.

The pair then turned their attention to a picture of Mickey Mouse that was signed by Walt Disney. 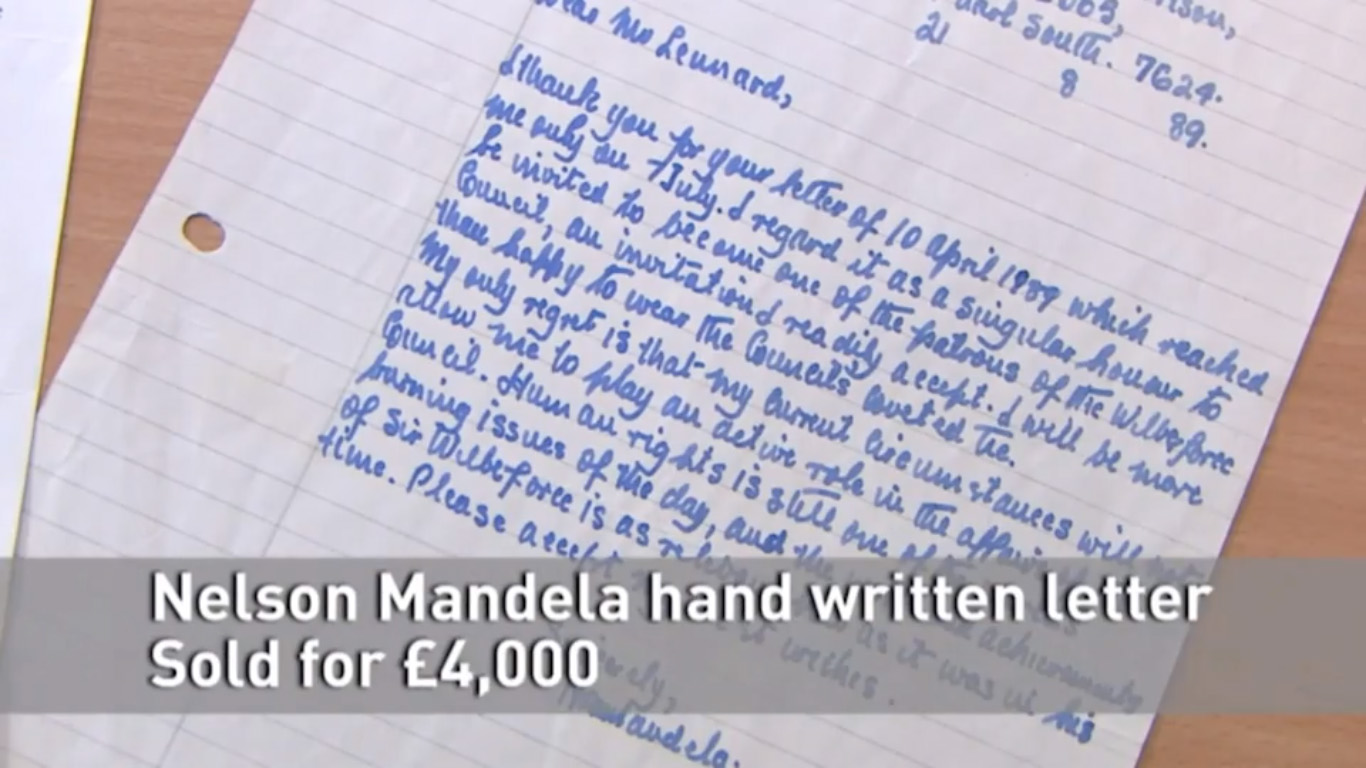 The drawing was found inside a notebook owned by a journalist called Sally Holloway, who met Disney at The Savoy Hotel in 1946. 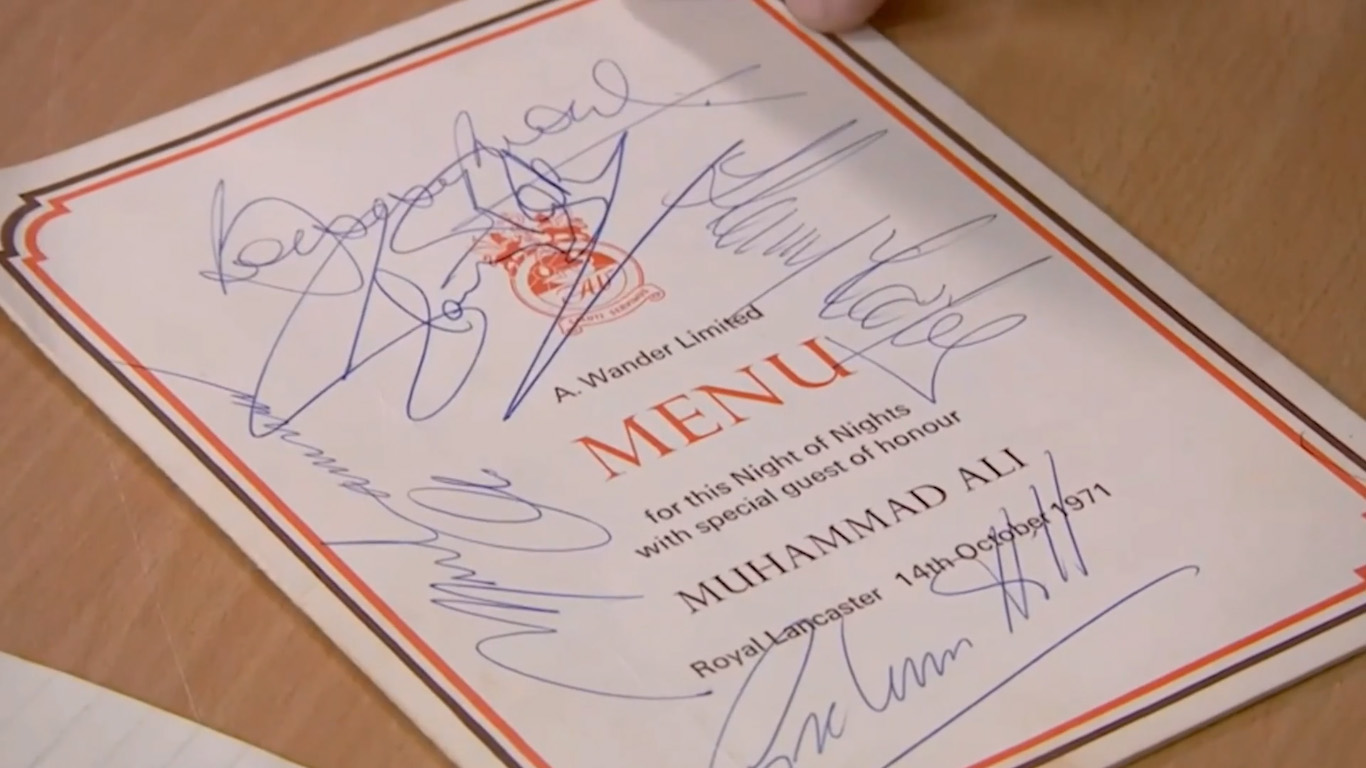 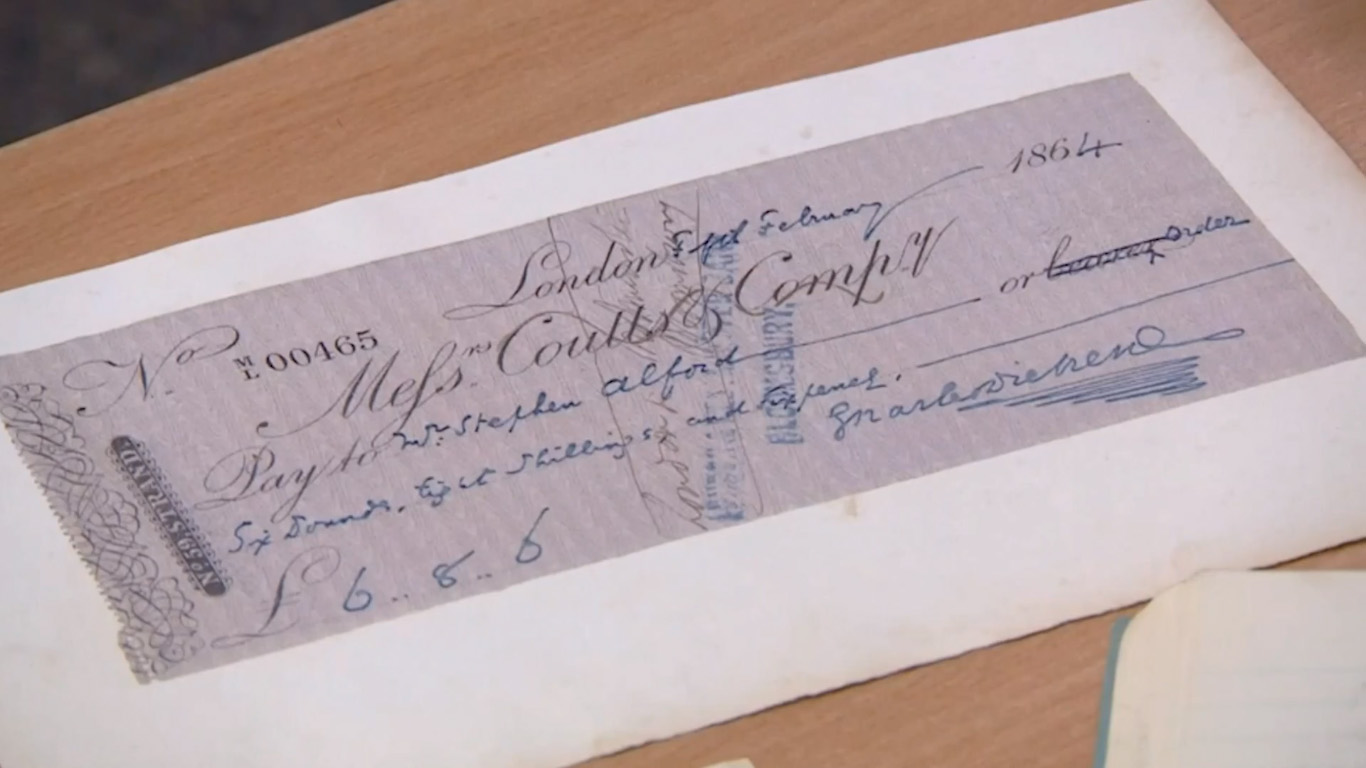 Richard has previously sold documents signed by Elizabeth I and Sir Francis Drake for as much as £30,000.

Therefore the pair were keen to find out just how much these irreplaceable items would be worth at auction.

Richard was left gobsmacked when Walt Disney's signature and picture bagged a whopping £8,000. 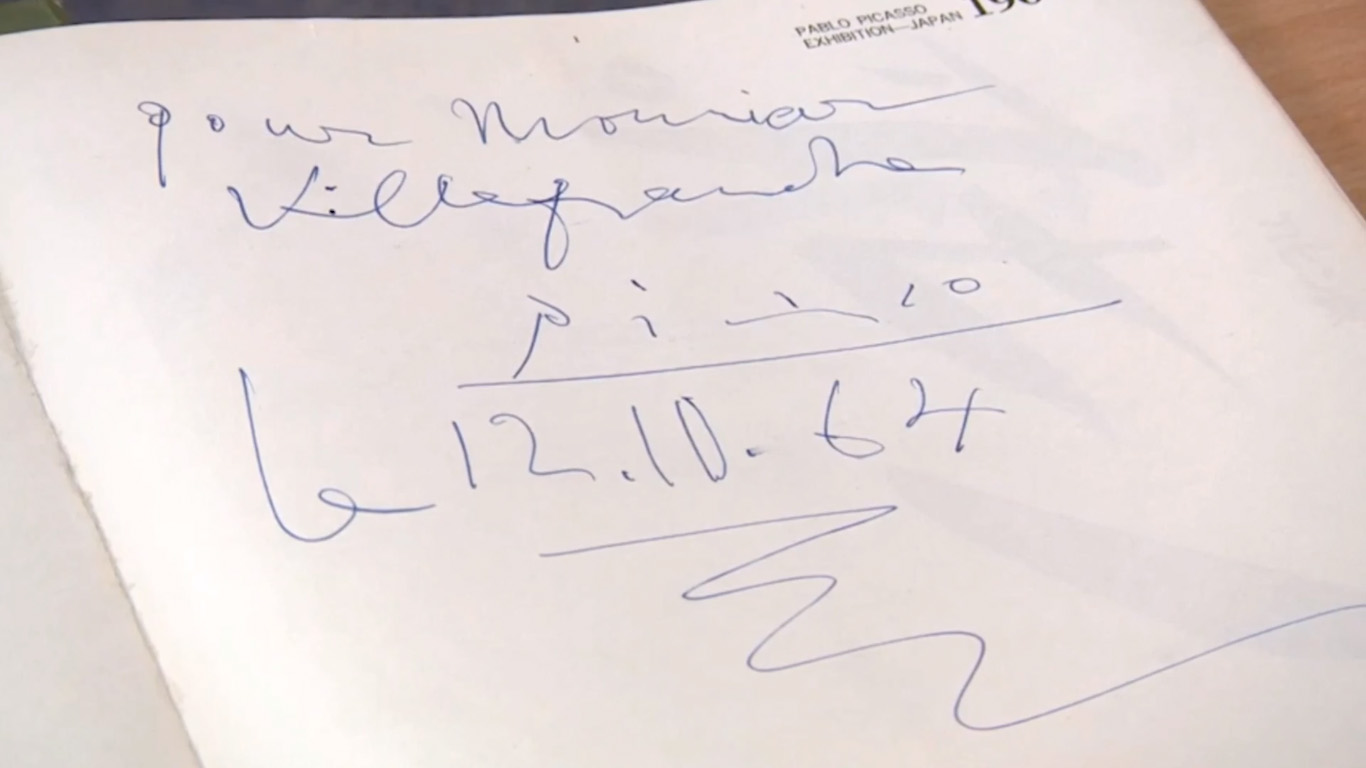 Meanwhile the hand-written letter from Nelson Mandela sold for £4,000.

Bargain Hunt is available to watch on the BBC iPlayer.

The 100 Prequel Spinoff Title Revealed — But What Does It Even Mean?

Amazing Race Production Halted amid 'Increased Concerns' over the Coronavirus