CALL The Midwife will not be returning in its traditional January slot because Covid-19 halted filming.

Instead, fans will have to wait until next spring at the earliest before it hits our screens again. 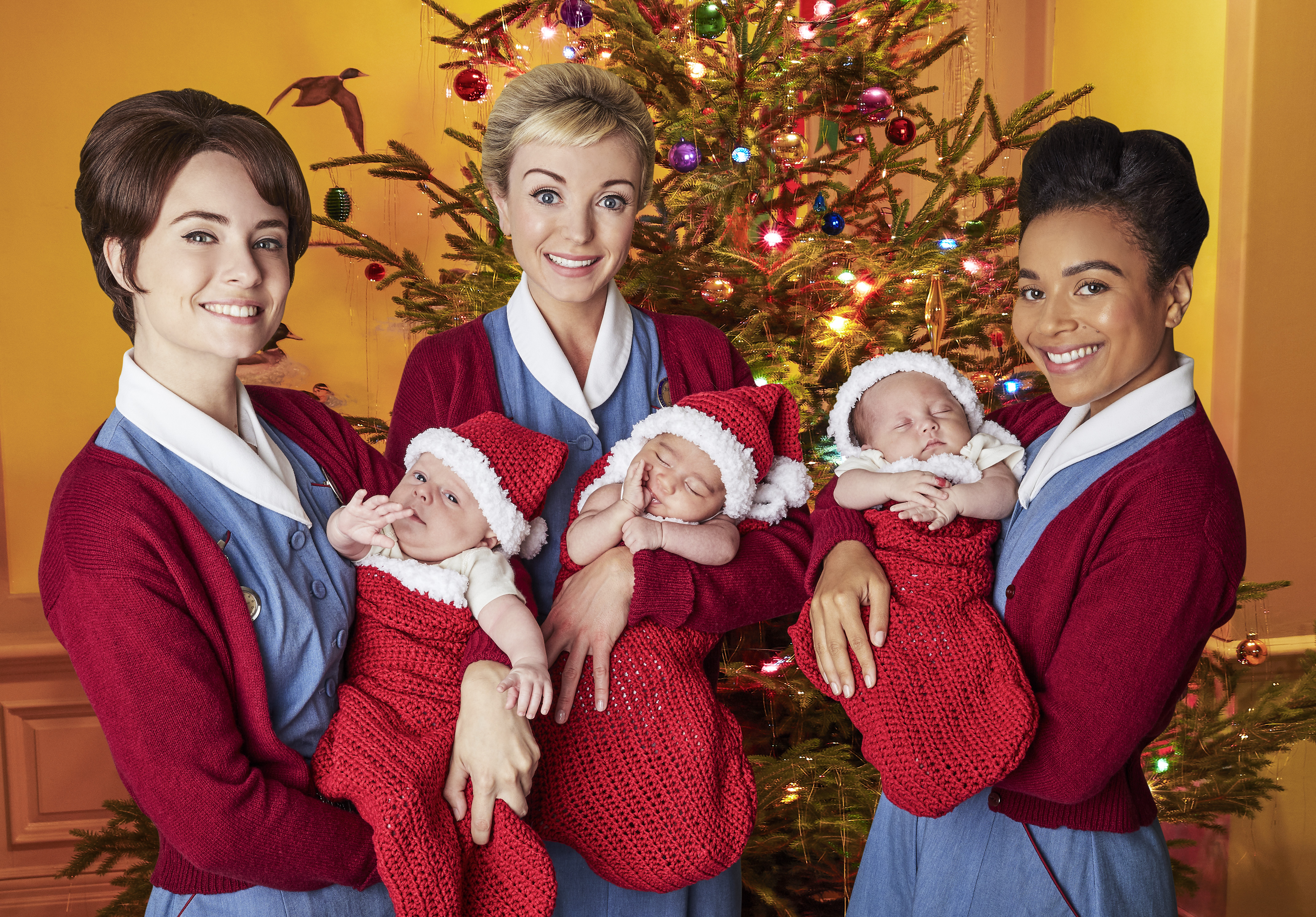 The alarming development has led to BBC1 bosses pleading with the creators to make sure they do deliver the annual festive edition of the drama, as it is one of the corporation’s biggest Christmas Day shows.

When production stopped in March, writer Dame Pippa Harris insisted the seasonal special was their priority and they were determined to get it done by December 25.

But with much of the TV industry still in lockdown, they are not expecting to go back on set until September — and that’s only if it is safe to do so.

A TV insider said: “BBC bosses understand that coronavirus disruption means Call The Midwife won’t be able to start in its usual slot. 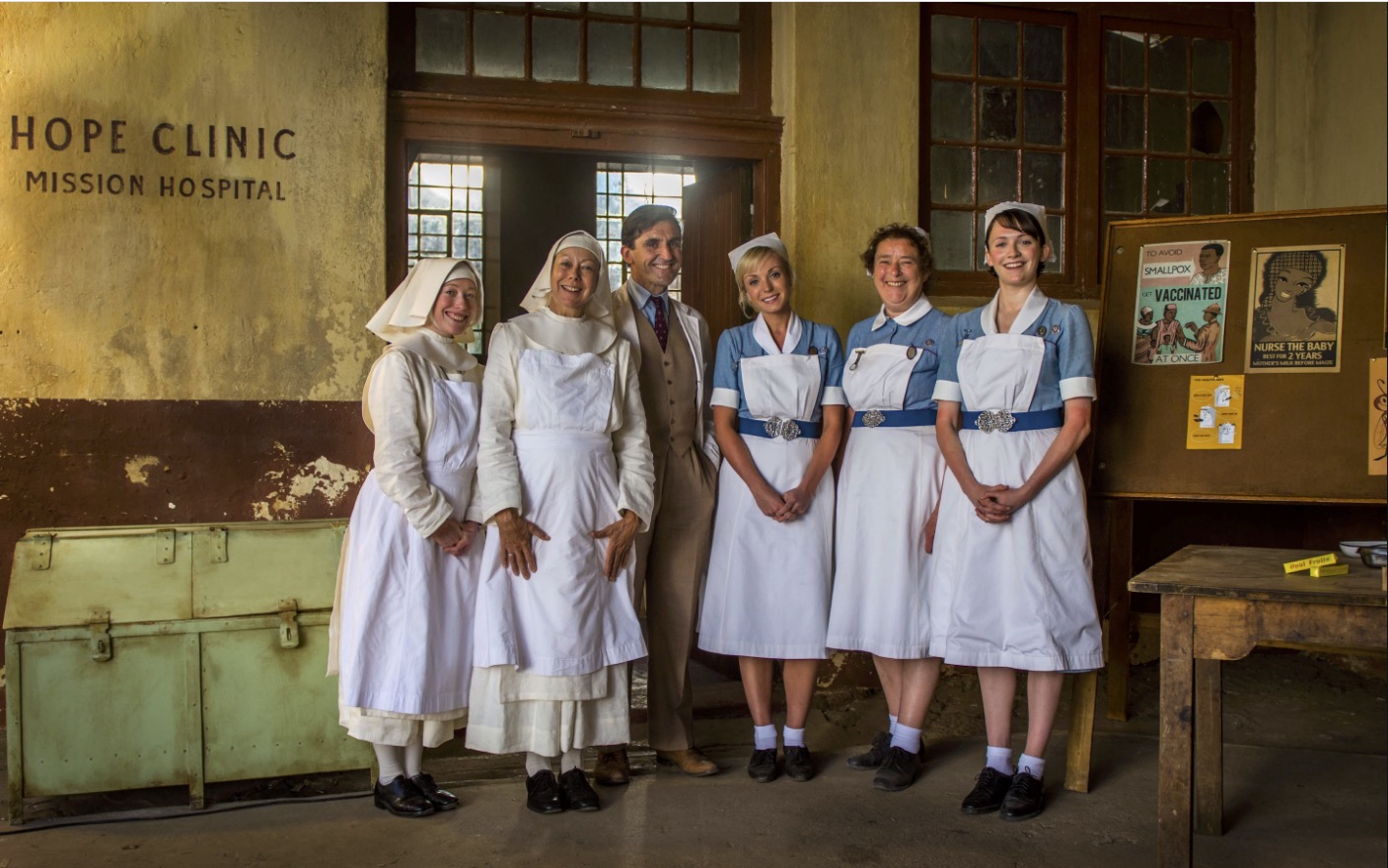 “It’s disappointing given that it would be their tenth anniversary.

“But what’s even more worrying for the corporation is the idea that work on the Christmas special has yet to resume.

“The series has the flexibility to start at any time, but there’s only one chance to air a Christmas special and the Beeb views it as Christmas essential, up there with turkey and tinsel.

“Even if it does restart in September, it will be quite a tight turnaround. That’s assuming there isn’t a second spike in infections now that lockdown restrictions are being lifted across the country. 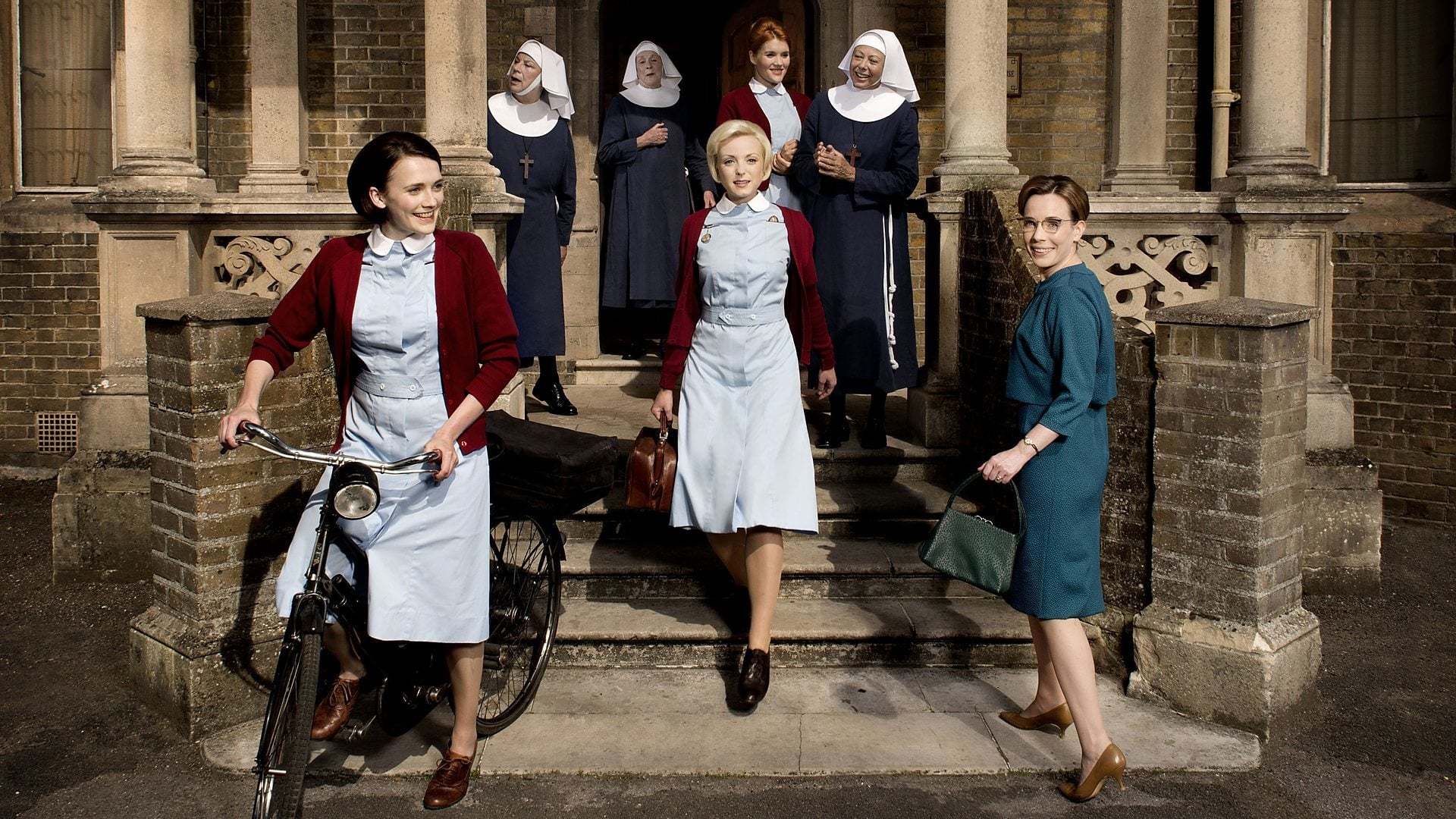 “And the BBC would never push the creators to do anything which would be in any way unsafe for cast or crew.”

The festive episode of Call The Midwife has been in the top ten most-watched shows of Christmas Day since the period drama started in 2011.

As recently as 2018, it was the most-watched show on December 25, with 8.7million viewers.

The full series, which stars Helen George and Jenny Agutter, is usually screened a few weeks after the special and remains one of the BBC’s most popular returning dramas.

Here’s hoping they can get it in the bag in time.

READ ON FOR MORE OF ANDY HALLS' BIZARRE TV COLUMN

DAISY May Cooper finds herself on the other side of the screen on Friday night as she joins the Celebrity Gogglebox line-up.

We are used to seeing her in comedy This Country but she is taking a turn on the sofa with dad Paul to comment on the week’s TV. 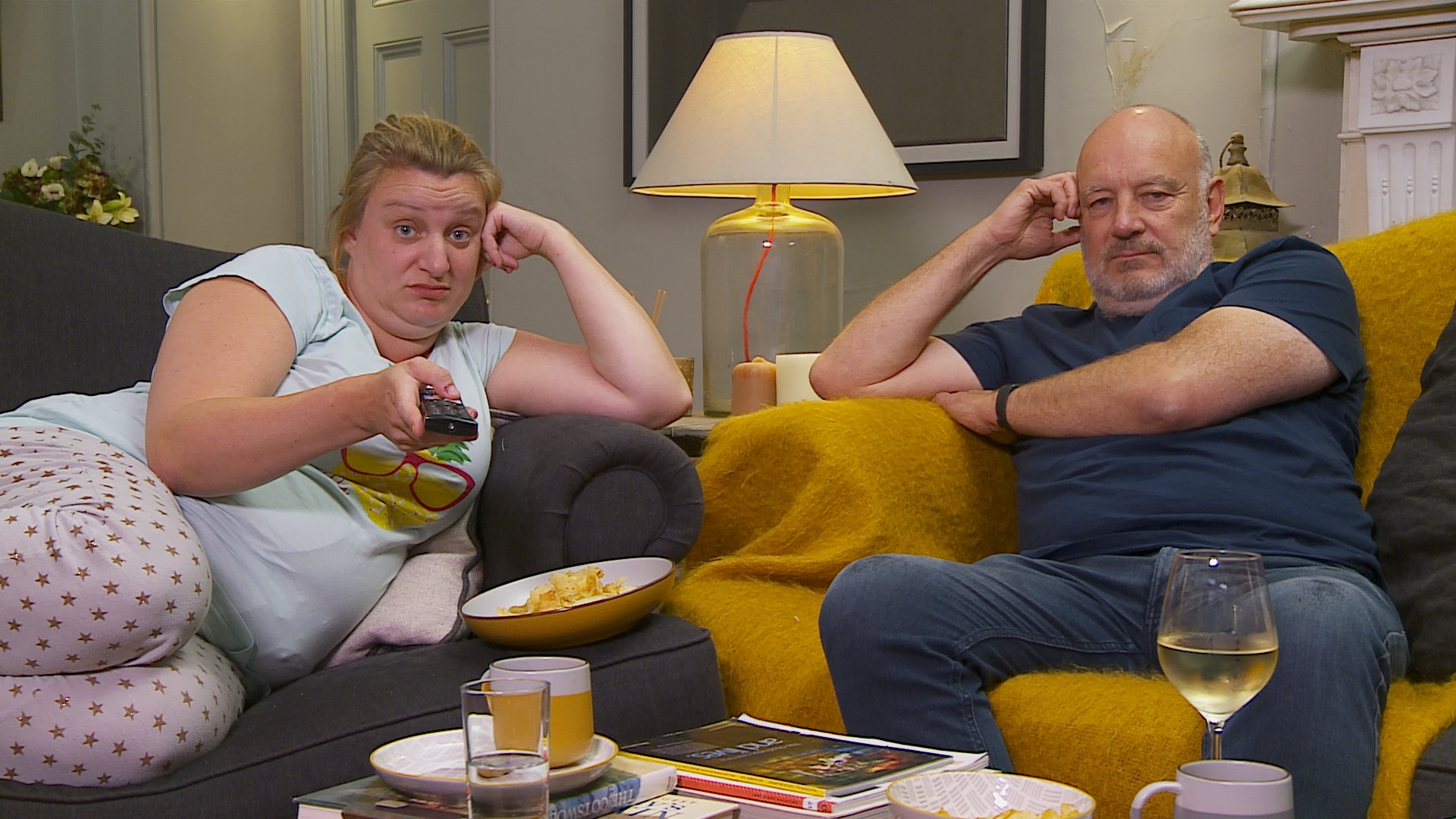 The pair get on much better in real life than when he plays Martin, the father of her character Kerry in the BBC Three mockumentary.

Celebrity MasterChef and Grease are among the offerings up for discussion on the Channel 4 show.

This year’s series has seen Martin and Roman Kemp, Nick Grimshaw and his niece Liv and Laura Whitmore and her fiancé Iain Stirling give their opinions.

Judging by the look on Daisy’s face, she’s not too impressed. It’s hard to please a Bafta winner.

ITV is boosting investment to ensure better representation of black, Asian, ethnic minority and other under-represented groups in the industry. It also plans to increase diversity in leadership and educate staff about racism.

IT looks like Chloe Ferry is getting over her ex Sam Gowland by opting for some romance on a riverbank.

She was spotted in a figure-hugging outfit taking part in Celebs Go Virtual Dating. 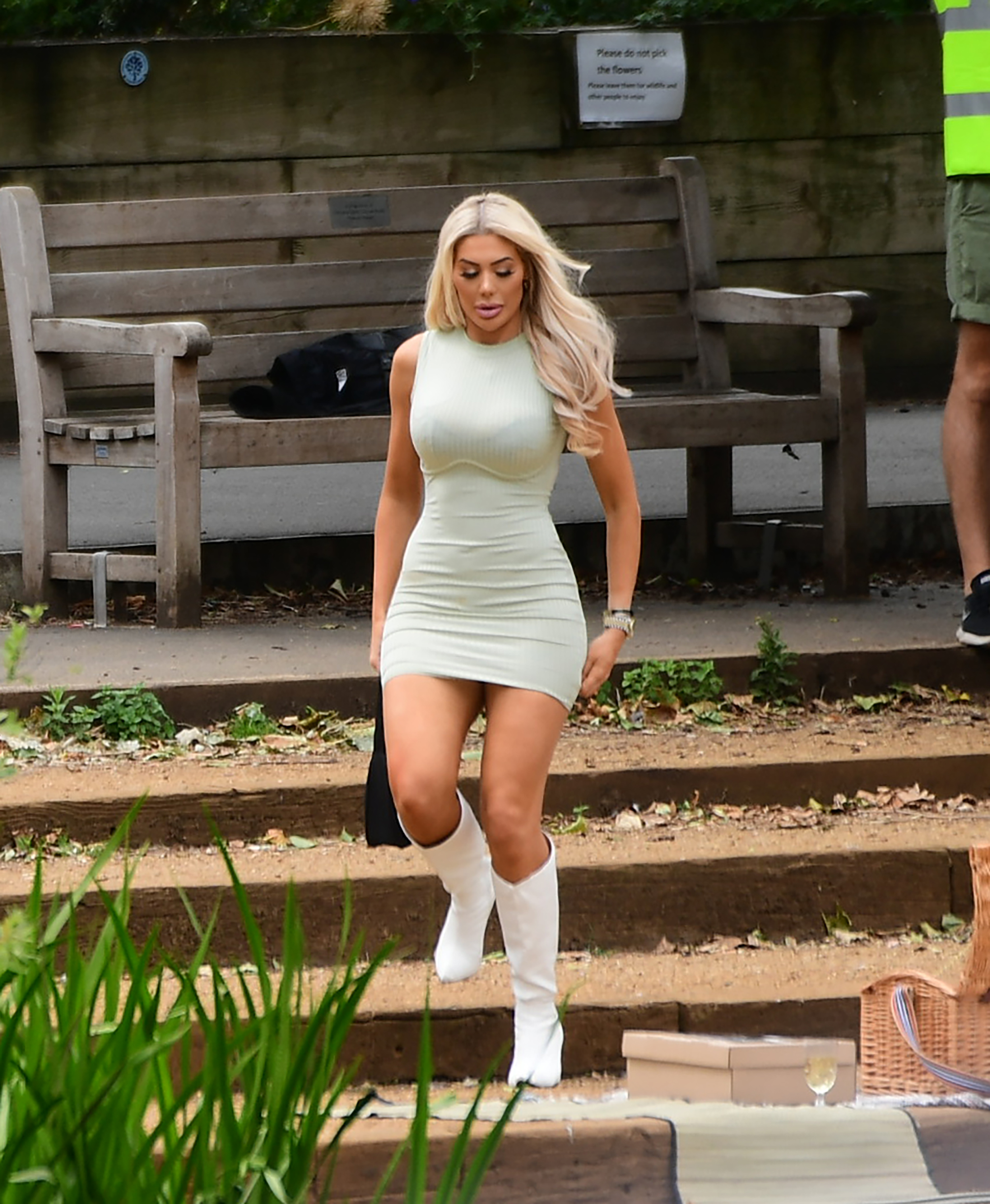 The Geordie Shore beauty was paired with MMA fighter Brad Dod on a socially distanced meet. She spoke to the show’s romance experts online before meeting him.

The spin-off of E4’s Celebs Go Dating will air later this summer. 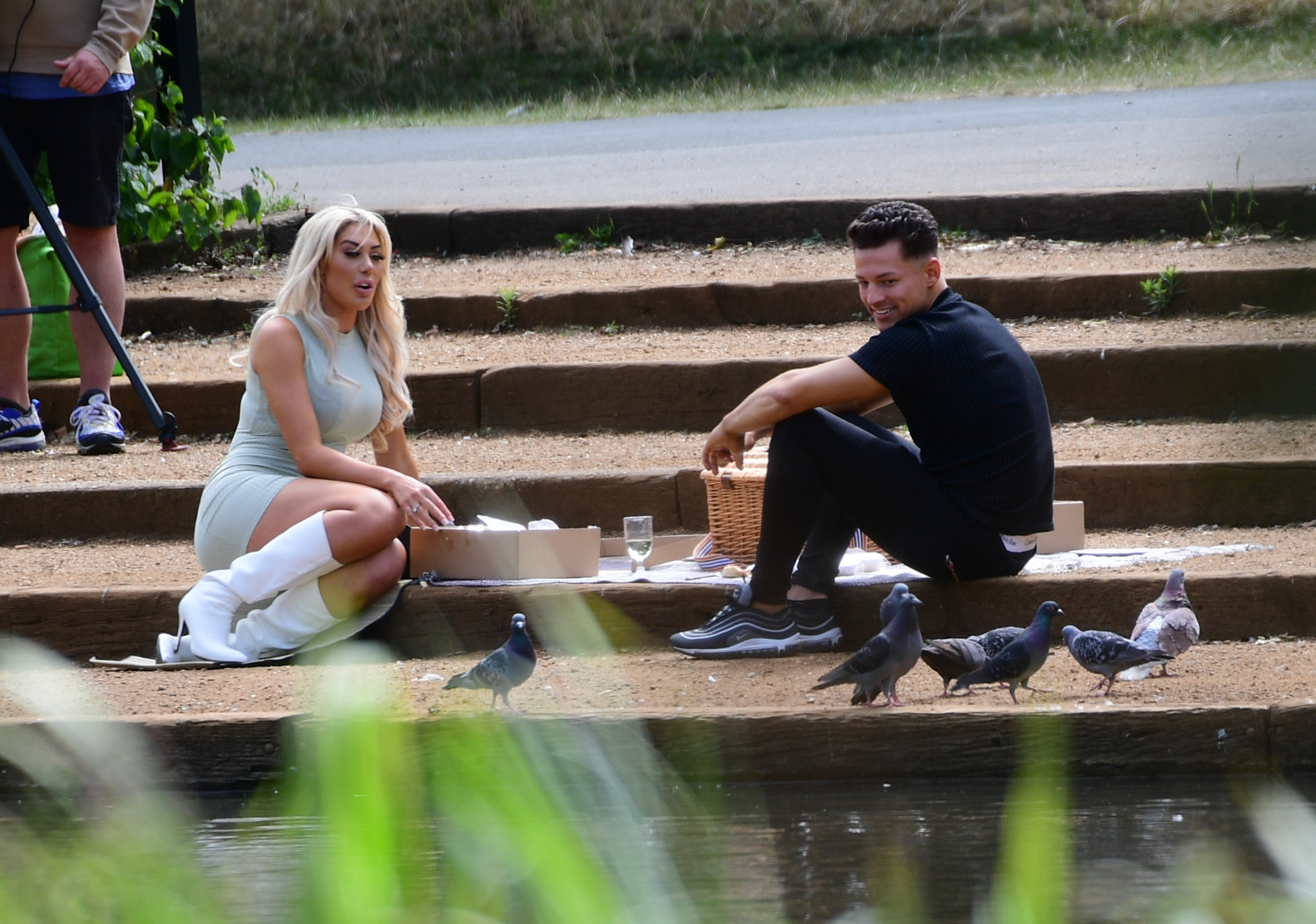 HISTORIAN David Olusoga will give this year’s MacTaggart Lecture at the Edinburgh TV Festival, where he will address racial divisions in the industry.

He said: “I’m honoured to have the chance to contribute to that debate.”

Twins at the max

IF you loved Max & Harvey on The X Factor: Celebrity then you are in luck – as they are releasing new music.

The teenage twins, who are due to appear at The Drive-In club in North London on Sunday, have spent lockdown preparing a new EP and filming their CBBC show.

Max said: “We’ve really put everything we love about music into these songs we’ve been writing and recording.

“It’s something we’ve never had time to do before. It’s important people know this is just us.”

WHY? Jack Whitehall looks at how much British sports stars love the home advantage, starting with the most famous example – the 1966 World Cup.

The bark secrets of stars

A RATHER chic celebrity features on Friday night’s episode of Celebrity Snoop Dogs.

The show puts cameras on pets’ backs to give tours of mystery guests’ homes.

But this particular star’s cluttered pad does not match up with their image, according to Jamie Wightman, who produces the Channel 4 show.

Jamie said: “It’s a little bit like a knick-knack shop. There are millions of collector items in there to look at.

“Hoarder might be a bit mean but this celeb doesn’t have a lot of clear shelf space.

“You could be in a gypsy caravan in a festival hanging out with a band.”

Jamie also reveals the other celebrity to feature on the show, which invites viewers to guess whose homes they are in, has trained their cat to act just like a dog – including bullying their real canine.