The BBC was accused of falling short of “high standard of integrity and transparency” over the bombshell interview Martin Bashir conducted with Princess Diana in 1995. Former ITV chief Stewart Purvis warned the corporation its conduct ahead of the inquest of Bashir’s interview had eroded the trust of the public and they would struggle to regain it. Speaking to BBC Breakfast, Mr Purvis said: “Let me give you one example why I think it’s so difficult to rebuild trust.

“Back in 2006, 2007, a former BBC producer asked under the Freedom of Information Act for the files on this Bashir affair and was told there were no files.

“Now, we have Lord Dyson quoting liberally from files which somehow have suddenly appear.

“What does that mean? What we can conclude from that is that somebody in 2006, 2007 blocked an investigation, blocked the truth.”

Mr Purvis continued: “How can you say these things do happen? This was a deliberate act and I think the blocking from BBC management went on for some time after that.

JUST IN: Prince Charles angry he ‘must remain silent’ while Harry attacks family 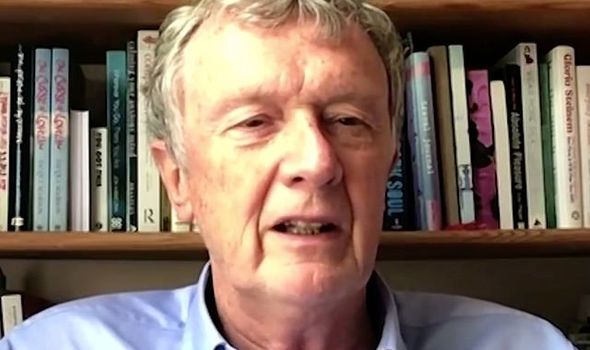 “Because on this occasion, it didn’t turn out to be the case.”

Both Prince William and Prince Harry hit out at the corporation for their conduct over the interview.

In a scathing statement released after the inquest report was released, the Duke of Cambridge said: “It is my view that the deceitful way the interview was obtained substantially influenced what my mother said.

“The interview was a major contribution to making my parents’ relationship worse and has since hurt countless others.”

‘This Is Us’ Season 5: A Major Kate and Toby Theory Resurfaces After Episode 14