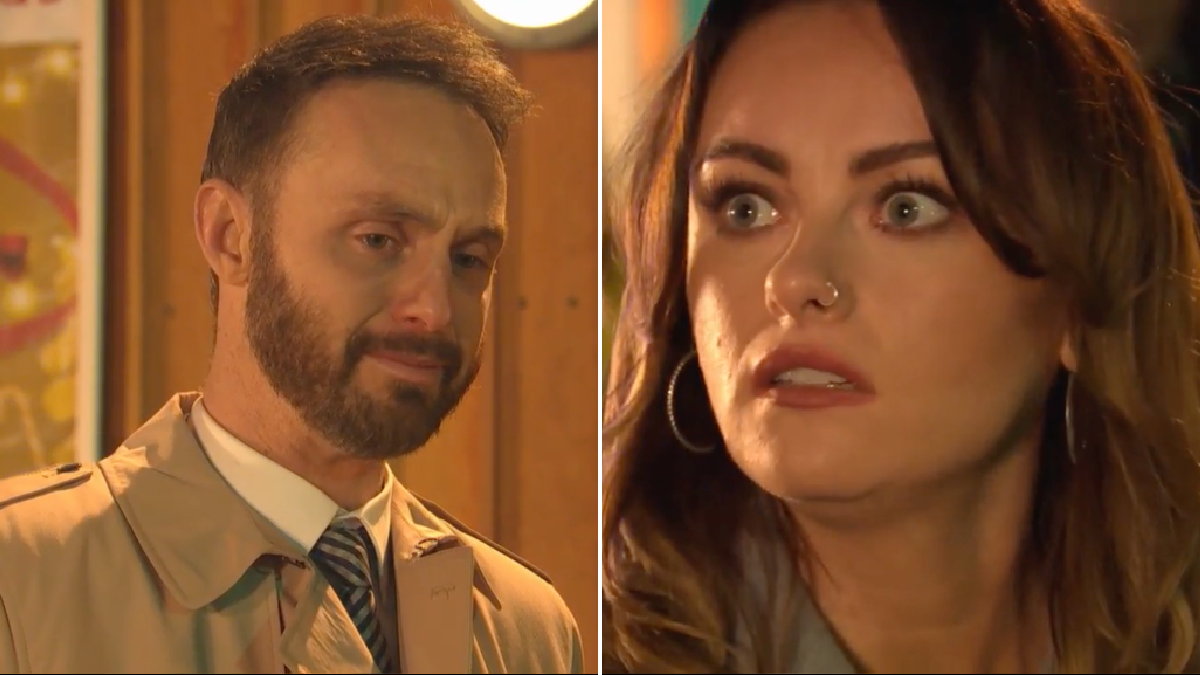 Becky Quentin (Katie McGlynn) could be set to pay a huge price in Hollyoaks, after the police arrested her on suspicion of causing the explosion at Salon De Thé.

The conspiracy theorist, as viewers know, staged a protest outside the village’s signature patisserie, which was celebrating the local hospital with a fundraising event.

Becky, however, reckoned the hospital causes more harm than good, and therefore she got Ollie Morgan (Gabriel Clark) to assist her in riling up the fundraising attendees.

With her efforts failing, she grabbed a smoke device and threw it into the Salon, hoping to stir up some trouble. It is thought that this device played a role in the devastation and horror that ensued.

James Nightingale (Gregory Finnegan), meanwhile, was distraught in the wake of Marnie’s (Lysette Anthony) death, and – unable to come to terms with what happened – he lashed out at his nearest and dearest.

It soon became clear that the lawyer was on a revenge mission, determined to find out who was responsible for the blaze that claimed the life of his dear mum.

Ste Hay (Kieron Richardson) attempted to console him, but he also found himself on the receiving end of James’ wrath.

A huge breakthrough, however, was made moments later, as James re-watched the video Marnie had recorded on the Dee Valley fundraiser site seconds before the catastrophic blast.

He spotted Becky in the background of the video, and soon notified DI Cohen (Ariana Fraval), who wasted little time in arresting the young woman.

Becky pleaded with Ollie to help her out, much like he did before. Ollie, however, remained silent, as Becky was taken away by the police.

James, meanwhile, watched from afar, vowing to get revenge on Becky for what she’s done.

The question is: will he succeed?

Why Female Directors Have to Be 'Triple Prepared'