Home » TV & Movies » Becky starts a fire with explosive device in Hollyoaks but who dies? 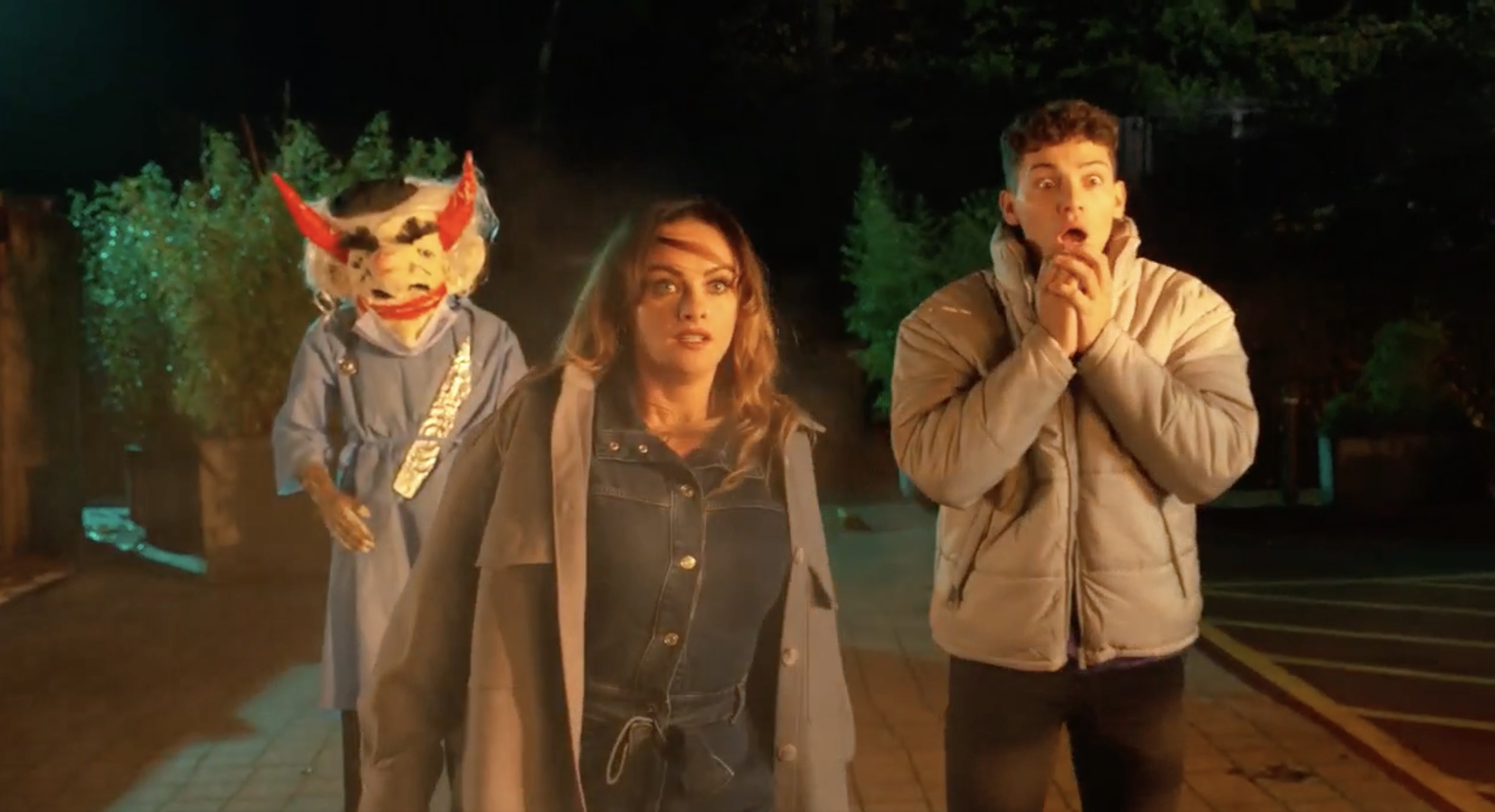 Becky Quentin (Katie McGlynn) was hellbent on making her presence felt in Hollyoaks, after she and Ollie Morgan (Gabriel Clark) hijacked the hospital fundraiser.

The duo took it upon themselves to wreak havoc, after they discovered Marnie Nightingale (Lysette Antony) was hosting a fundraising event at her patisserie.

Rocking up outside the Salon De Thé with placards and a disturbing effigy of a frontline worker, Becky spouted her dangerous conspiracy theories about the hospital, and Ollie followed suit.

Cindy Cunningham (Stephanie Waring) and Zara Morgan (Kelly Condron), meanwhile, were desperate to ensure Ollie attended his court hearing, and when he failed to do so, they decided to have it out with him.

Ollie, however, made it quite clear that Becky was his family now, and thus returned to the protest, much to Cindy’s dismay.

But as darkness fell upon the village, the protest started to get out of hand, with Romeo (Owen Warner) informing Marnie that social media users were posting comments asking others to avoid the fundraiser due to the disruption.

Marnie, having had enough, warned Becky that she would be reporting her protest to the police, prompting Ollie to suggest they call it a night.

Becky, however, had no intention of doing so, as she revealed she had one more trick up her sleeve.

Horrified, Ollie tried to talk Becky out of her plan, but Becky became violent, kicking him to the floor when he attempted to restrain her.

Removing something from her bag, Becky inched closer to the Salon and fired the device in her hand towards the Salon. Moments later, the street before her was lit up with flames, startling both she and Ollie.

Marnie had been standing near the area of the blast moments before it took place, so the question is: did she manage to avoid the blaze?

Subsequent scenes will see even more chaos ensue, as a large explosion rips through the cafe, leaving several lives on the line.

What Is Tiger King’s Carole Baskin Up to Now?