Despite being a close-knit crew, some Below Deck Sailing Yacht Season 2 cast members may not all be on speaking terms.

Chief engineer Colin Macrae hinted that while he’s very close to most of the cast, some crew aren’t exactly on speaking terms. He shared on Alli Dore, Daisy Kelliher, and Dani Soares’ “Pita Party” Instagram video that the season was so wonderful, it was hard to say goodbye. “It was an emotional goodbye leaving that season,” Macrae said. “We’re all still friends … well, most of us are all still friends.” Dore, Kelliher, and Soares then started to laugh. 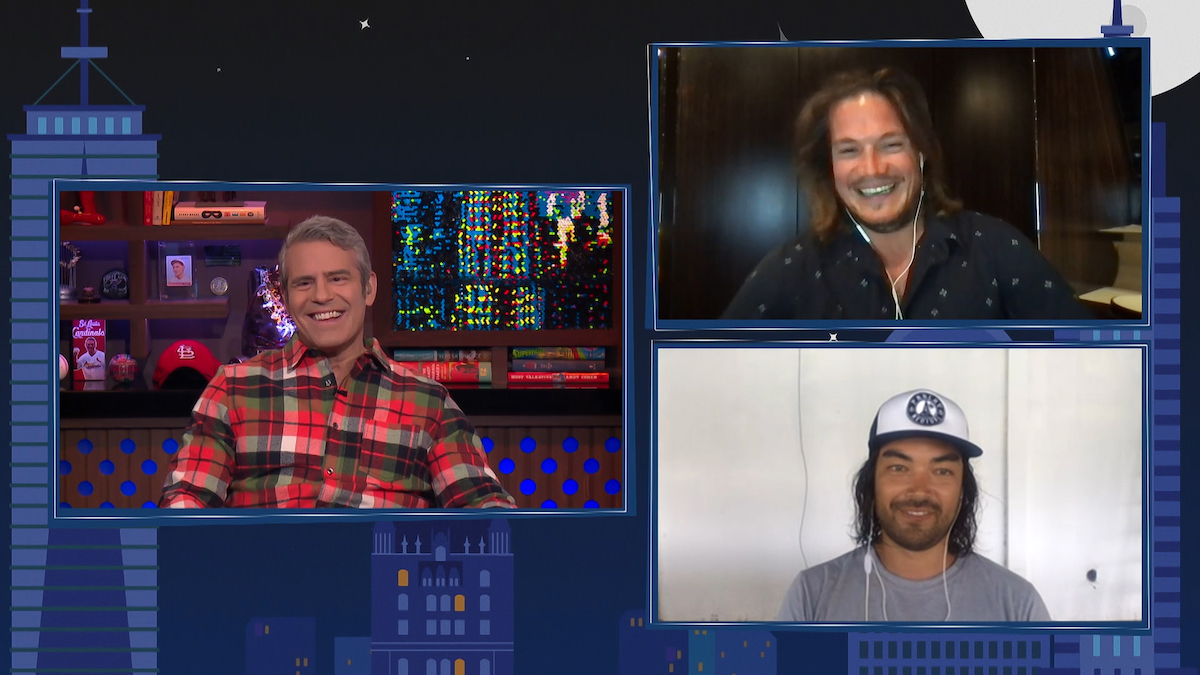 Who is not following who from ‘Below Deck Sailing Yacht’?

Macrae seems to be friends with just about everyone. And clearly, the entire crew is still in touch with Captain Glenn Shephard. But some hints on Instagram point to a falling out with crew members like Jean-Luc Cerza Lanaux, Gary King, and Sydney Zaruba – nearly the entire deck team.

Shephard, Macrae, and Kelliher are the only crew members from season 2 who follow King on Instagram. And while most of the crew follow Zaruba, King and Dore do not. Likewise, Soares and King do not follow Cerza Lanaux.

Most of the troubles this season stemmed from boatmances that apparently went south. Kelliher and chef Natasha de Bourg warred during the season but worked out their differences and are friends. Kelliher also argued with King but she told Showbiz Cheat Sheet he’s still a fun person.

“Gary, that’s kind of a tough one because I actually like Gary,” Kelliher said. “I’d completely hang out with him and go for a drink with him. But I don’t know, you are either gonna love him or hate him. I probably actually sit a bit on the fence, which is a bit unusual because he pissed me off during work.”

“That was the problem, he annoyed me at work,” she continued. “So I’d happily go for a drink. But work-wise he did annoy me, but he’s got a good energy. He’s fun to be around. I think if I didn’t meet him in a work circumstance I’d probably be better friends with him. But I did meet him in a work environment.”

Romance led to tears this season

Kelliher teased that the season was filled with steamy romance … which often led to tears, as viewers witnessed. “There was definitely a lot of sex,” Kelliher said during an Instagram Live. “I don’t know if it was Covid. I don’t know. So, like, people hadn’t been around other people in a while or what was going on. But there was definitely something in the air. It was like, wow, this a lot.” King, Dore, and Zaruba ended up in a love triangle. And then Soares and Cerza Lanaux have their own set of problems especially after he told her he thinks he has an STD.

“I don’t know what it was!” Kelliher said to Showbiz Cheat Sheet . “I guess you put that many single people together, and obviously everybody is pretty good looking. So yeah, there was a lot going on. Everyone had fun, aside from all the tears.”