Good Morning Britain hosts Ben Shephard and Kate Garraway were joined by regular guest Iain Dale earlier today for the first time since his dramatic walk-off last week. After a few jibes earlier in the programme, Ben took it upon himself to replicate Iain’s storm-off, leaving Kate and the rest of the ITV studio in fits of laughter.

After discussing today’s topical news stories with Iain and fellow guest Ayesha Hazarika, Ben began to thank them for coming into the ITV studios.

Iain joked back: “A pleasure as ever,” before the foursome shared a laugh at the light-hearted jokes.

However, the conversation didn’t stop there as Iain jibed at Ben for “not defending” him during last week’s debate. 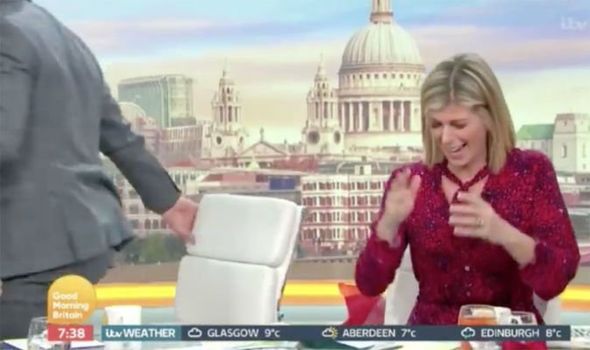 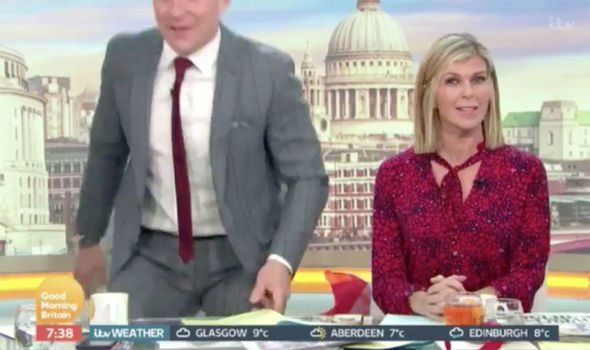 Ben hit back: “I did! Don’t you worry about that, yes I did. Don’t you give me any more grief.”

Ben then slammed his script onto the desk before standing up and storming out of shot.

He continued to rant: “I’ve had enough, I’m going.” 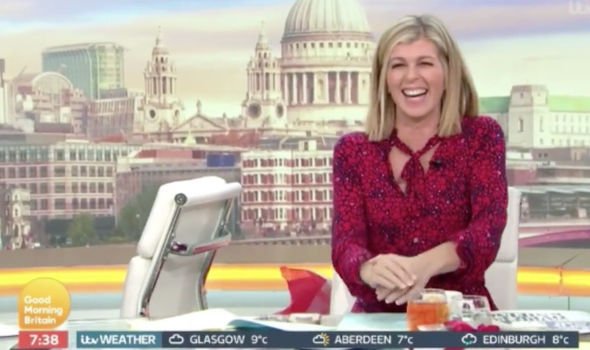 Kate saw the funny side of her colleague’s abrupt exit, as did Iain and Ayesha and they all shared a laugh.

Ben’s absence wasn’t felt for too long, however, as he promptly returned to his seat alongside his co-host.

The GMB stars continued to joke and laugh as the ITV show headed into a commercial break and Ben did indeed keep his seat for the rest of the show.

This wasn’t the first time Iain’s premature exit from last week was the focus of conversation today.

Kate even issued a stark warning to her guest when their interview first began earlier this morning.

As the conversation started and turned to Sajid Javid’s resignation as Chancellor yesterday, Ben quipped: “Don’t talk about walkouts.”

The group shared a laugh before Kate chimed in: “Last time we were here, Iain you didn’t want to stay did you?

“But it’s all fine, you’re back, everything’s lovely,” she added.

Iain then discussed the incident, slamming claims he had “stormed off” the set and praising his own composure during last week’s drama.

Kate then in goodwill warned: “Please don’t do it again!”

Good Morning Britain continues every weekday at 6am on ITV.