The sixth and final season of Better Call Saul finally delivered the Breaking Bad crossover fans have been waiting for with the much-anticipated return of Walter White (played by Bryan Cranston) and Jesse Pinkman (Aaron Paul). Unfortunately, with just two episodes of the hit AMC spin-off still to come, executive producer Tom Schnauz has warned fans they may have to expect the worst for Jimmy/Saul/Gene’s (Bob Odenkirk) wife Kim Wexler (Rhea Seehorn).

Tom has suggested Gene might have discovered his wife Kim was dead after all this time in the latest episode of Better Call Saul, Breaking Bad.

Back in the timeline of the original series, Jimmy/Saul has a rough encounter with meth cook Walt and his young protégé when he makes his first infamous reference to Lalo Salamanca (Tony Dalton).

Years later, the former lawyer and conman is hiding out in Nebraska as Cinnabon manager Gene, but his covert new life has started to collapse around him.

Although it initially seemed Kim is still alive after the events of Breaking Bad, Gene is sent into a rage by an upsetting phone call, the contents of which were obscured by noisy trucks. 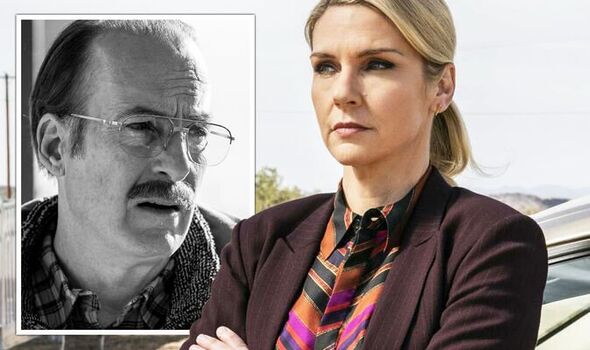 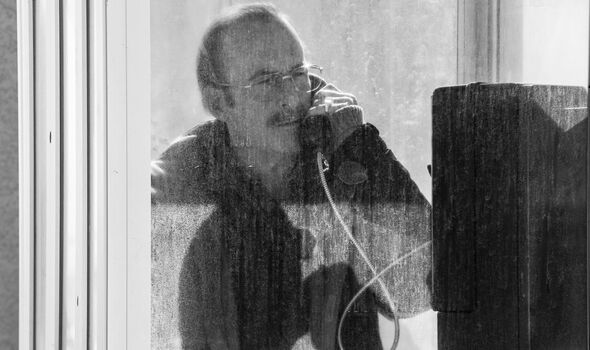 “Yeah, those trucks, we couldn’t control them!” Tom joked.

The producer confirmed the mystery of Kim’s fate will indeed be resolved, though viewers may be waiting until the series finale to find out if she survives the series.

He promised Entertainment Weekly: “We will learn the details of the phone call; we will know what was said in a future episode.

“It’s just right now we wanted to keep the mystery going of: What is going on in the world of Kim Wexler?” 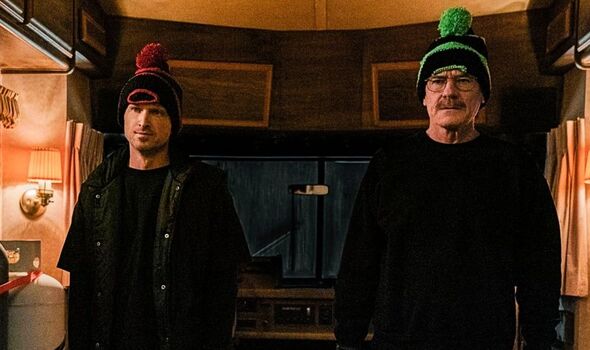 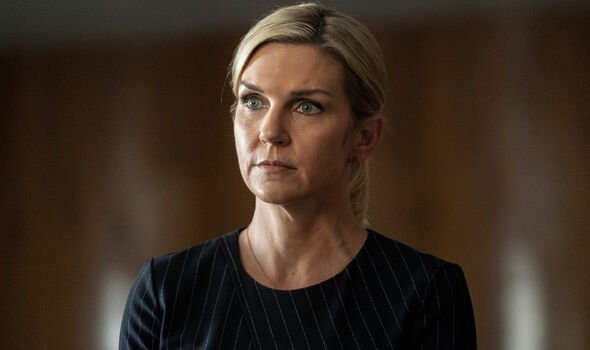 With just two episodes left in the series, episode 12, Waterworks, could keep viewers in the dark before revealing what happened to Kim.

Gene was clearly enraged by what he heard on the other end of the phone, though, so Kim may have already passed on or she could be in imminent danger when the series returns to the black-and-white Omaha timeline.

“You said she’s alive, but I don’t know. Is she alive?” Tom teased, dropping the biggest clue yet Kim didn’t make it.

“Can you tell from that phone call? He asked for Kim Wexler [laughs] on the end of that line and then heard something that made him slam the phone down and break the glass.

“So we’ll find out in a future episode exactly what words were spoken.”

He then added: “I mean, I always love more Kim Wexler, so it was hard to do.

“We’ll see what comes in the future episodes. There’s only two left, so hopefully everything will be answered.”

Once the episode had aired, several Saul fans were already convinced Kim had met a nasty end and might not be back for future appearances.

@fallanassi tweeted: “I’m convinced that that phone call in tonight’s #bettercallsaul ended with his tantrum because he heard Kim was dead.

“That’s why he throws caution to the wind on his scam. We will see next week.”

And @bridgettefgray speculated: “For some reason I feel like Kim is dead or something tragic happened.

“I don’t believe he spoke with her. Just my gut but I hope my gut is wrong.”

Kim has been one of the biggest stand-outs and favourite additions to the Breaking Bad universe, so her fate in the next two episodes could determine how favourably the spin-off is remembered in years ahead.

Better Call Saul season 6 continues Mondays on AMC in the USA and the following Tuesday on Netflix in the UK.

‘This Is Us’ Season 5: A Major Kate and Toby Theory Resurfaces After Episode 14

The Untold Truth Of Sara Haines