BRADLEY Walsh laughed so hard on The Chase he was unable to finish his question after a contestant's hilarious answer.

Wednesday's edition of the ITV quiz show saw Paul from Exeter step up for the final Cash Builder of the programme. 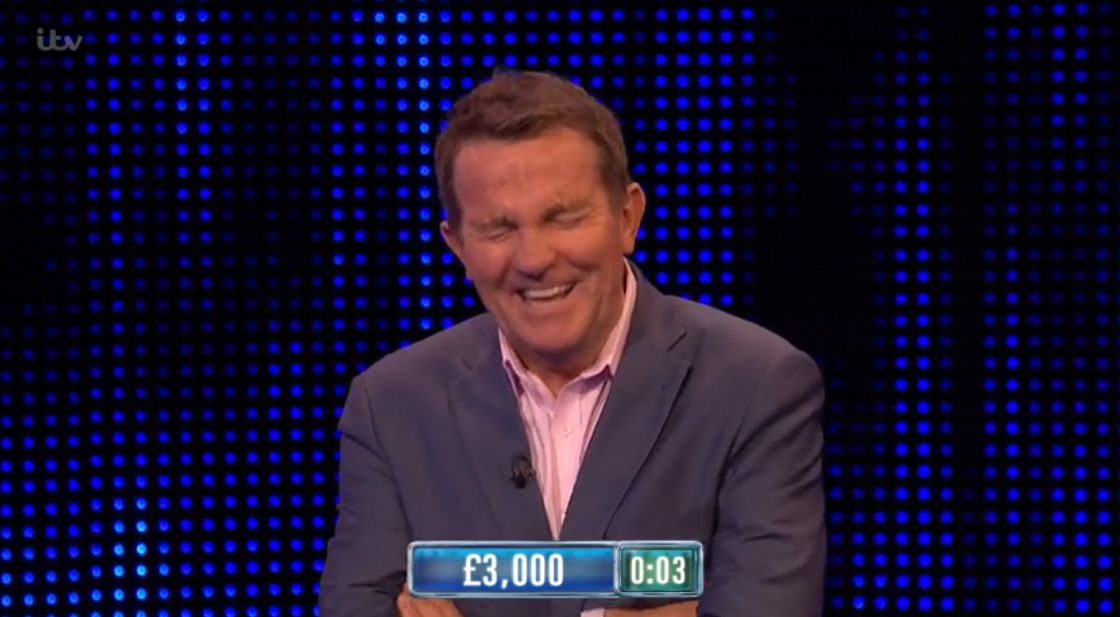 As Bradley, 60, fired questions at him, Paul did his best to answer, but was caught out with one of his final ones.

Bradley asked: "Modena lost a trademark to trade what liquid?"

His mind clearly racing, Paul blurted out "water", prompting the host to burst out laughing.

Paul immediately smiled too as he realised his mistake, while Bradley covered his face with his hand as he continued to laugh as the final seconds of the Cash Builder ticked down. 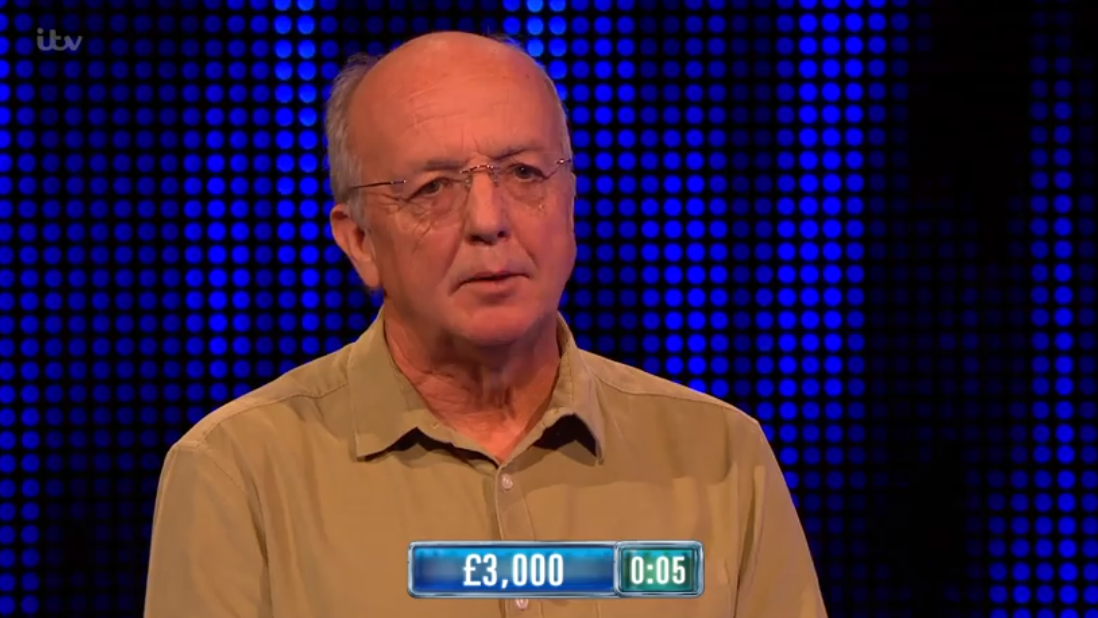 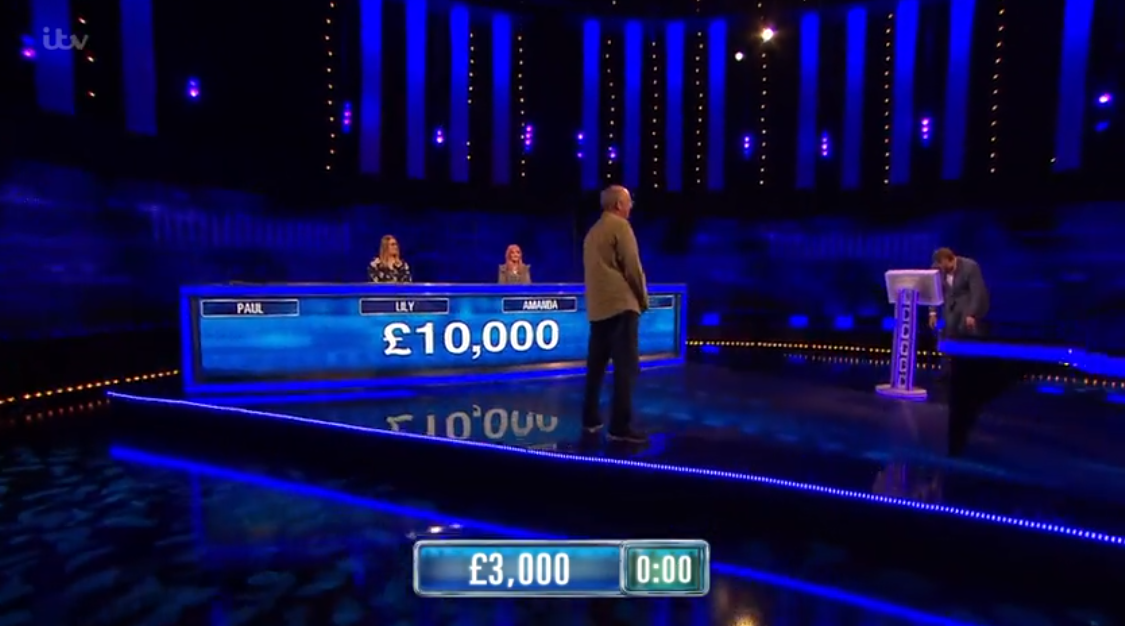 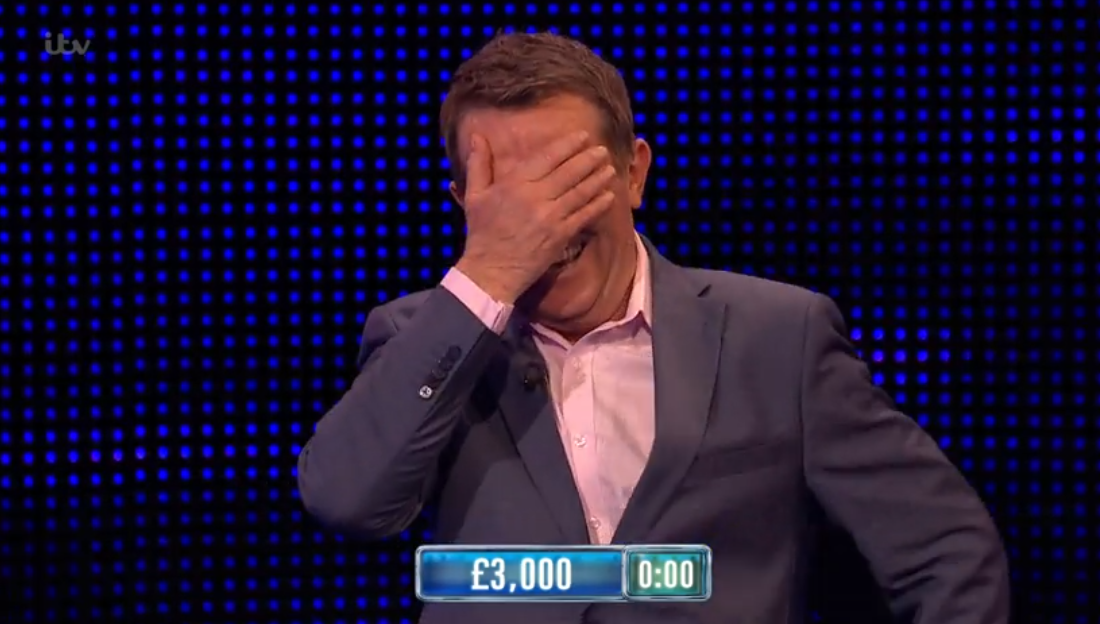 As the buzzer sounded for the end of the round, Bradley told repeated "water" between giggles and then told him the correct answer was balsamic vinegar.

Trying to style it out, Paul joked: "I said that on purpose."

After Bradley had finally pulled himself together, Paul took on Paul 'The Sinnerman' Sinha in his main game.

Opting to play for the £3000 he had accrued in his Cash Builder, Paul was able to make it back to his seat for the Final Chase. 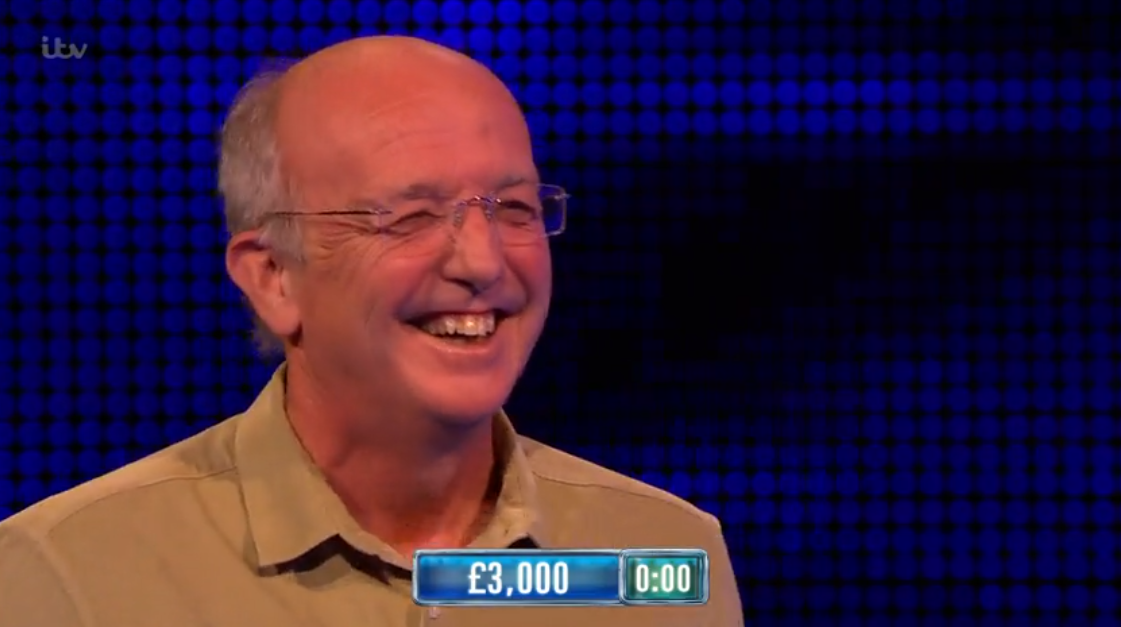 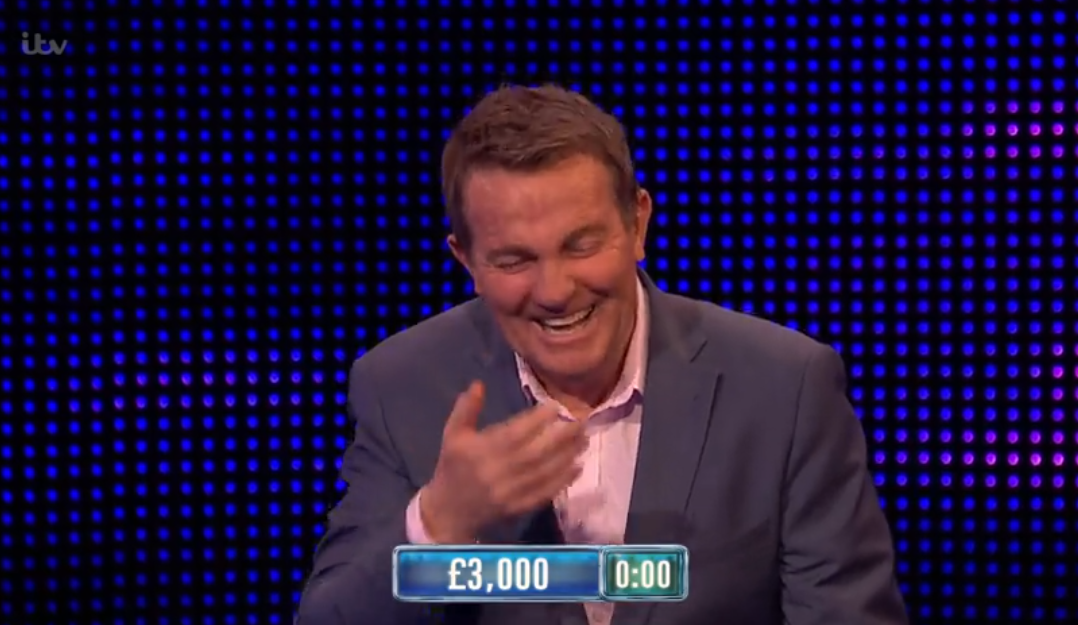 Alongside fellow contestants Amanda and Lily, they answered 18 questions right and achieved a respectable 21 steps ahead of Paul.

But the Chaser was on fine form and still managed to catch them, sending them home empty handed.

The Chase airs weekdays at 5pm on ITV.