Caroline Quentin says she 'hopes' for a return to Bridgerton

Speaking on Deadline Contenders, showrunner Chris Van Dusen and Bridgerton stars Phoebe Dynevor (who plays Daphne Bridgerton) and Nicola Coughlan (Penelope Featherington) discussed the future of the hit Netflix series. They all agreed they hoped for eight seasons of the period drama.

When asked if eight seasons would be recorded, Chris said: “I hope so – the show is based on a series of books.

“Eight books in total and I think it would be a joy to be able to explore stories and seasons for all the Bridgerton siblings.”

The series landed on Netflix on Christmas Day 2020, and proved to be a huge success.

It is based on the books by Julia Quinn, and each novel follows a different character. 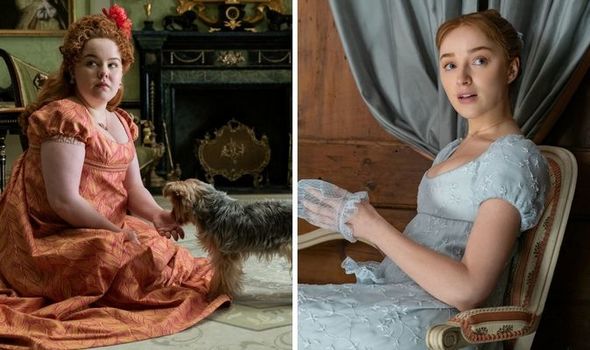 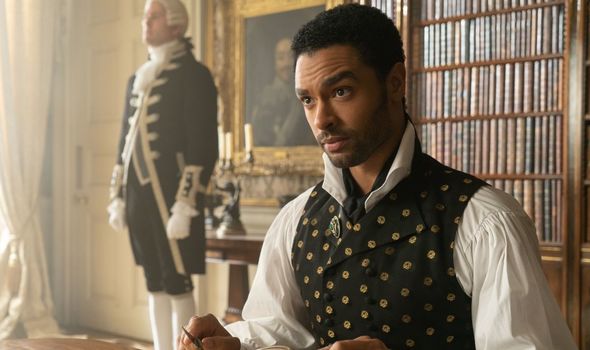 Phoebe and Nicola were also asked if they would be “game” to take part in so many extra seasons.

“I’m game,” Phoebe said, while Nicola added: “Yes, we still have a lot more gossip to tell so… sign me up!”

Season two has already been confirmed as being in the works, which fans were pleased to hear earlier this year.

But many were left up in arms at the news that season one favourite the Duke of Hastings Simon Basset (Rege-Jean Page) wouldn’t be joining the cast for the next instalments. 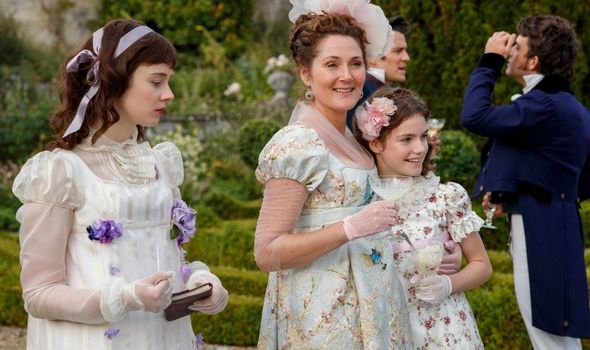 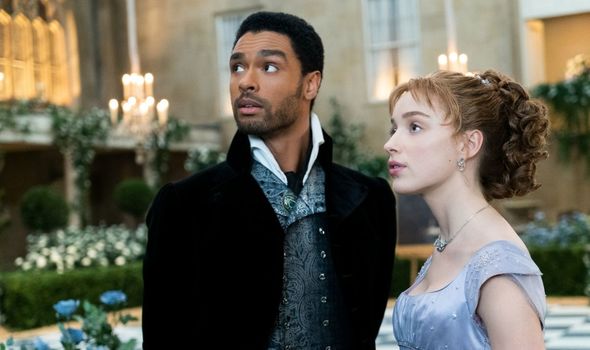 The character was hit with viewers, who were very disappointed that he wouldn’t be returning.

But the first season was based on Daphne Bridgerton’s story, which he had a heavy involvement in.

The next book focuses on a different sibling, but Simon won’t feature in the adaptation at all.

It has since been reported Regé-Jean turned down a guest-role return in any upcoming instalments.

The actor originally signed up for a one-series deal on the show, but some fan assumed he would be a permanent character.

The Hollywood Reporter has claimed Regé-Jean rejected a five-episode deal to focus efforts on his film career.

With opportunities for his career on the big screen to launch further, and Simon not being a main character in season two, the popular actor declined to return as a small guest role, the publication reported.

The good news is it seems like the cast and writers are definitely hoping for more future episodes.

Not only is the romance drama definitely coming back for one more season, but Netflix has also officially renewed Bridgerton for a third and a fourth series.

The second season will see the eldest Bridgerton sibling Anthony (Jonathan Bailey) find love as it plans to draw inspiration from The Viscount Who Loved Me.

Filming has commenced, and casting is already underway to find an actress to play Anthony’s love interest, Kate Sheffield.

With three series’ already confirmed, it seems likely that the show will keep going for a full eight seasons if it retains its popularity.

Bridgerton is available to stream on Netflix.

Election Night Preview: How The Networks Plan To Cover The Finale To A Campaign Of Chaos And Confusion