Countless times over the years, television has taken its cues from the big screen. However, rarely has the TV version eclipsed the movie quite like Buffy the Vampire Slayer. The series ran from 1997 to 2003, and during that time, it featured a ton of up-and-coming talent. Two of the show’s most popular villains even co-starred in a hit movie while the TV show was on the air. 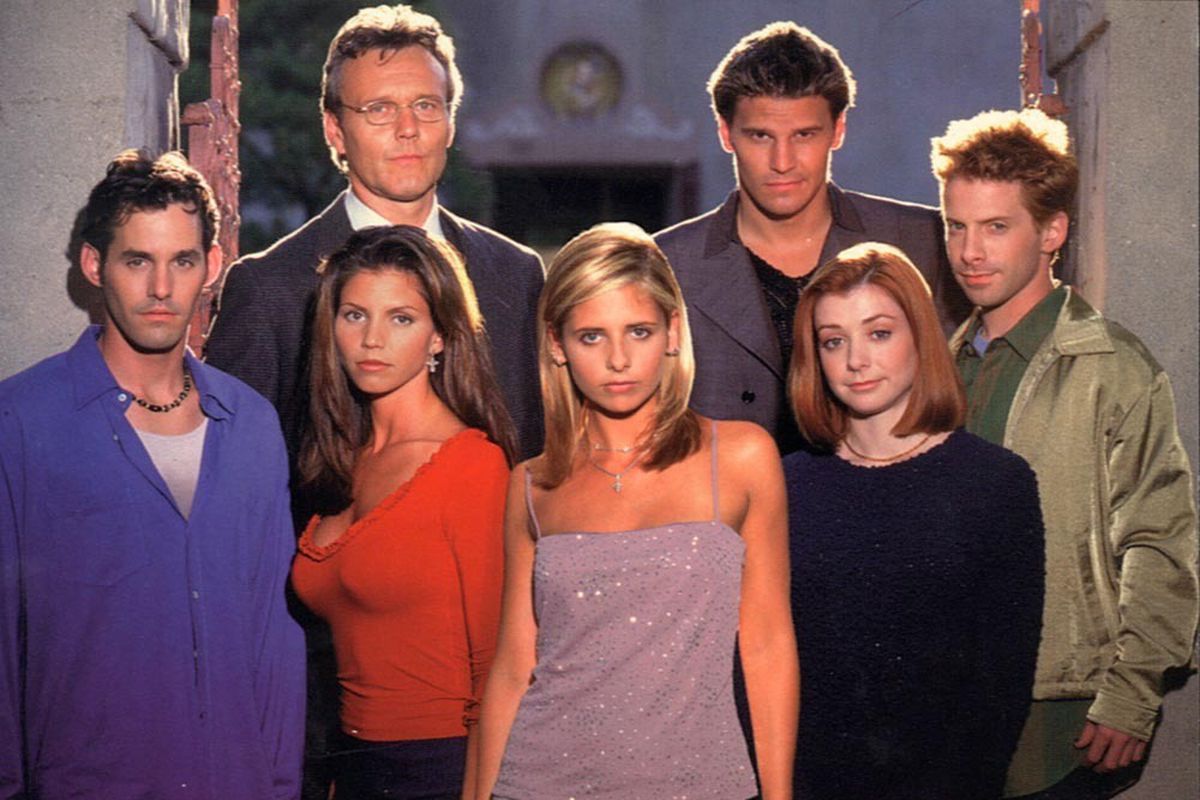 So much of Buffy the Vampire Slayer has impacted television since its debut. Many shows have similarly followed teens or twenty-somethings dealing with supernatural forces. So many cast and crew members built their careers off of their early success on Buffy the Vampire Slayer. The creative vision behind the story of Buffy Summers (Sarah Michelle Gellar) and the pitch-perfect cast make the series a favorite even now.

One of the series’ hallmarks was its annual introduction of a new Big Bad. And while Mayor Wilkins (Harry Groener) technically takes that slot in season 3, that year also brought rogue Slayer Faith (Eliza Dushku) into the picture. Faith remained one of the most beloved antagonists Buffy faced during the show. Likewise, the hell god Glory (Clare Kramer) made a lasting impression as well. The two actors even worked together.

In between their characters’ introductions, Dushku and Kramer shared the screen in the 2000 hit Bring It On. The film — directed by Peyton Reed (Ant-Man) — follows a high school cheerleading team as it prepares for a national competition. Kirsten Dunst leads as Torrance Shipman, the newly appointed captain of the Toros cheerleading squad. Dushku plays her latest recruit, and Kramer is Courtney, one of Torrance’s biggest critics.

During its theatrical release, Bring It On turned into a sizable hit. The comedy brought in $90 million worldwide against an $11 million production budget, according to Box Office Mojo. Now more than 20 years old, it has developed an ongoing cult following, with five direct-to-video sequels released between 2004 and 2017. But many Buffy the Vampire Slayer fans might not realize two of their favorites are among the Bring It On cast.

What’s going on with the ‘Buffy the Vampire Slayer’ reboot?

So both Buffy the Vampire Slayer and Bring It On have continued to sustain and grow their fan bases. But what is the current status of both? Well, the horror-themed Bring It On: Halloween is currently set to premiere on Syfy in 2022. And like the previous sequels, it’s unlikely to involve any actors from the original film.

Meanwhile, the Buffy the Vampire Slayer reboot is supposedly still in the works. In 2018, Deadline reported Monica Owusu-Breen (Midnight, Texas) was set to serve as showrunner. But other than word of a Black woman in the lead, there’s no telling if this new show would have a place for Gellar and company to return.