Vanessa Taylor and Maggie Lockwood have been hiding a huge secret for all of Chicago Med Season 7. In the fall finale, Vanessa finally announced to her coworkers that Maggie is her biological mother. Although Maggie was delighted that the truth came to light, Vanessa’s job could now be in jeopardy. Her announcement also raised a lot more questions for One Chicago fans. 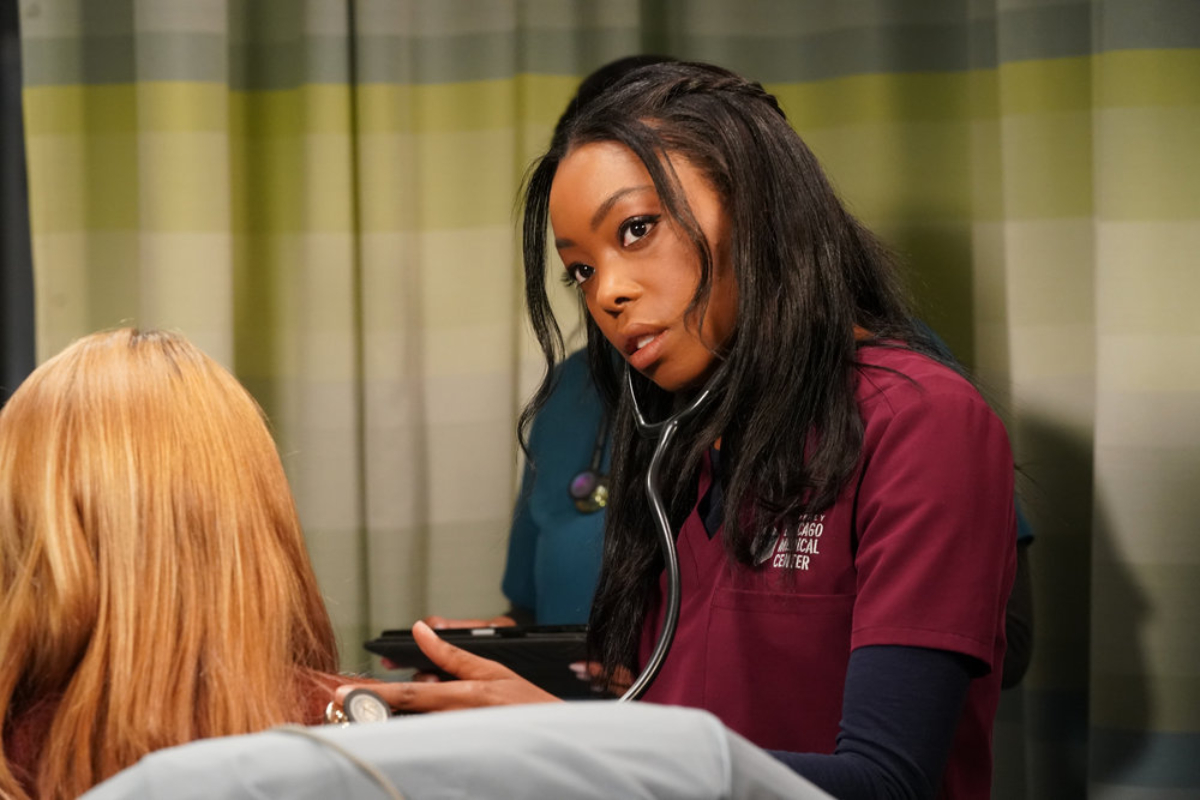 In season 6 of Chicago Med, Maggie was reunited with her biological daughter. Vanessa then began working at Gaffney Chicago Medical Center. She learned the truth about Maggie on her own but made her mother swear not to tell anyone.

Vanessa worried that people would think she was hired out of favoritism, not on her own merit. Maggie agreed to keep the secret, though it clearly made her upset to do so. However, in the fall finale of Chicago Med Season 7, Vanessa announced to her coworkers that Maggie is her mother. 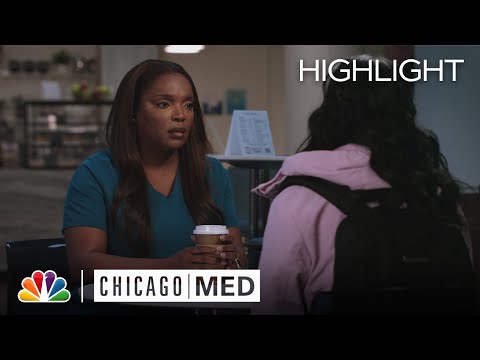 So far, Chicago Med Season 7 has not revealed the identity of Vanessa’s biological father. However, it seems possible that fans will get an answer at some point. When the series returned with episode 10, a coworker asked Maggie this very question.

Although Maggie chose not to answer, Vanessa will likely want to know the very same thing at some point. Chicago Med showrunners Andrew Schneider and Diane Frolov teased more to come with Vanessa’s identity in an interview with TV Guide.

“Professionally, we play a little bit of that coming back in ten about the fallout from that announcement,” Frolov told the outlet. “But the two of them are going to — you know, Maggie is back in Vanessa’s [life] and vice versa. So, we’re going to keep exploring that. What does it mean? What does it mean in terms of Vanessa’s adopted family?”

“And then there’s the question of who is the biological father? Does he re-enter the picture in some way?” Schneider added. Neither showrunner gave a definitive answer to this question, but hopefully, future episodes will explore this side of Vanessa and Maggie’s lives.

Will Vanessa lose her job in ‘Chicago Med’ Season 7?

Although her announcement made Maggie happy, Vanessa’s job could be in danger. In Chicago Med Season 7 Episode 10, Maggie was questioned about the circumstances under which her daughter was hired. Maggie insisted that Vanessa was hired for her own merit, but this likely won’t be the last time fans will hear of this issue. Maggie warns Vanessa that she might be next to be questioned.

In a previous episode, Maggie also helped Vanessa pass a drug test that she almost certainly would have failed due to her Adderall use. Faking a drug test is without a doubt a fireable offense, and if this comes to light, both Vanessa and Maggie’s jobs could be in trouble.

Death in Paradise theory: Is this how Officer Ruby Patterson will die?

'The Sound of Music': Christopher Plummer Was Drunk While Filming This Pivotal Scene