Last week on Coronation Street, the Platts were horrified when a giant sinkhole emerged in their back garden and the house was deemed unsafe to live in. Ray Crosby (Mark Frost) jumped in to help out by offering to put the family up in a fancy hotel, however, it was later revealed to viewers he had planned the sink hole. It’s not yet known exactly why Ray wants to buy the Platt family home or who he is working with but tonight, David (Jack P Shepherd) put a spanner in the works.

After speaking to Ray, David was all set to sell the family home and made his plans known to sister Sarah (Tina O’Brien).

She wasn’t happy with the news and begged David to reconsider but he declared it was time to move out.

Ray went on to put David in touch with his friend “Roxy” who could help him out with the sale of the house.

He organised for David and Roxy to meet but the hairdresser changed his mind when Shona Ramsey (Julia Goulding) announced she wanted to move back in. 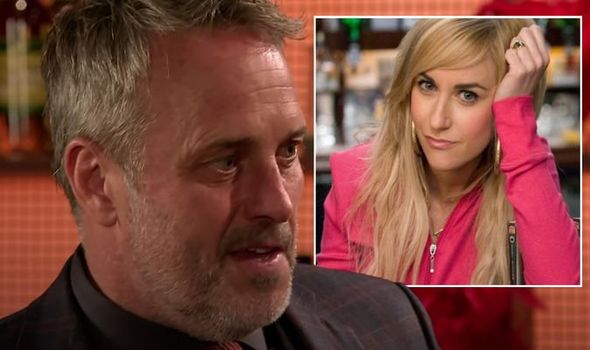 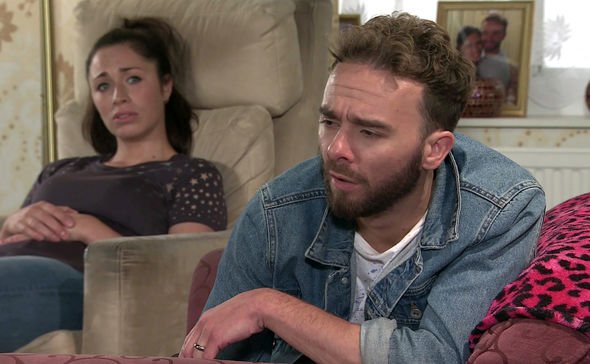 David was thrilled with Shona’s decision and decided he couldn’t give up the home where they’d both been so happy, especially as she said it made her feel safe.

Later in tonight’s double-episode, David broke the news to Ray that he didn’t need to meet with the mysterious “Roxy” after all.

“So, how did it go with Roxy?” Ray asked. “She text me earlier, told me you were meeting up.”

David replied: “Yeah she’s been great and if you speak to her, let her know I’m sorry about messing her about.” 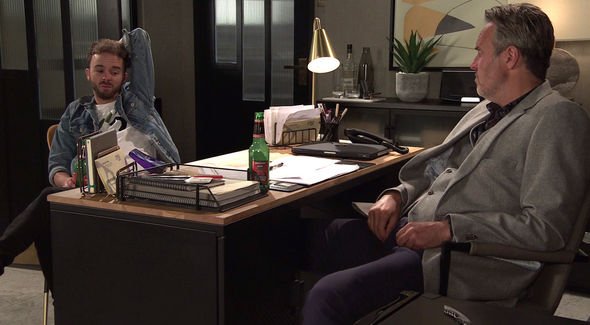 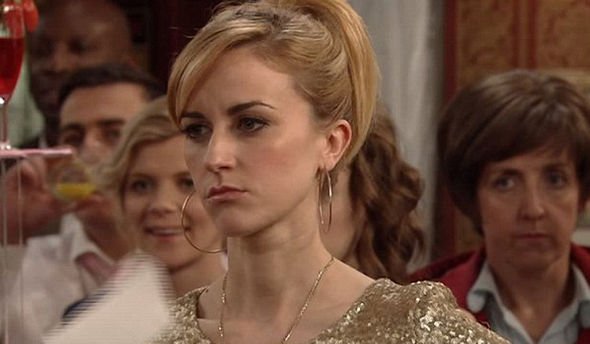 “How do you mean” Ray probed looking rather worried.

David explained: “Oh I’ve decided not to sell after all. It’s personal but my wife has decided to move back home.

“It’s complicated but yeah, that’s why I’m not selling.”

Worried that he could lose the house, Ray continued to try and persuade David not to sell.

“Listen mate it’s your business but that’s not an asset you’ve got in your backyard,” he remarked.

“If I had the chance to offload a house with a great big sinkhole, I’d be jumping at it.”

David replied: “Thing is, that’s a decision made with my head, not my heart.”

He added that he would have a “flipping good try” at saving the house.

But as David left The Bistro, it was clear Ray was far from happy with the replacement as he raced off to his office.

Fans didn’t get the chance to see who the mystery “Roxy” was but after Sarah reminded David of the happy memories he had with late wife Kylie (Paula Lane) in the house, it could be Becky McDonald (Katherine Kelly).

Could Becky be making a one-off appearance to help Ray take the Platt family home from them?

It’s likely Becky wouldn’t be too thrilled to hear David has moved on with Shona, who is the mother of Kylie’s killer.