Peter (played by Chris Gascoyne) was plunged into the centre of a mysterious attack which took place several weeks ago on Coronation Street when Carla (Aliso King) was terrorised by two crooked characters from her past. With the scheming pair blackmailing the former Underworld Factory boss over some incriminating information they had on her, she told her neighbours, including Scott (Tom Roberts) what she’d done in her past. News then made the headlines the troublesome pair had been attacked and the stand-in landlady of the Rovers Return thought her boyfriend had a part to play. The alcoholic denied any involvement and it seems the real culprit is a lot closer to home than even he had thought. However, will he end up taking the blame as Scott’s villainous plan seemed to be exposed in Wednesday’s episode of the ITV soap?

The latest instalment of the weeknight serial drama saw Peter ranting to Emma Brooker (Alexandra Mardell) how her sister Amy Barlow (Elle Mulvaney) had asked him and Carla for money to buy some new trainers.

Whereas he was against the idea, his partner handed over the money and with Tracy Barlow (Kate Ford) breathing down his neck about her daughter being spoilt, he said the former factory boss should be facing the mother’s wrath.

Listening in, Scott jumped in to defend Carla, only for the alcoholic to tell him the conversation was none of his business.

Admitting defeat, the newcomer backed off, but him interfering had already riled the stand-in landlord enough to confront him later on.

What the soap stalwart wasn’t expecting was to hear about the attack on Carla’s stalkers brought up and he finally put the pieces of the puzzle together, but will he end up behind bars as a result? 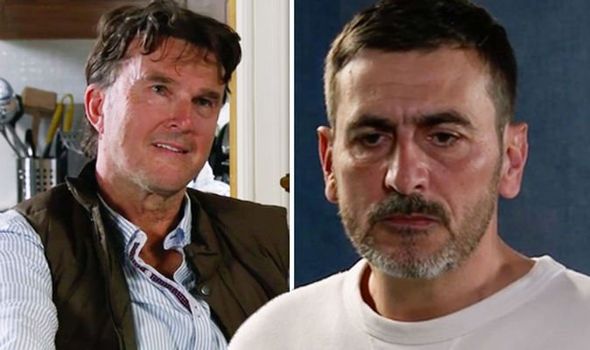 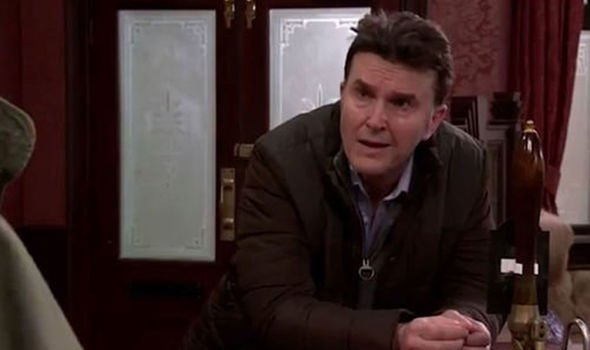 Going into the back room of the pub where the newcomer was as he is currently renting out a room at the establishment, Peter said: “You were out of order before, Scott, sticking your nose in like that. Family business is private and all that.

“You were chatting in front of the punters in a pub. How’s that private?” the mysterious character chimed.

“The fact is you should be interfering in things that don’t concern you,” the alcoholic continued, to which Scott replied: “I was just surprised, that’s all.

“Like I said, the way you dropped your Mrs in it,” he added, to which Carla’s partner told him he was “talking rubbish.” 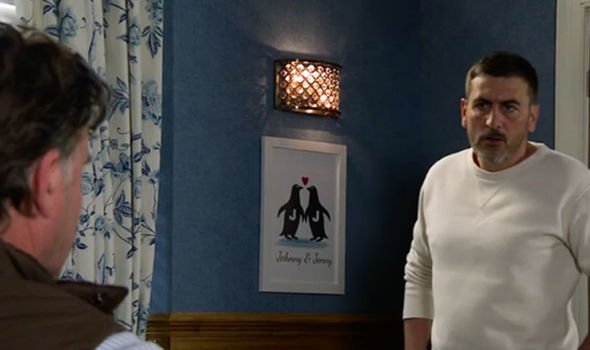 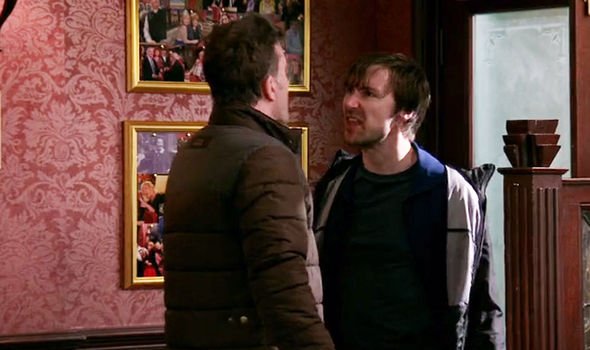 I’ve always got Carla’s back

Stirring the pot, Scott remarked: “Then again, from what I’ve seen, you’re not one to stick your neck out for her, are you?”

“What’s that supposed to mean? I’ve always got Carla’s back,” Peter hit back as the newcomer dropped a hint he was behind the attack on the former factory bosses stalkers.

“Not enough to get your hands dirty though. Talk is cheap mate,” the mysterious character replied, leaving his enemy intrigued.

Explaining himself a little further, Scott added: “You didn’t even bother to sort out those idiots that were threatening your Mrs Apparently, someone else had to do it.”

As the penny dropped for Peter, the newcomer said: “What’s the face for? They were smackheads. From what I’ve heard, they had it coming.”

Viewers will have to wait and see who exactly Scott is as his identity comes into question in the coming weeks, but will he paint Carla’s partner as the true villain.

With no one able to yet confirm the alcoholic whereabouts on the night the attack took place, he could very well find himself in trouble with the law.

Having developed a romance with Liz McDonald (Beverly Called) recently, the mysterious character could use his charm to ensure she gives him an alibi.

Peter hasn’t always been the most law-abiding citizen, having been put behind bars on numerous occasions in the past.

With grievous bodily harm added to the list of his atrocities, will the alcoholic find himself in prison for the foreseeable?

Carla will be furious with her boyfriend for putting their relationship in jeopardy and could find herself gravitating towards Scott as a result.

As she lets her guard down, will she too be in danger as the newcomer clearly has an obsession with the former factory boss?

Today's Craig Melvin Thanks Fans for Support After Brother's Death: 'His Suffering Is Over'