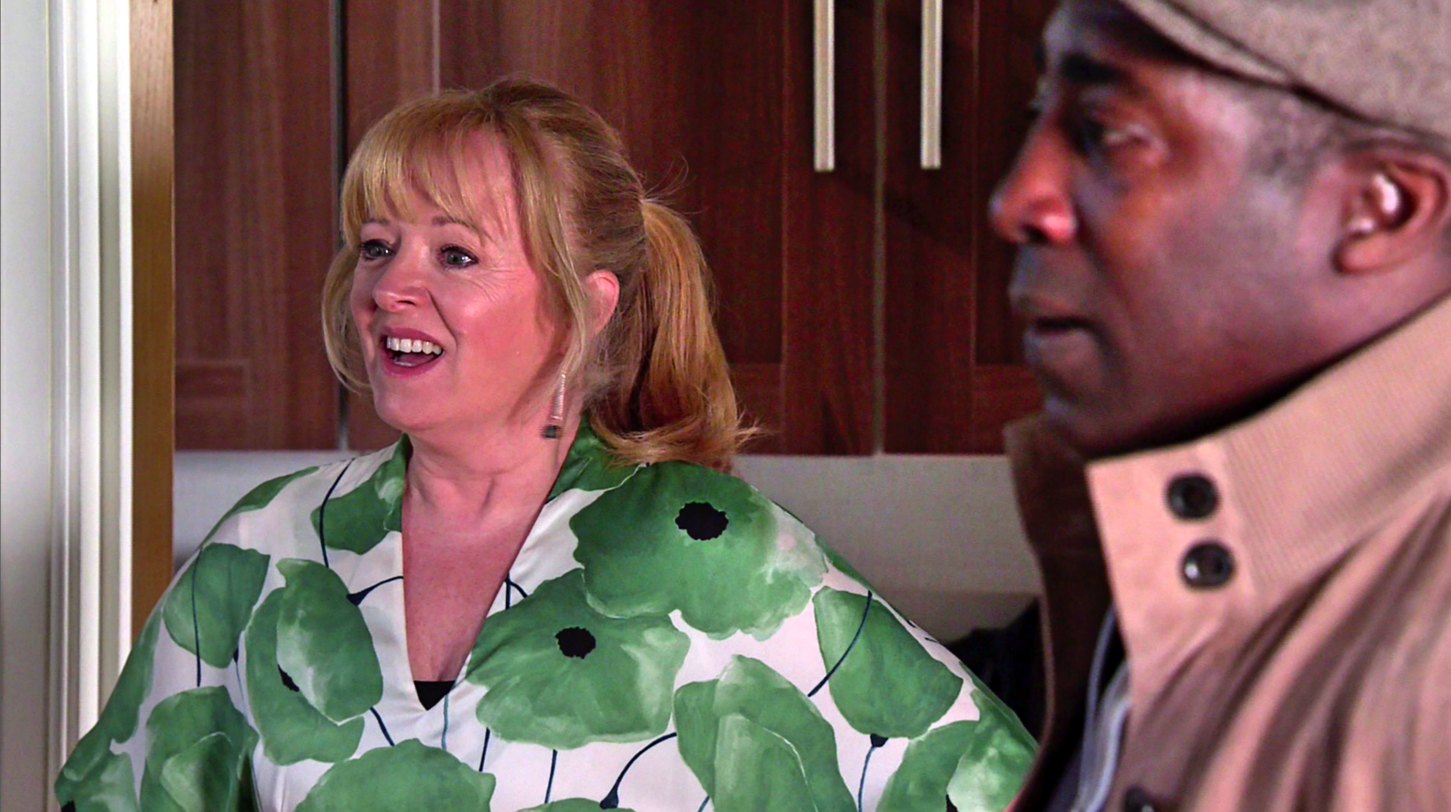 She is, after all, supposedly pining for her currently incarcerated husband Johnny. But it seems that the person experiencing the greatest surprise is actress Sally Ann Matthews, who admits to being blindsided by this latest storyline twist.

‘When I found out, I did think, “oh, blimey, there’s a turn up for the books”,’ the Corrie star told Metro.co.uk. ‘But I can completely see how it’s happened.’

Putting the Connors’ marriage under the microscope, Matthews explains why the stresses of Jenny’s life with Johnny (Richard Hawley) has now led to her head being turned by this charismatic newcomer: ‘Johnny has this tendency to cut Jenny out when he’s got a problem. We saw this first when he was diagnosed with MS and he chose to confide in Kate.

‘Then, while he was in prison, she’d be telling him that they were a team and how he shouldn’t be hiding things from her – only to find that he’d stopped taking his medication and was deliberately sabotaging his health in order to “see” Aidan.

‘There are only so many times that you can put yourself out there to be hurt and Jenny’s done that time and time again.’

Meanwhile, who’s been there to pick up the pieces back on the Street? Only charismatic Ronnie (Vinta Morgan), who, as Matthews reveals, has been making himself at home at the Rovers. The sight problem being that all the chemistry-building scenes between the two of them didn’t end up being scripted.

‘They’ve developed a friendship – it’s just that you haven’t really seen it,’ admits the actress. ‘But Jenny has been coming back from prison visits to the charming and chatty Ronnie. They’ve probably been in the back room watching Beat the Chasers and The Circle and having a right laugh. It’s probably been a huge relief and a release for Jenny and she’s now remembering what her life was like before the angst. She can probably breathe again for the first time in a long while.’

But reality does have a habit of intruding and when Johnny puts in calls from prison and asks about the identity of the pub’s latest B&B guest, Jenny is forced to dissemble in order to cover her tracks:

‘She’s clearly feeling something for Ronnie and it doesn’t help that he was a very similar name to Johnny. Jenny’s got this teenage excitement for him so whenever Johnny says anything about the B&B guest, she ends up saying, ‘Oh, who wants to talk about work?’ She’s diverting attention from the question.’

Unfortunately for Jenny, opportunities to be in Ronnie’s company look set to be curtailed when Johnny reappears at the Rovers, having been released from jail earlier. It’s a situation that is sure to bring Jenny’s dilemma into sharp focus.

So where does Matthews believe her character’s affections really lie?

‘She desperately love Johnny, but when that person you love is causing you a pretty constant circle of pain, is it worth it? Is it healthy? And would they be happier on their own?’

On their own or with Jenny pairing up with a certain member of the Bailey clan who’d no doubt willingly be a shoulder to cry on? Only time will tell…