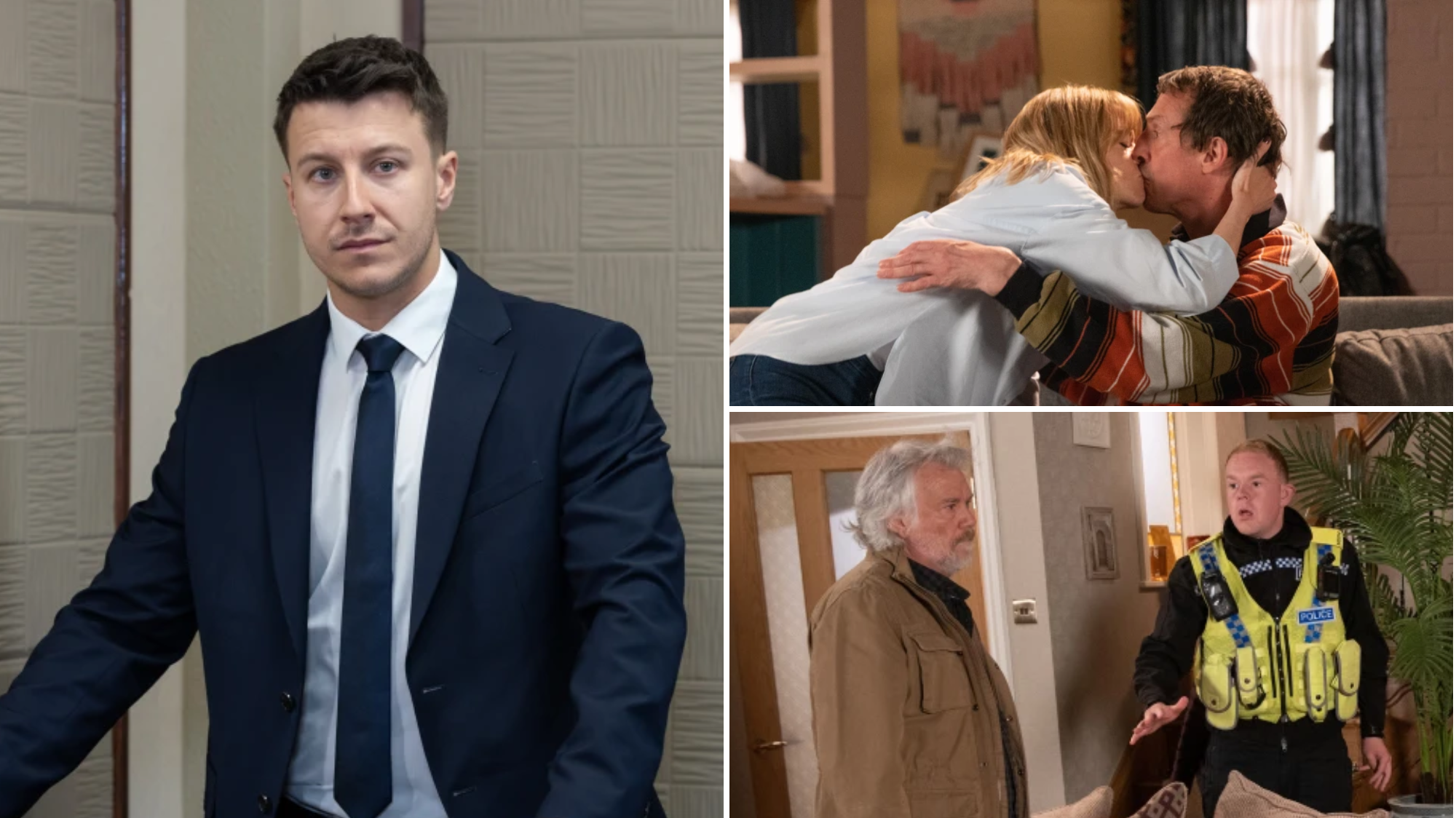 Subsequent scenes will see Stu wind up in hospital, and Yasmeen Metcalfe (Shelley King) refuses to hear him out, leaving him feeling worthless.

After being released from hospital, Stu tries to make Yasmeen listen when he turns up to retrieve his watch, but Yasmeen calls Zeedan Nazir (Qasim Akhtar), who arrives with Craig Tinker (Colson Smith), having Stu arrested.

As the district judge accepts his guilty plea, Ryan awaits sentencing. But will he face jail time?

Elsewhere on the street, Toyah Battersby (Georgia Taylor ) assist Spider Night (Martin Hancock) after a brush with the law and, soon enough, she leans in for a kiss. Spider reciprocates and allows Toyah to lead him to the bedroom, but Toyah later regrets what happened, and thus asks Spider to leave.

It’s all kicking off in the street next week, and here’s everything you’ve got to look forward to.