Dancing With The Stars history was made on Tuesday night as the celebrity competition crowned its Season 30 victor. ABC’s evening saw Iman Shumpert become the first ex-NBA player to win Dancing With The Stars, besting fellow competitors Jojo Siwa, Amanda Kloots and Cody Rigsby with his cha-cha. Monday’s two-hour DWTS finale marked a win for both Shumpert and ABC.

The season finale of DWTS went head-to-head against The Voice, snagging the night’s highest demo rating. Per fast affiliates, Dancing With The Stars earned a 0.8 rating in the 18-49 demo and 5.41 million viewers. While the dancing competition topped Monday night, it was down from last season (0.9, 6.08M).

The Voice (0.7, 6.13M) won the night’s viewership, dipping from the previous week. Beyond Dancing with The Stars and The Voice, Monday primetime took it easy leading into the Thanksgiving holiday.

After the eventful hours of their 8-10 p.m. primetime programming, ABC and NBC brought their nights to a close with The Good Doctor (0.4, 4.08M) and Ordinary Joe (0.3, 2.19), respectively. Both were stable in demo rating and rose in audience. 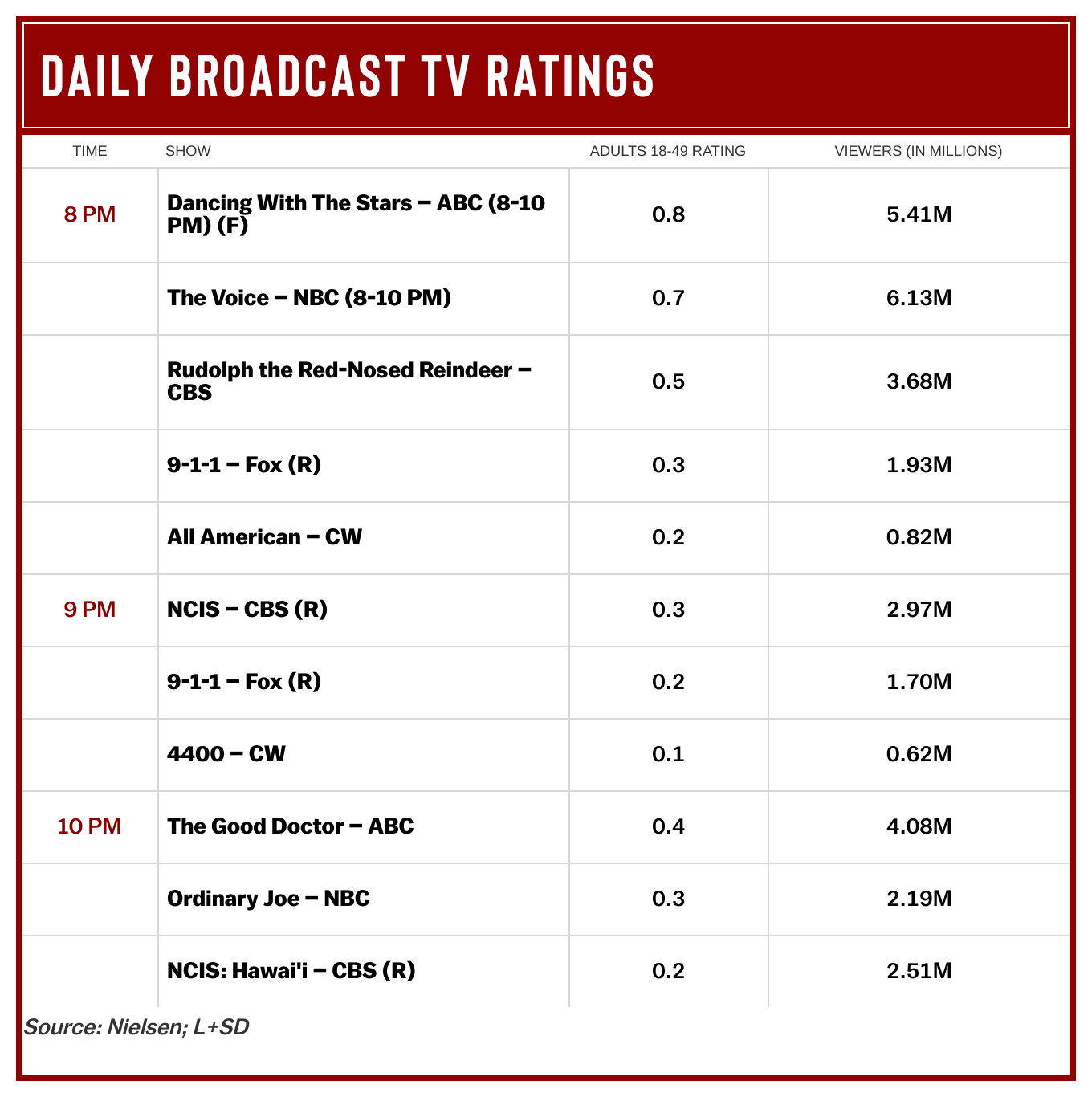 Who’s A Good Boy? ‘Clifford The Big Red Dog’ Getting Sequel From Paramount