Home » TV & Movies » DB Cooper: What happened to plane hijacker DB Cooper and where is he now?

The Hijacker Who Vanished is a highly anticipated BBC documentary that delves into an unsolved mystery from the 1970s. DB Cooper is the pseudonym for the man who hijacked a Boeing 727 in America, on a flight between Portland and Seattle. Fans are still wondering who DB Cooper is, and where he ended up after the traumatic event.

Who is DB Cooper and where is he now?

The case of DB Cooper remains one of the most frustrating unsolved mysteries in American history, and it had a lasting impact on those involved.

This new documentary explores how the fugitive was able to hijack a plane in mid-air and disappear without a trace.

The programme gives insight into the real-life events and the creators were able to track down people who believe they may know who DB Cooper is.

There are a number of possible suspects, and interviews throughout the documentary tell of their candid testimonies.

The show’s director, John Dower, spoke exclusively to Express.co.uk to explain what happened on that terrifying day, and where DB Cooper could be now. 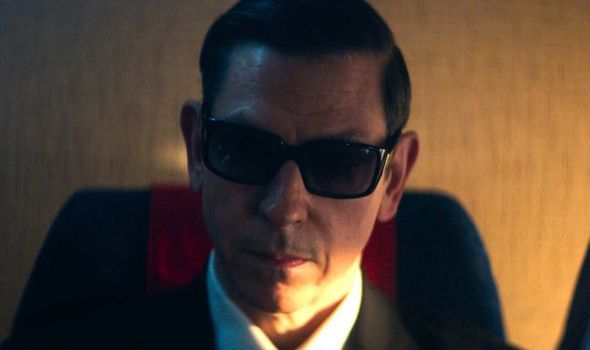 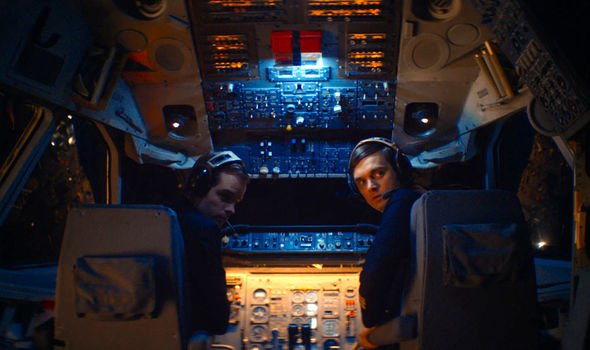 Speaking of how he found out about the real-life event, he said: “When I was approached by the film company I was kind of annoyed as I like to think of myself as knowing all the stories, and I had never heard of this.

“I thought surely this didn’t really happen, it sounds made up. It has that kind of craziness to it, like how did this happen?”

He explained how there had been a flight going from Portland to Seattle on Thanksgiving Eve in 1971, during the days where there was no airport security.

A man had bought a ticket at the desk, and he had given the name Dan Cooper. Once he was on the plane he had ordered a Bourbon and lit a cigarette, like many of the other passengers.

As the plane was taxying up the runway, he passed a stewardess a note and at first, the attendant thought Cooper was trying to ask her out.

Dower explained: “The note said ‘I have a bomb in my briefcase and I’m going to hijack this plane’. When they were in the air he demanded four parachutes and $200,000.” 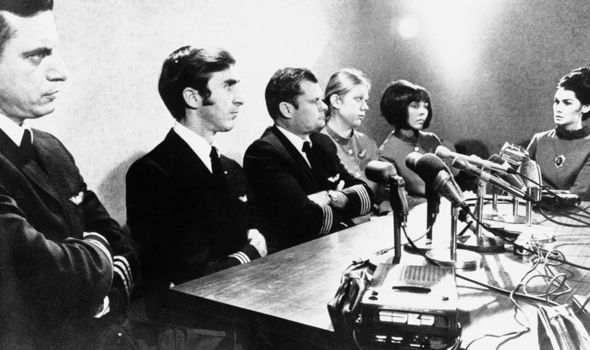 When they landed in Seattle, Cooper was given the parachutes and money. He let everyone off the plane apart from one stewardess and the pilots.

Amazingly, none of the passengers were any the wiser about the hijacking until they had landed.

Once Cooper was alone with the remaining members of the crew, he demanded to be flown to Mexico.

When the plane had reached a height of 10,000 feet, Cooper strapped the cash to himself and jumped out of the plane.

Shockingly, he was never seen again. At the time it was the largest FBI manhunt America had ever seen.

Dower said: “They had nothing about him except a photofit. It’s a mystery that remains a mystery.”

His documentary hopes to shed some light on who Cooper was, and where he may have ended up after he jumped from the plane. 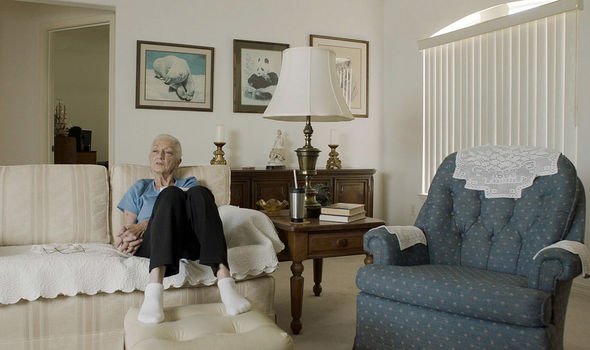 He had shown a particular interest in the case after it was revealed some of the cash Cooper had demanded had been found on an island years later.

Dower said: “I always wanted to tell the story of the heist but that wasn’t enough. The passengers had no idea what had happened until they landed.

“What happened after he jumped out of the plane? The mystery for me is that eight years later a kid on a beach finds some of the money and the FBI say someone has been back and put that money there.”

In 1980 a boy had found $6,000 of the ransom money while he was camping in Tena Bar, and the money had been submerged in water for a short amount of time after the hijacking.

How the money came to be there so long after the jump remains a mystery, and this idea fascinated Dower.

His documentary involves those who were closest to the case, including some of the original crew members, although Dower said it had been hard to get them on board.

He said: “There are lots of suspects but I was very careful to choose people whose stories felt credible, there was a strong group of five or six suspects whose stories had credibility to them.

“What struck me is they just believed them so much, almost on a religious level – they almost built elements of their lives around it.”

Many people have written about the case, and they have spent years documenting it, pulling together any evidence they may find. This made it easy for researchers to find some of the interviewees for the documentary.

However, speaking about tracking down the flight crew, he said: “It still had an impact on their lives, some people say it was a victimless crime but the flight crew were in a lump of metal with the back door open and there is a bomb, it was quite traumatic.

“They were always resistant but when they realised we wanted to tell their story properly, they came on board.”

The documentary includes archive material as well as stylised drama to help retell the traumatic events of that day, in a bid to answer the question – who is DB Cooper?

The Hijacker Who Vanished airs on BBC Four on Monday, November 23 at 9pm

‘Mulan’ Was Set To Do Big Business This Past Weekend; Drive-Ins Slowed Down & A Look Back At ‘Dumbo’ – Box Office