Every few seasons, Death in Paradise sees the leading detective change and in season nine, it was time for DI Jack Mooney (played by Ardal O’Hanlon) to leave Saint Marie for good. He had previously taken over from DI Humphrey Goodman (Kris Marshall) who was also the replacement for DI Richard Poole (Ben Miller) who was killed with an ice pick. There have been a number of changes made to the cast over the years but there are a couple of people who have seen all the drama since series one.

Commissioner Selwyn Patterson (Don Warrington) is the head of the Royal Saint Marie Police Force and in charge of those working at Honoré Police station.
He is one of the only characters in Death in Paradise to have been in the series from the very first episode.
Catherine Bordey (Élizabeth Bourgine) is the other resident to have remained on the island all of this time and is often featured in the show as she is the owner of Cathy’s Bar where the officers regularly meet.
Commissioner Patterson faced another challenge in season nine though as he had to welcome a new member to the team. 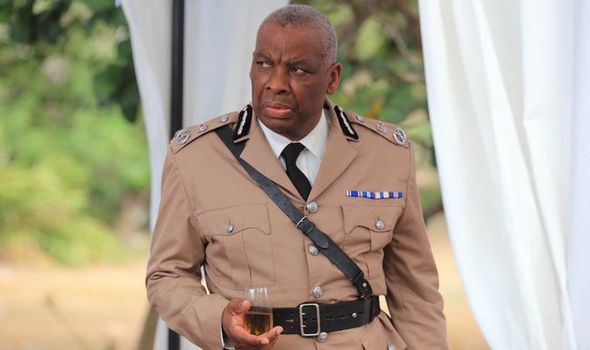 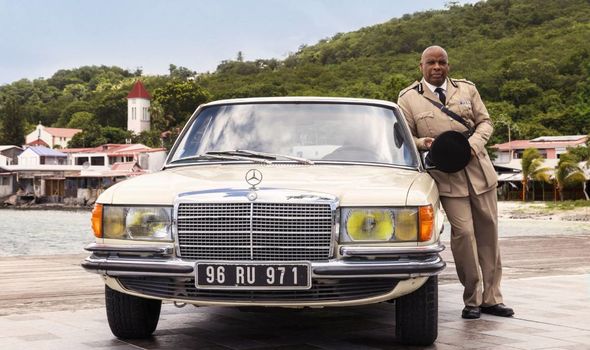 With DI Mooney leaving the island, Commissioner Patterson had to find a temporary replacement while they figured out who could take on the role of leading detective permanently.
DI Neville Parker (Ralf Little) was introduced as the interim detective and the commissioner was keen to find the new man for the job as quickly as possible as Neville continued to complain about the climate, bugs and his allergies.
However, by the end of the series, Neville asks if he could have the job permanently to which the commissioner reluctantly agreed.
Earlier this year, Warrington spoke out about the commissioner’s reaction to their new member of the team. 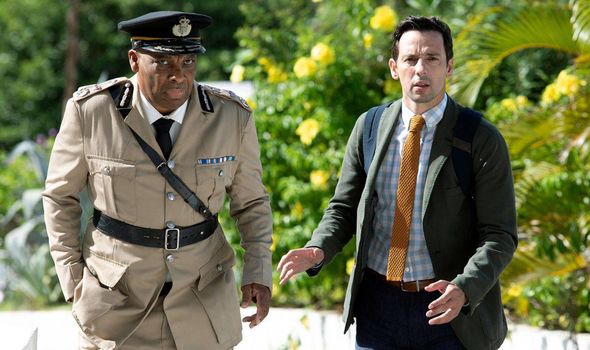 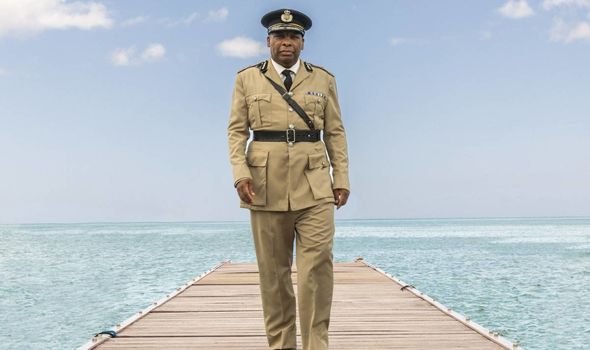 Talking to What’s On TV, Warrington said: “The Commissioner basically wants someone to just come and do their job.
“He knows Neville can’t help his allergies, but at the same time he thinks they can’t overwhelm him.
“If he [Neville] stays, Selwyn will have to work out whether he likes him or not. “The commissioner has to think about how the new detective is going to fit in.”
Actor Warrington is now 68-years-old and has been in the show since the first episode.
As the commissioner has hit retirement age and with a new face on the scene he isn’t keen on, could this be the end of his time on the force?

Officer JP Hooper (Tobi Bakare) also passed his sergeant exams at the end of series nine so is expected to receive a promotion.
With everyone either leaving the island or getting a promotion, the commissioner may think it’s about time to step back from his role.
His niece Ruby Patterson (Shyko Amos) is also working for Honoré Police so could be an emotional moment if he did decide to leave the job behind.
So far, there has been no confirmation that he will be retiring from his role.
But even if he does leave his position behind, Selwyn could still be in the series.

As the commissioner has reached retirement age, it doesn’t seem likely he would want to move away from the island which he has lived all his life on.
So if does decide to retire, Selwyn could instead be seen adjusting to his new quieter life as just a resident of Saint Marie.
This could be a bit of a challenge for him though as he has worked on the force for decades so might find it difficult to let go of his role at first.
However, with the encouragement of his former team and Ruby, he is bound to get used to this new lifestyle.
Death in Paradise season 9 is available to watch on BBC iPlayer.