EastEnders fans know newbie Ravi (played by Aaron Thiara) is in fact, also Nish’s (Navin Chowdhry) son. He also killed his adoptive father Ranveer Gulati (Anil Goutam) and allowed Suki Panesar (Balvinder Sopal) to believe she had been responsible. Kheerat (Jaz Deol) and the rest of the family know nothing about Ravi’s dark secrets, but Nish’s return isn’t initially welcomed by them, especially Kheerat. As he continues to try to protect his family, Ravi keeps pushing himself further into their business while planning to steal Ranveer’s money. Could the Panesars be in danger?

In upcoming scenes of the BBC soap, things remain tense and Kheerat struggles to remain civil with Nish.

Official spoilers confirm Vinny (played by Shiv Jalota) is the only one willing to remain supportive of his dad, and Nish is disappointed when Ash Panesar (Gurlaine Kaur Garcha) and Kheerat fail to show up for a family lunch.

Later, Kheerat opens up to Stacey Sater (Lacey Turner) about his dad, revealing he had killed someone who got too close to Suki.

Following a spate of awkward incidents, Nish attempts to settle himself back into the family business but is involved in a confrontation with Kheerat.

Later, he collapses onto the floor while nobody is around. 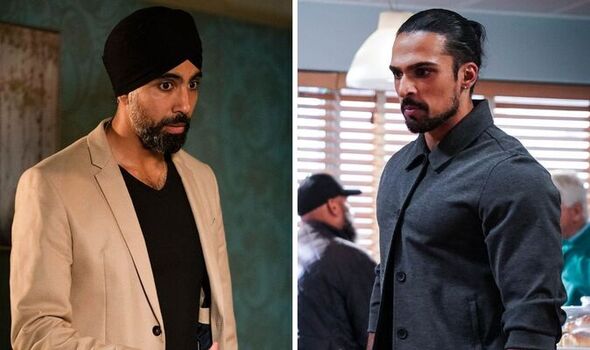 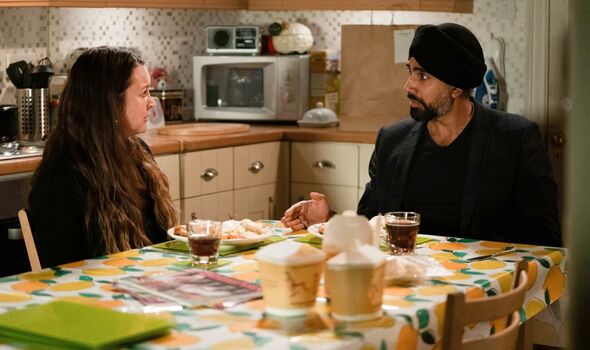 Meanwhile, Nina Harris (Hersha Verity) panics about the Ranveer situation, which she knows all about.

She puts pressure on Ravi to push on with their plan but it’s clear Ravi is more concerned about Nish and wants everyone to know he’s his dad.

She is soon distracted when she gets a worrying call from Ash about Nish’s accident.

Nina arrives to find Ash tending to Nish, but is worried when Ravi gets too close to his real dad.

Later, when Ash is alone with Nish, the two share some touching words. 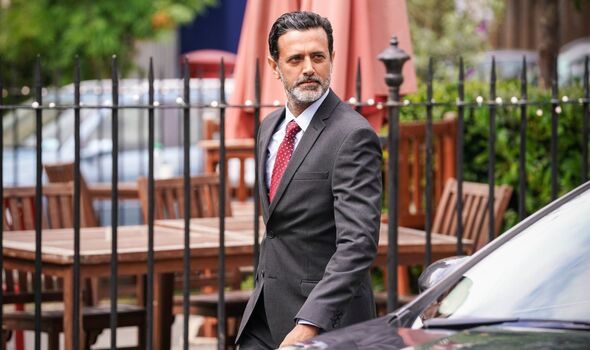 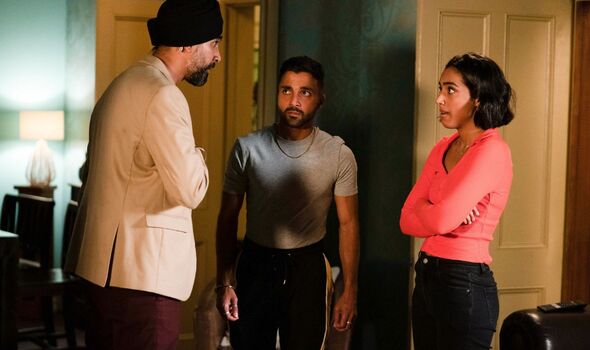 Elsewhere, Kheerat fumes after the run-in with Nish and his day gets worse when he realises Stacey knew about Suki and Eve Unwin (Heather Peace) and also about his father.

Feeling betrayed, Kheerat leaves and is despondent to find Nish has now also managed to win Ash around.

When Stacey encourages teen daughter Lily Slater (Lillia Turner) to make up with Amy Mitchell (Ellie Dadd), Lily gives her mum a reality check about her situation with Kheerat.

This leads Stacey to confront her partner about their relationship.

Could the two also split up on top of everything that’s going on with the family?

Back at home, Kheerat makes a huge decision and tells Vinny and Ash why their dad was really in prison.

The two confront Nish about what Kheerat has told them, leaving him silently furious.

Nish sees an opportunity to build bridges, but during the evening, Kheerat seethes at his dad.

Meanwhile, Nina tells Ravi she’s reporting Ranveer as missing because declaring him dead is the only way to get his money.

Suki has been close to telling secret love interest Eve all about Ranveer because the situation has left her disturbed.

Eve knows that Ranveer tried to rape Suki, but still has no idea that he is dead, or that Suki believes she is responsible.

Could she finally reveal all to Eve? Stacey has been worrying about her friend getting close to Suki, and now that she knows what Nish was in prison for, she will likely be more concerned.

She might tell Eve to watch out because Nish had killed someone for getting too close to Suki in the past.

Wanting to help Suki escape everything that’s going on, will Eve persuade her to leave the Square with her?

Eve might see it as a way of protecting them both from Nish and the law.

However, with Nina and Ravi plotting their schemes, they will likely want to keep a close eye on Suki to make sure she remains quiet about what happened to Ranveer and the fact Ravi disposed of his body.

Will Kheerat, who has been pushed away, ultimately be the one to uncover the truth?

He has never trusted Ravi and how close he has suddenly become to Suki and might do some digging.

Will EastEnders see a double exit, with Suki and Eve fleeing Walford?

EastEnders continues on Tuesday at 7.30pm on BBC One.

9-1-1's Oliver Stark Reacts to Buck's Tragic Origin Story, Including How 'He Can Finally Start to Move Past It'