Sharon (played by Letitia Dean) has been the landlady of the Queen Vic on more than one occasion, given the establishment is her birthright as her adoptive parents Den Watts (Leslie Grantham) and Angie Watts (Anita Dobson) were EastEnders’ first pub owners. However, the final episode of the BBC soap which aired last month saw the Walford icon make a deal with Ian Beale (Adam Woodyatt) and take on the deeds to the business one more time after Mick Carter (Danny Dyer) and Linda Carter (Kellie Bright) decided to sell up shop. She just managed to topple her estranged husband Phil Mitchell (Steve McFadden) to the billing, revealing in her victory as she snatched away his chances of becoming boss. In upcoming scenes, she could see all her hard work unravel if a former lover returns to town with more than enough money in their back pocket to take her down.

Last year, the soap icon embarked on a scandalous affair with teenager Keanu Taylor (Danny Walters) and they managed to keep their dalliances under wraps for several months.

The mechanic soon found himself in a relationship with Louise Mitchell (Tilly Keeper) to play face but ended up getting her and his mistress pregnant, leading to a colossal showdown at Christmas.

Faking his own death and then turning up out of the blue during the serial drama’s 35th-anniversary episodes in February, the beloved character finally made his exit after it was announced actor Danny, 27, was leaving the show.

Since then, his young son Kayden Mitchell has been passed from pillar to post as Sharon wasn’t able to look after him following the death of her elder child, Dennis Rickman (Bleu Landau) and left the tot in the hands of his grandmother, Karen Taylor (Lorraine Stanley).

After a shock U-turn, the mother-of-two decided to keep her son and is now living it up in the Queen Vic but after turning her back on her young lover to try and salvage her reputation, will she live to regret her actions as he returns to destroy her? 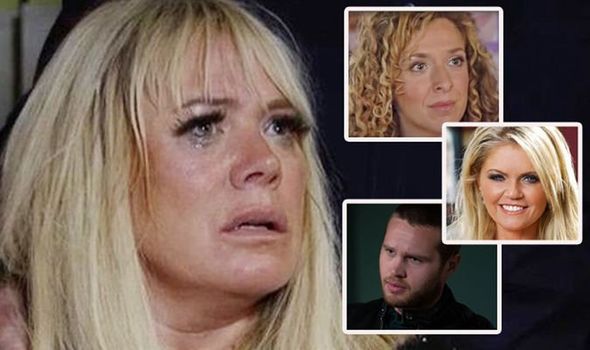 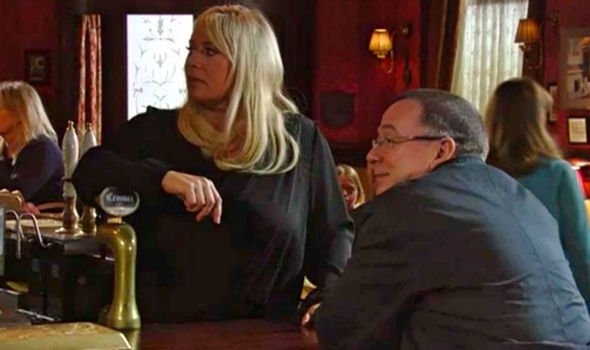 Following his exit earlier this year, nothing has been heard from Keanu, with viewers last seeing him bidding farewell to his mother at the tube station after the fatal boat crash on the Thames.

With so little known about the youngster’s whereabouts, it could be he has found himself a well-paid job and is becoming quite plush as a result.

Once he has enough, the former mechanic could decide he needs to return to his family and try to make contact with his son.

However, seeing how well Sharon has done for herself after tossing him aside, could he take revenge and do some underhand dealing to ensure he takes on the deeds to the Queen Vic? 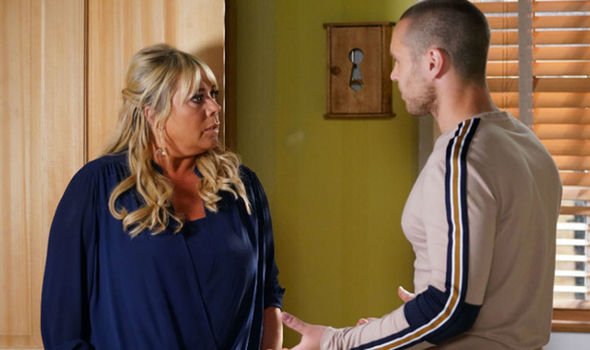 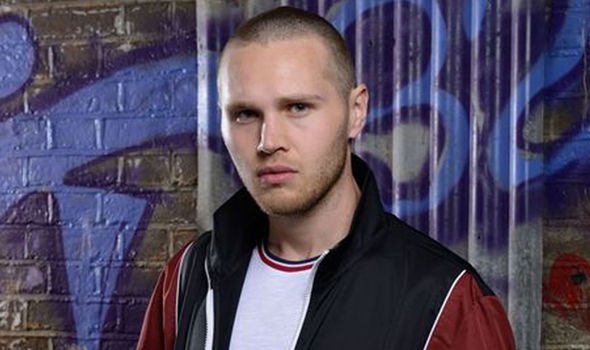 The door is left open

Speaking to Inside Soap Magazine, Karen actress Lorraine, 44, has put her support behind bringing her character’s eldest son back to Walford.

The soap star said: “I really miss Danny Walters, as we had the best laughs on set. We would be really silly, rude and naughty! We’ll stay in touch and I wish him really well – it was a loss for us Taylors.

“We’re all gutted he’s gone. We want him to do well, but we want him to come back,” she continued, before teasing a return in the future.

“The door is left open, and Keanu has a son on the Square, so you never know. We’ll miss him and he’ll do well – gorgeous boy!”

As she has suffered such loss over the past year, having the Queen Vic taken away from her could be the straw which breaks the camel’s back for Sharon.

Not only has she had to grieve the death of young Dennis, but she has also turfed out her family home and her marriage is beyond the point of repair.

The soap icon could also see one of her strongest relationships on the Square break down as she is set to discover a dark secret Ian has been keeping from her.

Giving birth to Kayden on the night of the boat crash, the landlady doesn’t actually know how her eldest son died.

What viewers and Dotty Cotton (Millie Zero) know is Ian locked the teenager in one of the rooms below deck out of revenge for his own son Bobby Beale (Clay Milner Russell) who had been beaten up by a group of thugs.

When the vessel tried to fill with water, the ruthless businessman tried to save the youngster, but his efforts were fruitless.

Since then, he has managed to keep his part in the youngster’s demise from Sharon, making their deal to run the pub together at greater risk of turning hostile.

Could it be Ian who hands the establishment over to Keanu for a hefty price as he realises he needs to keep his distance from the soap icon?

EastEnders: Secrets From The Square continues Monday at 8pm on BBC One.